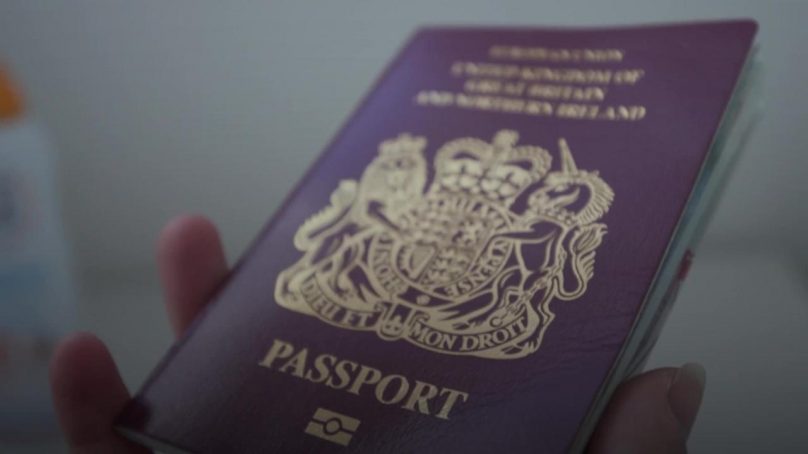 Researchers reacted with relief to the news that the United Kingdom and the European Union had reached a last-minute trade deal on December 24 – ending more than four years of uncertainty over what their relationship after Brexit would look like.

The deal has wide-ranging impacts for scientists — most importantly, it means that UK researchers will take part in Europe’s €85-billion ($106 billion) flagship research programme, Horizon Europe.

“The UK’s continued participation in the world’s largest research programme is a symbol of hope and solidarity,” Catherine Guinard, policy and advocacy manager at the London-based biomedical charity the Wellcome Trust, wrote on Twitter.

In his speech outlining the agreement, UK Prime Minister Boris Johnson said that the deal meant “certainty for our scientists who will be able to continue to work together on great collective projects.”

The trade deal means that the United Kingdom will become an ‘associate’ member of Horizon Europe, which will formally start this month but will not issue its first grants until March or April. This means UK-based researchers will be able to take part in the programme in the same way as their EU colleagues – including winning prestigious grants from the European Research Council and Marie Skłodowska-Curie Actions programmes.

But UK researchers and firms will be excluded from Horizon Europe’s new European Innovation Council Fund, which is designed to support start-up and university spin-out firms.

The association is “fantastic news for the scientific community on both sides of the channel”, said Vivienne Stern, director Universities UK (UUK) International, a body that represents UK universities globally, in a statement.

The UK will pay into Horizon Europe a sum that is proportional to its gross domestic product and this cash will boost the programme’s overall budget, although the figure has yet to be announced. If, for two consecutive years, the country takes out more than it puts into the programme, by an amount that exceeds eight per cent of its contribution, it will have to reimburse the EU to cover the difference.

An agreement defining the fine details of the association must now be made, and UK researchers will not be able to participate in the programme until this happens. A committee of UK and EU representatives will discuss and approve the terms of association.

“Let’s hope that the gap can be kept as small and short as possible,” says Kurt Dekeletare, secretary-general of the League of European Research Universities in Leuven, Belgium.

UK participation and funding from Horizon 2020 fell significantly following the Brexit vote in 2016, despite UK scientists remaining eligible on the same terms as their EU colleagues. A challenge for the coming years will be to look at how much the United Kingdom has missed out and work on how to “build back our influence” after years of uncertainty, says Mike Galsworthy, who co-leads the Scientists for EU campaign group.

Under the Brexit agreement, the United Kingdom will also now become an associate member of the Euratom research programme, which covers nuclear research and UK participation in ITER, the world’s largest nuclear-fusion experiment, currently under construction in southern France.

“It’s what we were hoping for all along,” says Ian Chapman, head of the UK Atomic Energy Authority. The United Kingdom formally left Euratom on January 31, 2020, although its participation remained unchanged during the transition period. It may be months before a separate agreement for this association is reached, but Chapman says it will be applied retroactively to January 1, meaning that the United Kingdom’s relationship with European partners in this area should be able continue as before Brexit. “It was a great Christmas present,” he says.

The Euratom agreement should also make it much easier to negotiate further funding extensions from the European Commission for the UK-based, but largely EU-funded, Joint European Torus (JET), he says.

The research facility, which is testing fuel technologies for ITER, has a funding contract with the commission until October 2021, but it has faced several funding cliff-hangers since the UK voted to leave the EU. “The hope is that JET will continue for at least another couple of years, before ITER turns on in 2025,” says Chapman.

Under the trade deal, the United Kingdom will remain part of the Copernicus Earth-observation satellite programme. This fleet of satellites generates climate data including on atmospheric gases, air quality, temperature and sea-level changes. But the country will not participate in the EU’s Galileo satellite-navigation system. The United Kingdom remains a member of the European Space Agency, which is not an EU body.

Many researchers had feared that products travelling between the United Kingdom and the EU would be subject to significant new tariffs, causing delays in getting products into the country. But the deal includes tariff-free trade in goods, which means that imports of crucial laboratory equipment and consumables should face few additional hurdles, although there will be some increased customs checks.

As part of the deal, the United Kingdom and EU have agreed to recognize each other’s quality standards and inspections of medicines, which means that extra safety checks won’t be needed when moving drugs over the border.

That “should minimize any disruption of supply, including products being tested in clinical trials”, says Emlyn Samuel, director of policy and public affairs at the London-based charity Cancer Research UK.

But a feared bureaucratic hurdle has come to pass: despite the deal, UK-led trials that span several European countries will now need to hire an individual or organization in the EU to act as a legal representative. “This is a hindrance for international collaboration,” says Samuel.

He notes that some research on cancer – in particular involving rare or paediatric diseases – for which there are fewer patients, relies on clinical trials that work in multiple countries.

Separate to the deal, the United Kingdom is still waiting for the EU to decide whether its data-protection regulations are “adequate”.

This would allow UK institutions to continue to freely receive personal data from EU countries, including patient data from clinical trials. As an interim solution, negotiators agreed to keep current rules in place for up to six months, which should give the European Commission time to complete its assessment.

Many scientists are lamenting the United Kingdom’s decision to withdraw from Erasmus+, a popular programme that allows EU citizens to study abroad in dozens of countries and is seen as key to encouraging international collaboration. In 2018, more than 17,000 UK university students used the programme.

The United Kingdom is replacing Erasmus with the Turing Scheme, a £100-million (US$138-million) initiative that the UK government says will be more global and will also focus on students from disadvantaged areas.

It will “deliver greater value for money to taxpayers”, the government says, but the scheme will not cover inbound students from other countries. UUK estimates that when incoming Erasmus students’ spending is considered, the United Kingdom made a net profit of £243 million a year from participation in Erasmus.

Brexit ended ‘freedom of movement’ between the United Kingdom and the European Union, which means people can no longer move unrestricted between the two regions to work and live, although short visits remain visa-free.