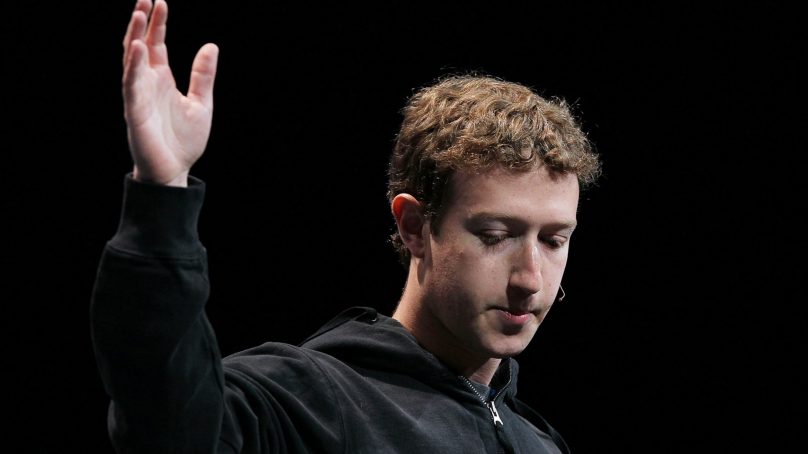 As of Thursday morning, following a day in which a mob of the president’s supporters violently invaded the US Capitol, the president’s Twitter account was temporarily frozen. YouTube had taken down his latest video and most remarkably, Mark Zuckerberg had announced that Trump’s Facebook and Instagram accounts were suspended indefinitely.

How did we get here? The sequence that led to Trump’s suspension for inciting violence began, ironically, with him calling for peace. A few minutes after president-elect Joe Biden gave a speech urging him to call off the mob, Trump released a brief recorded video in which he told his supporters to “go home.”

The trouble is that he couldn’t resist insisting that the election had been stolen – the precise false claim underlying the day’s chaos. Soon, Facebook and YouTube had taken the video down and Twitter had added a fact-check label and blocked users from liking, retweeting or replying to it.

Facebook and Twitter also removed similar posts in which Trump called backhandedly for peace while repeating his rigged election claims. As Facebook put it in a blog post, the video and posts were likely to “contribute to, rather than diminish, the risk of ongoing violence.”

Taken in isolation – and hold that thought, we’ll come back to it – that explanation struck me as odd. Trump’s announcement was short; you may as well read the whole thing:

“I know your pain. I know you’re hurt. We had an election that was stolen from us. It was a landslide election, and everyone knows it, especially the other side, but you have to go home now. We have to have peace. We have to have law and order. We have to respect our great people in law and order. We don’t want anybody hurt. It’s a very tough period of time. There’s never been a time like this where such a thing happened, where they could take it away from all of us, from me, from you, from our country. This was a fraudulent election, but we can’t play into the hands of these people. We have to have peace. So go home. We love you. You’re very special. You’ve seen what happens. You see the way others are treated that are so bad and so evil. I know how you feel. But go home and go home at peace.”

This was demented stuff – classic Trump – but I struggle to read it as an incitement to further violence. Yes, he repeated the “stolen” myth; but his supporters had already been steeping in that particular brew for months. What was new here was Trump telling them repeatedly to go home.

I went to Parler, the self-styled “free speech” platform and de facto right-wing Twitter, to see how the video was being received by Trump’s supporters. Judging from the comments, many were furious or disappointed, or insisted that the rioters were really Antifa plants, but they also were interpreting Trump’s message literally – that is, as a call to stand down.

Why did the big platforms conclude otherwise? In an internal memo obtained by The New York Times’s Mike Isaac, Facebook CEO Mark Zuckerberg described the video as “expressing support for the people causing the violence.”

The fact that Trump told the rioters that he loved them, that they’re “special,” was more salient than his calls for peace. In a way, it was Charlottesville 2.0: a replay of the moment when Trump, by way of attempting to condemn white supremacist violence, insisted that there were “very fine people” taking part in the infamous Unite the Right rally.

Indeed, the Trump video was nothing new. He never condemns even his most odious supporters, be they the Proud Boys, QAnon diehards, or parties to a kidnapping conspiracy, and he always lies about stolen elections. Ban that, and you may as well ban Trump – which is what eventually happened.

What changed was not the content, but the context. Against a backdrop of real-world violence, perpetrated by a crowd that Trump had personally whipped up, it no longer made sense to evaluate his words in isolation.

Zuckerberg made this plain in a blog post on Thursday morning. “The shocking events of the last 24 hours clearly demonstrate that President Donald Trump intends to use his remaining time in office to undermine the peaceful and lawful transition of power to his elected successor, Joe Biden,” he wrote. “We believe the risks of allowing the President to continue to use our service during this period are simply too great.”

So social media finally drew a line. The question that lingers is whether they should have drawn one earlier. Should it take a terrifying physical assault on the Capitol, while Congress is in session, to stop letting a demagogue like Trump use their platforms to convince millions of Americans that their country is being stolen from them? Or could yesterday’s mayhem have been prevented if Twitter, Facebook, and YouTube had taken a harder line against Trump months or years ago?

I’m afraid I don’t have the answer. Social media has clearly played a role in creating the conditions for yesterday’s catastrophe. Indeed, Trump and his allies used the platforms to disseminate the stolen election theory and stoke his supporters’ anger. Trump even exhorted them to come cause trouble. “Big protest in DC on January 6,” he tweeted in December. “Be there, will be wild!”

But it’s hard to say exactly what types of lies and provocation should be out of bounds, especially when a handful of powerful companies are the ones who get to decide. Social media, meanwhile, exists in a much broader communication ecosystem that includes right-wing media like Fox News – which has loyally disseminated Trump’s propaganda and where, last night, top host Tucker Carlson was already twisting the day’s chaos into a deranged screed against the left – and provides someone as powerful as the president of the United States ample ways to get his message out.

Nor are Twitter, Facebook and YouTube the only players. As several journalists noted on Wednesday, participants in the “Save America” rally largely organised on alternative networks that have become the refuge of people pushed off of the big platforms.

Cracking down on certain types of behaviour involves a difficult trade-off between limiting its reach and allowing it to flourish in darker corners of the internet that may be harder to monitor.

Then there’s the social media business model itself, which optimises for engagement in order to sell targeted advertising and has been blamed both for amplifying dangerous conspiracy theories and for siphoning money away from producers of honest journalism.

Those are problems that banning Donald Trump doesn’t begin to address. But perhaps they’ll be easier to think about if we’re not constantly talking about the man’s tweets. So, hey: It’s a start.