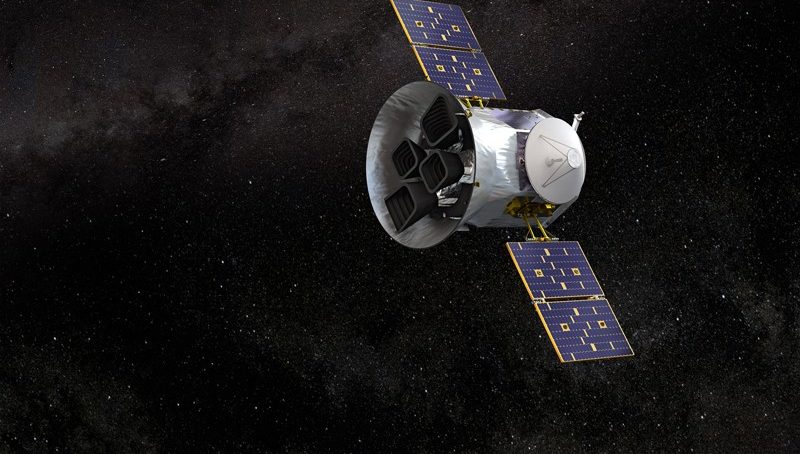 Astronomers have discovered a world only a little bit bigger than Earth, whirling around a bright star about 31 parsecs from our planet.

The world, known as TOI 700 d, orbits in its star’s ‘habitable zone’ – the region in which liquid water could exist. Astronomers know of only a handful of such worlds.

“We don’t have that many Earth-sized planets in the habitable zone,” says Elisa Quintana, an astronomer at NASA’s Goddard Space Flight Center in Greenbelt, Maryland. “Having one around a nearby bright star is exciting,” she says, because scientists can more easily study planets around nearby stars than around distant ones.

Emily Gilbert, an astronomer at the University of Chicago in Illinois, and her colleagues discovered the planet using NASA’s Transiting Exoplanet Survey Satellite (TESS). It is the first Earth-sized planet discovered by TESS that lies in its star’s habitable zone.

Gilbert reported the discovery on January 6, 2020 at a meeting of the American Astronomical Society in Honolulu, Hawaii.

TESS, which launched in 2018, has been sweeping the night sky, looking for nearby stars – those within about 60 parsecs – that periodically dim as an orbiting planet passes in front of them. It has found more than 1,500 planet candidates so far using this method.

This figure includes three planets orbiting the star TOI 700. Two travel close to the star, whizzing around every 10 and 16 days, respectively. The third, TOI 700 d, orbits the star once every 37 days, and is far enough away to be in the star’s habitable zone.

Astronomers know that the planet is 1.2 times the size of Earth. They have not yet been able to measure its mass, which would allow them to calculate its density and determine whether it is rocky like Earth, or gassy like Neptune.

Even if it turns out to be rocky, TOI 700 d probably won’t be Earth’s twin. “This very interesting planet is going to be a very different place from Earth, because it’s in a very different environment,” says Gabrielle Engelmann-Suissa, an astronomer at Goddard.

TOI 700 is smaller and dimmer than the Sun, meaning that its planets are bathed in a fainter light. But because TOI 700 d is in the habitable zone, it could have liquid water on its surface or in its atmosphere, which most scientists consider a prerequisite for extra-terrestrial life.

TESS has uncovered other intriguing planets as well, astronomers reported at the conference. One whirls around not one but a pair of stars, the first such ‘circumbinary’ planet found by the spacecraft.

Another newfound planet orbits a star known as AU Microscopii, about 10 parsecs from Earth. That star is very young — only about 20 million years old — and has a disk of gas and dust swirling around it, out of which planets might still be coalescing.

That makes it a laboratory in which scientists can explore how planets are born from these sorts of disks, Peter Plavchan, an astronomer at George Mason University in Fairfax, Virginia, said at the meeting.