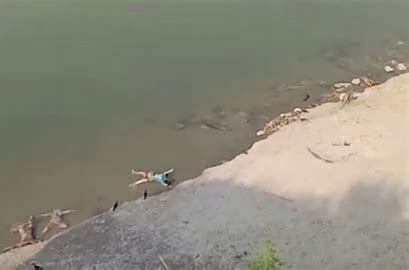 After recent tensions with the Ethiopian government, some aid workers in the Tigray question whether advocacy is now even the right strategy.

For now, the only access point into Tigray for humanitarian agencies is a roughly 450-kilometre stretch of road from the neighbouring Afar region. In July, a World Food Programme (WFP) convoy was attacked along the route – reportedly by an Afar militia.

Although the government has accused the Tigray People’s Liberation Front (TPLF) of blocking the route through its military operations, aid workers say Addis Ababa and its allies are responsible for denying access, and for shutting down other possible routes into Tigray.

Many view the blockade as a military strategy by a government unable to beat the Tigray Defence Forces (TDF) on the battlefield. “I think it is the only viable weapon they now have,” said Mohamed Kheir Omer, a political analyst closely following the conflict.

Although 157 trucks reached Tigray from Afar early August, much more aid is needed. “Just because they allowed trucks in for some visibility at the time of a high-level visit [by Griffiths] doesn’t change the fact that there is an ongoing blockade,” said the first senior official.

A third senior relief worker, who was recently in Tigray, said fuel shortages caused by the blockade have prevented aid groups from trucking water to displacement camps, leaving some sites with no supplies for weeks.

As agencies scale back their operations – some are now entirely non-operational – the official said local NGOs and community groups are trying to fill the gaps. “They are doing their best, but the gap is huge,” the official said.

“Just because they allowed trucks in for some visibility at the time of a high-level visit [by Griffiths] doesn’t change the fact that there is an ongoing blockade.”

Agencies have requested frequent flights through the United Nations Humanitarian Air Service. But just two flights have been authorised by the government so far, making it difficult to rotate staff in and out of the region, and to respond to medical emergencies.

The aid officials who spoke to The New Humanitarian said Tigray-based colleagues are struggling to contact their families due to communication issues; are forced to work in the dark; and in some cases are down to one meal a day for want of cash.

“Staff have not been paid salaries for one or two months [in some cases],” said the third official. “In an environment of inflation and price rises, it puts staff and their families in a precarious situation.”

Allegations that humanitarians are providing weapons and other support to the TDF – dubbed a terrorist group by Addis Ababa – meanwhile, amount to a form of “psychological warfare” against them, said the first senior official.

As the TDF move deeper into neighbouring regions, humanitarian needs are growing.

In recently captured Lalibela – home to 12th century rock-hewn churches – Amhara residents fled in anticipation of the rebel advance, said a former resident who is currently in Addis Ababa but had spoken to several relatives in the city in recent days.

The former resident, who asked not to be named for security reasons, said that TDF forces have not engaged in any looting or physical attacks “as feared” but have requested locals provide them with food.

In Woldiya, another Amhara city, a resident – who also asked not to be named – described the area as “teeming with tens of thousands of displaced people” who have fled TDF advances from other cities and smaller urban and rural centres.

The second senior aid official said agencies can expect fewer restrictions in Amhara and Afar, where a further 50,000 people are displaced, than in Tigray, but added: “This new escalation further [highlights] that the need is growing at a rate greater than our ability to [respond].”

What happens next in the conflict is unclear. For now, the TDF remains on the front foot, though Omer, the political analyst, said it may be “over-stretching” as it fights foes on multiple fronts.

“This new escalation further [highlights] that the need is growing at a rate greater than our ability to [respond].”

While the government has launched a recruitment drive and threatened new operations, morale is low, said Omer. Ethnic militias have been drafted in to support federal forces, but it is unclear how much fighting they have done, or will do, the analyst added.

Amhara forces have called for all “young people” to mobilise as they seek to push back the TDF advance and defend annexed parts of Tigray they say were unilaterally taken from their region by the TPLF in 1991.

Among the annexed areas are large parts of western Tigray from which thousands of Tigrayans have been forced out in recent months – a campaign the US has called ethnic cleansing.

Reclaiming the disputed lands, which border Sudan, would return Tigray to its pre-war borders, and help the TDF break the federal blockade by opening up a supply route through a neighbouring country.

As Amhara and other pro-government forces in western Tigray prepare for an assault, killings are already taking place: Dozens of bodies – some identified as Tigrayan –reportedly washed up on the Sudanese side of a border river last week.

The killings – which the government called TDF propaganda – follow comments from Abiy that referred to the TPLF as “weeds” and “cancer” – language a UN special advisor on genocide prevention said risked “pulling communities apart” and fuelling atrocities.