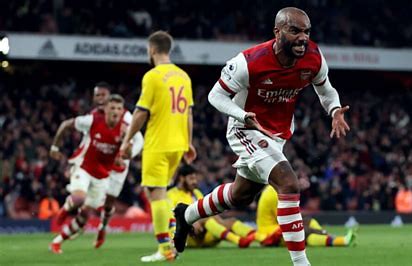 Mikel Arteta highlighted the attributes that contributed to an impressive win for Arsenal against Aston Villa and used it as evidence that some of his younger players are ready.

Arsenal produced one of their best performances of Arteta’s reign to beat Villa 3-1. Thomas Partey kicked things off with his first goal for the club before Pierre-Emerick Aubameyang and Emile Smith Rowe also added goals prior to Jacob Ramsey’s consolation for the visitors.

The win extended Arsenal’s unbeaten run to seven games in all competitions and lifted them into the top half of the Premier League table.

Arteta, who was the Premier League’s manager of the month in September, seems to be steadying the ship after some tricky times. He has now shown what his side are really capable of and explained what the key factors behind that were.

Arteta told BBC Sport, “The way we started the game and the way we continued [were good]. We attacked them really aggressively, we won every duel. We were creative, a threat. I’m proud of the team, they played really well. This is how we have to play. This is when we are good, when we play with real desire, real commitment and can have clear ideas of how to attack them. We are closer together as a team. Our decisions were good. We have good players.”

Arsenal dominated the first half in particular, having the highest number attempts of any Premier League game under Arteta.

However, it took until the last moments of the half for them to make it 2-0. Arteta admitted the goal was crucial and that there could have been some worries without it.

He said, “That was the worry. That goal was really helpful. We deserved many more. Villa are a really good side. When they had a little bit of the ball in your half, they can cause problems.”

The goal came after VAR awarded a penalty after the referee had already blown the half-time whistle. Alexandre Lacazette had been brought down in the box and it was eventually noticed.

Arteta said, “This is why VAR is good. The ref can’t see it. VAR overturned.”

A number of Arsenal’s younger players were among the protagonists throughout the game. Smith Rowe was particularly impressive, but Nuno Tavares also caught Arteta’s eye. He felt the way they played was justification for a focus on youth and that such players are ready.

“This is what you get [from young players]. They can get you the level, they need the consistency. That comes with experience and maturity. It has to happen now. They showed they can do it tonight.

“It was really impressive what they did, especially Nuno Tavares. This was his first start. To play with courage, credit to the boy. We reviewed the Crystal Palace game, how we started and why we weren’t consistent in the game. We put it right today.”