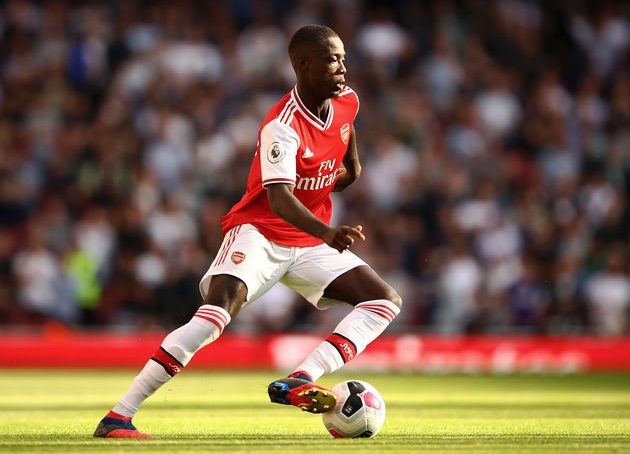 Does Mikel Arteta a problem with players of African origin? When the Gunners’ boss arrived at the Emirates nearly two years, Arsenal strikers Pierre-Emerick Aubameyang and Alexandre Lacazette had formed a partnership that carried Arsenal through a tur Bulent phase. Their goal celebration suggested an understanding on and off the pitch that managers look to create the necessary cohesion in the team.

Then there were academy graduates that included Eddie Nketiah and young blacks who were eager to excel. Save for Bukayo Saka who has been phenomenal since he broke into senior ranks, the rest of players of African descent have played bit-part, even when Arteta’s favoured white players were embarrassingly off-form.

Lacazette’s current indifference tells the story of African players in the dressing room: they don’t like Arteta’s attitude towards them.

The Arsenal boss’s matchday squads have often raised eyebrows. Initially, his questionable team selection was attributed to naivety until he reduced to Lacazette – if lucky – to the bench. The Frenchman has been productive in front of goal and his defensive play places him above any other Arsenal forward.

The revelation that Arteta has problems with winger Nicolas Pepe adds to a pattern that is becoming a bit too familiar at the Emirates. Arsenal fans cannot resist reading racism – hitherto absent until Arteta was tapped from Manchester City.

As the stand-off between Arteta and Aubameyang rolls on, it has emerged that Pepe continues to be inexplicably side-lined from Arsenal ‘s starting line-up as their issues at the top end of the pitch persist. It is never it that Pepe is arguably Arsenal’s best ball carrier and one of the finest dead-ball specialists in the team.

The Ivorian has been on the fringes of the Gunners squad in recent weeks despite the fact that Pierre-Emerick Aubameyang is nowhere to be seen after a disciplinary breach, which has led him to be stripped of the captaincy.

Arteta has opted to start Alexandre Lacazette in his place with Eddie Nketiah and Gabriel Martinelli seemingly above Pepe in the pecking order. The winger cost Arsenal £72 million ($96 million) from Lille and has been unable to live up to his hefty price tag.

And it seems Arteta is running out of patience with his misfiring star as the Spaniard has left him on the bench recently.

There is no getting away from the fact that Pepe has been inconsistent since arriving at the Emirates, but his continued absence is puzzling considering the Gunners’ struggles at the top end of the pitch – and their lack of depth.

Arsenal can’t create chances – they have taken 10 or fewer shots six times this season, which is 40 per cent of the games they’ve played so far.

Pepe has ranked top in terms of dribbles attempted per 90 at Arsenal both this season and last (minimum 700 league minutes played).

Arteta wants his players to adopt a more possession-focused style of play with an emphasis on his team creating shooting opportunities through short and quick passes – he rarely has individuals in his side that like to hold onto the ball.

This is highlighted by the fact no Premier League team attempted fewer dribbles across the campaign than the Gunners.

Pepe was an unused substitute in the 2-1 defeat to Everton as Nketiah was deployed off the bench instead of the Ivorian. Asked why he opted for the Englishman over Pepe, he said: “Because I decided to play Eddie today. He created three chances and hit the post once in 25 minutes I think.”

When pushed on the decision, Arteta claimed that it was his performance in training that merited his place in the squad ahead of other players – suggesting Pepe has not been showing enough in training to be picked.

Pepe might not be best suited to Arteta’s system, but the Spaniard’s comments about his effort doesn’t bode well for his future at the club. Pepe’s situation, coupled with Aubameyang’s disciplinary issues, suggests Arsenal will add attacking reinforcements in January. And Arteta revealed that if the right opportunity presents itself, they will act on it.

He said, “We are in discussions. We have talks every week about it, how we can improve the team, and what things can happen in the January transfer window that can affect our squad.