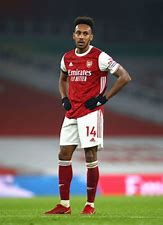 Arsenal have announced that Pierre-Emerick Aubameyang has been stripped of the club captaincy.

The Gabon international is thought to have returned late from a trip to France last week and was subsequently dropped for Saturday’s clash against Southampton. Now the club have confirmed that he has both been stripped and will not feature in Wednesday night’s meeting with West Ham.

A statement on Tuesday declared simply, “Following his latest disciplinary breach last week, Pierre-Emerick Aubameyang will no longer be our club captain, and will not be considered for selection for Wednesday’s match against West Ham United.

“We expect all our players, particularly our captain, to work to the rules and standards we have all set and agreed. We are fully focused on tomorrow’s match.”

It increases the question marks that surround the striker’s long-term future at the Emirates under head coach Mikel Arteta.

Arteta confirmed the player had fallen foul of his infamous ‘non-negotiables’ prior to kick-off against the Saints.

“It was a disciplinary breach and that’s why he was out of the squad,” the Spaniard explained. “I am not going to say anything else. I am going to focus on the performance and what the team did on the pitch.”

This is not the first time Aubameyang has been punished by the Gunners boss, having been dropped for the north London derby earlier this year. The 32-year-old was reportedly late for the pre-match team meeting and in turn forced to watch the entire 90 minutes from the substitutes bench.

After being allowed to keep hold of the armband in the aftermath, it is clear Aubameyang has now spurned his second chance in the eyes of the manager.

The news also ensures the striker is the second Gunners captain to be stripped of the armband in two years, after Granit Xhaka’s foul-mouthed outburst at fans in late-2019. The decision to strip the former Borussia Dortmund man of his role as captain is likely to only increase speculation over an imminent departure.

Arsenal have been tipped to replace his influence with a number of strikers, with Everton’s Dominic Calvert-Lewin the latest to be touted with a switch to the Emirates.

While the club have confirmed Aubameyang is not in contention for Wednesday night’s clash with the Hammers, it remains unclear how long his in-house suspension will last.