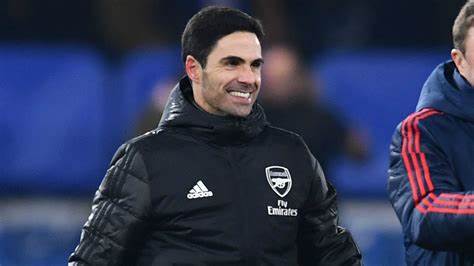 Arsenal boss Mikel Arteta has reportedly suffered a huge blow in his bid to land a top goal scorer next summer.

The Spaniard can currently rely on skipper Pierre-Emerick Aubameyang and Frenchman Alexandre Lacazette in attack. But Aubameyang is now 32 and entering the final years of his career, while Lacazette is out of contract in June and could move on.

Newcastle and West Ham are monitoring the 30-year-old’s situation and could snap him up on a free transfer, which would be a great piece of business.

The Gunners need to sort out their striker situation next summer. A number of players have been linked, such as Sweden international Alexander Isak. Isak recently put Arsenal on alert by revealing his dream of playing in England.

The Real Sociedad man has a €90 million ($103 million) release clause in his contract but could be available for just £34 million ($46 million). Liverpool are ready to rival Arteta’s side for the player’s signature.

Arsenal’s top priority is thought to be Dusan Vlahovic of Fiorentina. He has caught scouts’ attention by putting up Erling Haaland-level numbers in Serie A. He is already on 10 goals in just 13 matches for the current campaign.

CaughtOffside, citing reports in the Italian press, give an update on Arsenal’s hunt for Vlahovic. They write that it has taken an ’embarrassing’ turn. Club officials recently tried to contact the Serbian’s entourage but had no response. Vlahovic and his team will not even entertain the idea of discussing a move to Emirates Stadium.

The player’s representatives want him to secure a big-money move to a major Champions League outfit. Liverpool, Man City and Juventus are all hoping to land him.

Vlahovic recently sped up the process by rejecting the offer of a new contract with Fiorentina. His current deal expires in 2023, meaning they must sell next year or risk losing the 21-year-old on a free.

Rumoured Arsenal target Lorenzo Insigne is of a similar mind to Vlahovic, according to Italian journalist Antonio Giordana. He said recently:

“If I go away from Napoli, I do it only for a very high range, and Arsenal and Tottenham are not a part of it. Are we really sure that the right offer would come from these teams? Do you need Insigne? And are we sure that Lorenzo would get back into the game abroad, at 31, to learn a new language and be ‘Insigne among others’?”

Insigne has already registered four goals and three assists in the league this term, in addition to a goal in the Europa League. He was an important player for Roberto Mancini’s side as Italy won the Euros earlier this year.