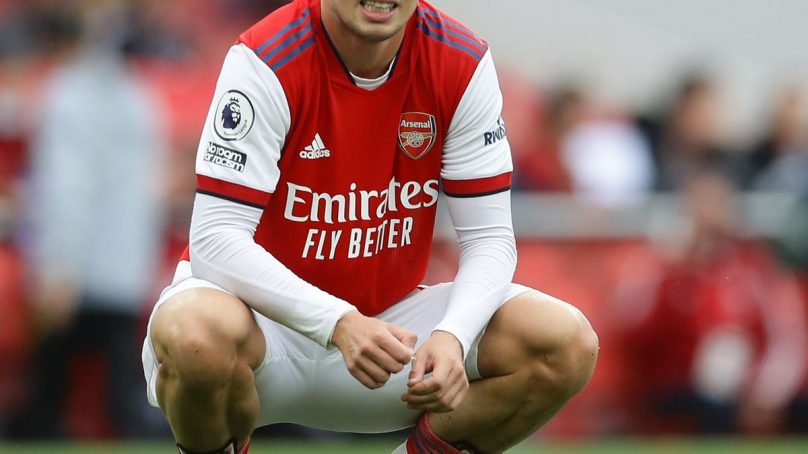 Arsenal playmaker Emile Smith Rowe candidly discussed his unsuccessful Chelsea trial upon receiving his first England call-up, while he has also confirmed he snubbed Tottenham. Smith Rowe confesses it was “difficult to take” being turned away by Chelsea after an unsuccessful trial with the club.

But his dismay soon turned to delight as he was snapped up by Arsenal – the team he supports – at the age of 10, setting him on a course for a meteoric rise to becoming a Premier League star and England international.

Smith Rowe, 21, has scored in each of his last three top-flight games and was called up to the Three Lions squad on Monday after James Ward-Prowse and Marcus Rashford withdrew.

The Gunners No.10 declared it is a “dream come true” to represent his country – something he could not have envisaged as a child after being rejected by Chelsea.

“Before I went to Arsenal, I went on trial at Chelsea through one of my team mates at my local team,” Smith Rowe told reporters on Tuesday.

“He was on trial there already and he put in a word for me. I don’t know how he managed it but I got a trial at Chelsea but I didn’t get it.

“It was difficult to take it at the time, being so young, but I went straight into Arsenal after that and luckily I got in and I haven’t looked back since.”

Emile Smith Rowe’s Chelsea trial dazzled onlookers but harsh rejection led to Arsenal. Smith Rowe has been on Arsenal’s books since 2010 and he has racked up 12 goals and nine assists in 58 appearances for the first team.

The playmaker provided more details about his trial at Chelsea aged “seven or eight” during an interview with The Guardian during which he also confirmed he turned down Tottenham Hotspur’s approaches while a 15 or 16-year-old.

“I went in for about three or four weeks but, at the time, I was quite small, really skinny and just kept getting pushed off the ball,” Smith Rowe said of his Chelsea trial.

“I wasn’t getting involved and touching the ball enough. That’s what it felt like, why I didn’t get in.”

Although Smith Rowe was downbeat about his brief stint with the Blues, England teammate Reece James spoke highly of the impression he made.

“He came to Chelsea when he was quite young, actually, on trial,” James said of Smith Rowe. “I remember playing with him and playing against him.

“Even when he moved to Arsenal, I always knew he was a top player and I think this season he’s shown how good he is and why he’s been selected.”