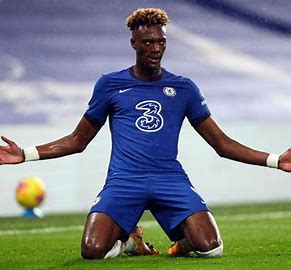 Tammy Abraham is looking more likely to change his initial preference by joining Roma instead of Arsenal from Chelsea, according to reports.

Abraham’s future has been much-discussed in recent days, with Roma rivalling Arsenal for his signature. The striker has fallen out of favour under Thomas Tuchel and Chelsea’s signing of Romelu Lukaku means he can leave. He now must decide where to.

Roma have agreed a deal with Chelsea, but Arsenal are the ones to have agreed personal terms with Abraham. His preference is to remain in London, but Chelsea would rather sell him abroad.

Thus, he has faced a stalemate over his future – but now there has been further progress by the Italian side.

Roma sent their general manager, Tiago Pinto, to London earlier this week to unlock the deal. After a few meetings, including one face-to-face with Abraham, he is warming to the idea of moving to Serie A.

According to Corriere Dello Sport, the Englishman is appreciative of how much Roma want him. Although he is still holding out for Arsenal, a decision over a move to the Italian capital could be imminent.

It has been claimed that Abraham now has a better salary offer on the table from Roma, worth €5 million per season. He was expected to make his mind up by the end of the day.

If he chooses Roma, it would be another blow for Arsenal, who began the season in far from ideal fashion by losing to Brentford. They were without main strikers Pierre-Emerick Aubameyang and Alexandre Lacazette for that game, but are considering replacing both anyway.

They will have to try to convince Chelsea to sell to them quickly if they are to make Abraham the man to take such a space.

The Blues, meanwhile, will have a buyback clause should Abraham complete his move to Roma, according to Sky. A deal has been struck for around €40 million ($47 million) giving Chelsea the chance to take him back in future for €55 million ($65 million).

Abraham must now make up his mind – and will likely be reflecting while sitting on the bench for Chelsea’s opener against Crystal Palace.

Abraham found it hard to get gametime after Tuchel took over as coach in January. The manager has admitted that he has reason to feel hard done by, but the Blues have still gone into the market to bring Lukaku back to Stamford Bridge.

Romelu Lukaku is now worth the biggest combined fee across a single career – who else makes the top 10?

Ahead of the Palace game, Tuchel said: “Very happy to have Romelu back in the club. In terms of personality, speed, character, he will be an excellent addition for us.

“He has the power, the physique, the personality, to help us and have a huge impact. At the same time, he is a humble guy, a team player who cares about Chelsea.

“We all have the feeling that it’s worth it. It was very important to us that it was his desire to re-join Chelsea and finish his story at Chelsea the way he wanted to.

“We have a strong group, defined with a strong bond and with a certain attitude to help each other out. We think that Romelu, coming through here and having always Chelsea in his heart is the perfect addition to our group.”