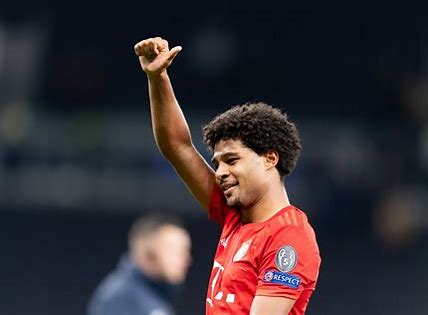 Real Madrid has no interest in signing Bayern Munich contract rebel Serge Gnabry, according to reports. Gnabry has just one year remaining on his current deal at the Allianz, but has thus far failed to come to any agreement over an extension.

Bayern president Herbert Hainer offered a glimpse into the ongoing negotiations, telling Bild, “We’ve been in talks with Serge for a long time, unfortunately there hasn’t been an agreement yet. There are a few different ideas. We’re working on that.”

But with talks at an impasse, the idea of the German international moving on during the summer window has been heavily mooted. Arsenal are the club most closely linked, with Mikel Arteta reportedly open to bringing the academy graduate back to North London.

Madrid were another side said to be in the race, but Marca claim that despite speculation, the European champions haven’t made an offer and don’t intend to in the coming weeks. The Spanish news outlet go as far to say that the “door is closed” to a potential move for Gnabry, with Carlo Ancelotti happy with the options already at his disposal.

That decision could give Arsenal a clear path to land Gnabry, who left for just £5 million back in 2016. The 26-year-old failed to fully establish himself during his first stint at the club, but still holds fond memories of that time, declaring in 2019 that he was “always a Gunner”.

The winger added, “It was the hardest decision but I think it worked out well because I wanted to play. But as a club, Arsenal are top, top.” And when speaking to CBS Sports a year later, Gnabry reaffirmed his feelings, naming Arsenal as “the favourite” if he were to return to the Premier League.

Serge Gnabry has already made his feelings clear about Arsenal after £33 million decision. With Liverpool also touted as a possible destination that claim could soon be put to the test, as will Bayern’s determination to keep hold of one of their best players and risk losing him on a free in a year’s time.

“We’re in the fortunate position that we don’t have any economic hardships,” Hainer said on the likes of Gnabry and Robert Lewandowski, both of whom will be out of contract next season.

“[Free transfers] are nothing out of the ordinary these days. We just got a player from Ajax [Noussair Mazraoui] on a free transfer,” he explained.

Chelsea in pole position to sign Barcelona winger Ousmane Dembele as PSG, other suitors cool interest in the France international