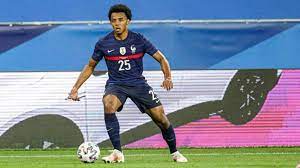 Jules Kounde is reportedly furious with Sevilla for blocking his move to Chelsea, with the defender also said to be ignoring calls from his manager Julen Lopetegui and the club’s sporting director Monchi.

The Champions League winners wanted to sign the Frenchman as a replacement for Kurt Zouma following his move to West Ham. Indeed, they told Sevilla they were prepared to pay £47 million ($65 million) to land the talented centre-back in the final days of the transfer window.

However, Monchi was very clear during a press conference earlier this week that Chelsea would have to pay the player’s full release clause to secure a deal. That led to the Blues walking away from negotiations after deciding against coughing up the full £68 million ($94 million) figure.

Kounde was left out of the Sevilla squad travelling to Elche last weekend ahead of his potential Stamford Bridge switch, as they felt he was not in the right frame of mind to play. That is understood to have frustrated Kounde, who was then left waiting for the Chelsea call to come.

Reports in Spain have now emerged claiming Kounde is totally ignoring Sevilla out of fury over the whole fiasco. The centre-back was in action for France on Wednesday evening and was shown a straight red card for a tackle on Sead Kolasinac in the 1-1 draw with Bosnia.

Sky Sports pundit Paul Merson has suggested that Chelsea made a mistake in allowing a first-team player to leave in August. The Blues had a clear out during the summer transfer window, allowing the likes of Tammy Abraham, Fikayo Tomori and Victor Moses to depart. Davide Zappacosta was also sold to Atalanta, while Olivier Giroud and Tiemoue Bakayoko both joined AC Milan.

One of their biggest sales involved French centre-back Kurt Zouma. He signed for David Moyes’ West Ham in a deal worth £29.8 million ($38.9 million).

However, Merson thinks Chelsea could face problems further down the line as a result of the 26-year-old’s exit. “Letting Zouma go and not bringing anyone in, especially when they play three at the back [is a mistake],” said Merson.

“You are going to call on times when [Reece] James will have to play as one of the three, which he is more of a wing-back, for me.

“They have got cover, but if the players had to play nine, ten, 11 or 12 games during the season all in one-hit at that position, it’s going to be a lot more difficult.