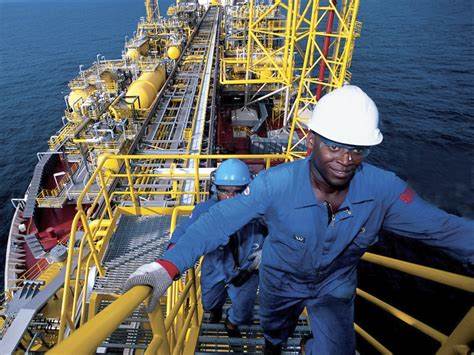 Without bold fiscal reforms, Africa is doomed to further lose its global market share of oil and gas investment and production. This is a major takeaway, if not the most important takeaway from the Africa Energy Outlook 2021 released this month by the African Energy Chamber.

As oil prices settle around the $60/bbl threshold in a few years, it is becoming evident the super-profit era is over and adopting competitive fiscal frameworks will become increasingly central to maintaining investment in the sector.

However, changing fiscal regimes do come with challenges. It causes uncertainty, it distorts the expected revenue profile for the state and it is hard to arrive at what the fiscal parameters should be.

Capital is nevertheless fungible, and to attract capital to possible future projects, African nations with petroleum resources will most likely have to adapt their fiscal regimes similar to how other nations have adapted them in light of the current era.

Failing to do so can lead to stranded resources and outcompeted projects.

Across the continent, major projects are unlikely to be sanctioned because of challenging market dynamics, especially because of uncompetitive fiscal regimes. The passing of the Deep Offshore and Inland Basin Production Sharing Contract (Amendment) Act 2019 in Nigeria is an unfortunate example.

As a result, multi-billion-dollar projects in Nigerian deep-water are now back on the shelves because they are uneconomical under such fiscal terms. They notably include Owowo (ExxonMobil), Bonga South West Aparo (Shell), Bosi (ExxonMobil), Nsiko (Chevron), Preowei (Total) or Uge (ExxonMobil).

Regardless of how advanced each of these pre-FID projects were, their sanctioning will not happen unless revisions are brought to the Nigerian deep-water fiscal environment. Only the passing of the Petroleum Industry Bill (PIB) could now pave the way for the sanctioning before the end of the decade.

Elsewhere, market-driven fiscal reforms have brought opposite results and currently maintaining momentum in upstream activity. Angola for instance has been promoting a much stronger enabling environment since 2017. The country has completely overhauled its regulatory framework, especially to encourage investments in gas and marginal fields.

Such measures have supported the sanctioning of several deep-water subsea tie back projects by international majors, confirming the direct link between attractive fiscal terms and investments. These notably include Block 17 and 32 (Total), Block 31 (BP), Block 15/06 (Eni), Block 15 (ExxonMobil) and Block 14 (Chevron).

Within its 2021 outlook, the African Energy Chamber notably demonstrates how the adoption of a UK-type fiscal regime can help unlock $100 billion investments in Africa, even in a $50/bbl scenario. The same reforms could result in a production increase of up to one million barrels per day by 2030 on the continent. Such achievements and their impact on macro-economic stability and jobs creation cannot be under-estimated as African nations seeks efficient ways to recover from the Covid-19 pandemic.