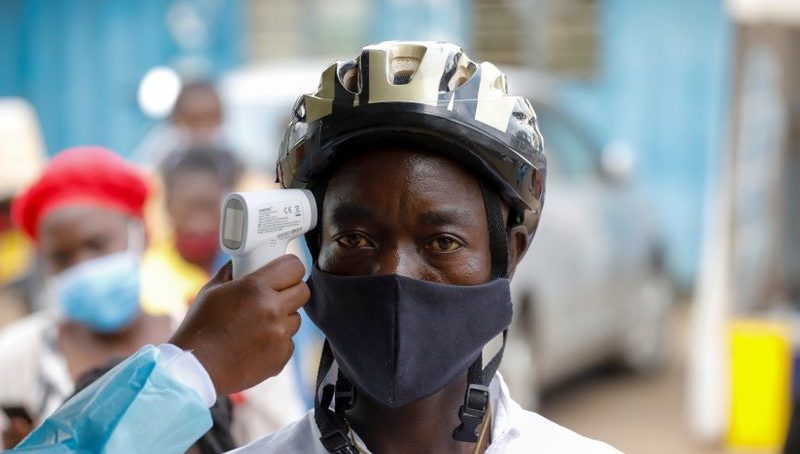 As the rest of the world prepares for a vaccine-driven return to normal over the next few months, at her community health centre in a poor, working class neighbourhood of Cape Town, Andrea Mendelsohn is dreading the arrival of April and May – that’s when the weather will get cooler in the southern hemisphere and bring a surge in coronavirus cases.

Few people in South Africa – aside from medical staff like Mendelsohn – will be vaccinated by then. Elsewhere on the continent even health workers won’t be inoculated, making Africa a large reservoir of the virus that has infected almost 117 million people across the globe and killed more than 2.5 million.

“The arrival of vaccines is going to have zero impact on the third wave but at least I can be confident that when I go to work, I won’t die,” Mendelsohn, a senior medical officer in the Western Cape Province’s Department of Health, said in an interview. “I am sure health workers in Malawi and Tanzania want to have the same relief.”

Most countries in Africa have yet to start inoculating their citizens. While developed countries have rushed to vaccinate their populations against Covid-19, fewer than half a million people have received shots in Sub-Saharan Africa, a region of 1.1 billion people.

In contrast, the US, with a population of about 330 million, has administered over 90 million vaccine doses, while more than a third of the UK’s 67 million people have gotten at least one shot.

But anyone in the developed world who thinks they are unaffected by large swaths of unvaccinated people in Africa, needs to think again, says Phionah Atuhebwe, the New Vaccines Introduction Medical Officer on the continent for the World Health Organization. As long as the pandemic continues to rage among unvaccinated populations, spawning new, more virulent, vaccine-resistant strains, no one is safe, she said.

“The virus will definitely mutate and will keep mutating; the longer we keep the virus around the more mutations we’ll see,” Atuhebwe said in an interview from Brazzaville, in the Republic of Congo. “If Africa is not vaccinated and we are a source of mutations, we put the whole world at risk.”

Already the vaccine developed by AstraZeneca Plc and the University of Oxford has proved largely ineffective in preventing mild disease from infections with a strain of the virus first identified in South Africa. That mutation has spread to at least 48 countries, including the UK and the US.

Rich nations prepaid for their vaccines and also got organised quicker and earlier, leaving countries in Africa scrambling for scraps. The affluent world’s vaccine grab was characterised in January by WHO Director-General Tedros Adhanom Ghebreyesus as a “catastrophic moral failure.” Just 10 countries administered 75 per cent of all vaccinations, United Nations Secretary-General Antonio Guterres said in February, calling it “wildly uneven and unfair.”

A report by anti-poverty group One said last month that the world’s richest countries are on track to accumulate over one billion more doses than they need to fully vaccinate their populations, adding that the excess shots alone would be sufficient to inoculate the entire adult population of Africa.

“It’ll be a fatal mistake if the developed world sees this as a case where we’ll vaccinate our people and then people in other parts of the world take care of their own business,” said John Nkengasong, director of the Africa Centre for Disease Control and Prevention. “Covid won’t be defeated until it’s defeated everywhere.”

Despite the heightened risk of the virus spreading with increased interconnectedness, “there was not a thought about what would happen to the rest of the world,” she said.

Countries from Nigeria to Ethiopia and Zimbabwe have large numbers of their citizens living and working in Europe, North America and even Asia and regular flights mean that just as easily as the virus arrived in Africa from Europe, mutated strains could be spread into the developed world by returning travellers.

In addition, a slow vaccine rollout could further delay the economic recovery in Africa, which contracted for the first time in 25 years last year. Already, Zambia has defaulted on its debt and Ethiopia and Chad are seeking debt relief.

The developed world relies on the continent’s natural resources for much of the raw materials it needs. West Africa accounts for 60 per cent of the world’s cocoa supply, the Democratic Republic of Congo is the key source of cobalt needed for electric vehicles and tantalum used in mobile phones. South Africa is the world’s biggest source of platinum.

Vaccines are slowly trickling into Africa. The African Union has secured some supplies, China has provided vaccines to Zimbabwe and other African nations and countries such as Israel are beginning to donate excess supplies.

Big Tech: A trade union is a strong counterweight for workers who want to speak up