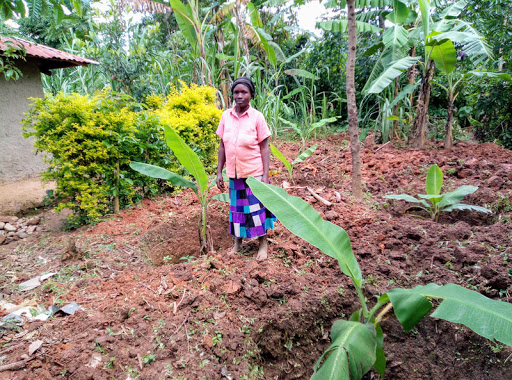 With Ksh17 million ($170,000) World Bank and national government funding, youths in a remote village in western Kenya are going about their lives with a spring in their legs.

Reason? They are now reaping the benefits of a value addition factory in Khwisero subcounty in Kakamega County that is now the main market for their produce.

Here, a 120-member Khwisero Cooperative Society has taken to milling bananas, oranges and fresh potatoes into flour that is used to make bread, cakes, buns and crisps. Oranges are processed into juice that is also packaged and sold locally.

“This is what earns them incomes as their products are in high demand in the entire subcounty,” says cooperative chairman Abraham Kutswa.

Mr Kutswa says to obtain flour from bananas after harvesting, they are first chipped into small pieces before they are solar-dried. The crisps are then packed in small sachets and sold for Ksh20 ($2 cents) each, while a kilogramme of the flour from the dry banana chips fetches Sh200 ($2) locally.

From this flour bread is baked and buns are prepared. The former is sold at Ksh45 ($45 cents) per loaf while a packet of buns goes for Ksh80 ($8 cents) at schools and shops in the subcounty where banana cultivation is gradually gaining traction.

Hitherto, the crop was grown for subsistence in kitchen gardens without a commercial value being attached to it.

Now, as Kenya looks to be food secure, harvesting and drying up perishables such as bananas and potatoes (Irish and sweet) is expected to give such foods a longer shelf life, besides diversification.

The factory is situated in a region that is famous for its affinity for ugali, but diminishing farm sizes means production of maize, sorghum and millet from which the ugali flour is obtained, has been on the decline too. It follows that that a way has to be found to store the perishables as an alternative to the staple food.

The factory processes over 12 tonnes of the fruit every month to make jam. The sale of the latter earns the cooperative a net profit of Ksh240,000 ($2,400), says Kutswa, who appreciates the transformation of the local community from pure subsistence farming to market-driven agriculture.

The transformation has been necessitated by rapid growth in population against a backdrop of dwindling agricultural output, which in turn affects food production and availability. In addition, the main cash crop, sugarcane, has been going through a bad on the back of a glut of imported cheap and contraband sugar that has rendered the local industry ungainful.

The fruit processing factory at Khwisero bolsters the county government’s efforts to boost the local economy through agriculture. Besides the fruit factory, the regional government has embarked on a construction milk processing plant in Malava subcounty.

The county government has also invested in fishing farming besides earmarking some 100 acres in Mumias to build and industrial park.

Kutswa credits the Kenya Industrial Research Development Institute for training the farmers on value addition at a similar factory in Kisii. Kakamega county has for long relied on maize and sugarcane farming as the main food and cash crops respectively. However, in the past 10 years, the two sectors have been battered by contraband imports that flooded the Kenyan market.

The glut caused by the contraband maize and sugar has forced local farmers to explore alternatives sources of food and income generation, hence the banana milling factory.

Kakamega county crops officer Titus Omengo says over 6,680 hectares of land in the devolved unit are already under banana crop that yield 4,219 tonnes per year.

The diseases that attack the crop include fusarium wilt and sigatoka, while weevil and nematode wreak havoc too.

“But plans are underway to purchase 60,000 high-yielding and disease and insect resistant seedlings for distribution to farmers,” says the officer.

The banana seedlings are grown by farmers for the cooperative as the target market with the help of Bukura Agricultural Training Institute. They are purchased for farmers by the county government.

According to Kutswa, members of the cooperative have been ploughing their profits back into the business.

However, this year they plan to declare dividends and allocate shares to members.

Members of the cooperative sell the bananas at Sh14 per kilo to the factory.

“Each member gets at least 30 stems of William’s variety of bananas that cannot be easily attacked by wilt, a bacterial disease that kills the plant,” explains Kutswa.

“To sustain the business,” says an entrepreneurial doctorate student, Usagi Anne, “the supply of raw material should be expanded in phases and agricultural extension workers be on hand to ensure that the crop is disease free throughout.”