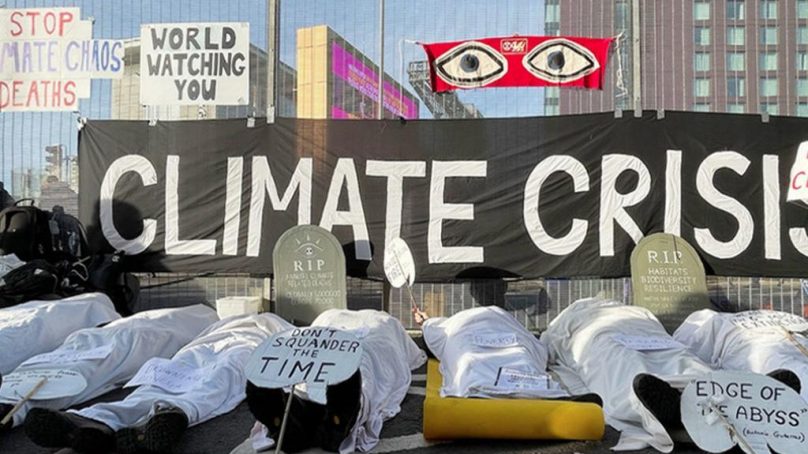 Up to 13.5 million people across Africa’s Sahel region could fall into poverty due to climate change-related shocks by 2050, according to a new World Bank report.

The Sahel extends south of the Sahara from Senegal in the west to Ethiopia in the east of Africa. It is particularly vulnerable to land degradation, droughts, floods and other climate shocks. The G5 Sahel is a group that comprises Burkina Faso, Chad, Mali, Mauritania and Niger.

The impacts of climate change are unequally distributed among the people in the region. Small farmers, pastoralist populations, women and poor communities are at the receiving end of climate shocks.

Three of the G5 countries — Chad, Niger and Mali — rank among the top seven countries most vulnerable to climate change. Their ability to adapt is significantly constrained by poverty and fragility.

The Sahel region is home to 89 million people, with population growth rates unequivocally higher than any other part of the world.

The Sahel countries face multiple challenges. More than 50 per cent of the population lives below the poverty line and many countries are confronted with the threat of terrorism. The region’s population jumped to 86.4 million from 17.3 between 1960 and 2020.

Livelihoods in the region are highly dependent on agriculture, pastoralism or fishing and these sectors are deeply affected by climate change.

“With the population projected to double over the next 20 years, Sahel countries need to accelerate growth and prioritise climate adaptation if they are to realise the demographic dividend,” Ousmane Diagana, World Bank vice president for western and central Africa, was quoted as saying in the report.

The report examined the most critical actions and policy changes needed to accelerate the region’s economic recovery, sustainable and inclusive development and adaptation to the impacts of climate change.

All five countries in Sahel have set targets for greenhouse gas emissions reductions in their Nationally Determined Contributions (NDC) under the Paris Agreement. These countries have pledged to achieve net-zero emissions by 2050. Adaptation is a top priority in all five countries’ NDCs.

Their adaptation plans cover a wide range of areas, including — agriculture and livestock; conservation of ecosystems, biodiversity and forests; water and sanitation; energy and infrastructure; gender and social protection; land use planning; health; education and fisheries and aquaculture.

Mauritania and Chad have linked their NDC adaptation goals to the development of their National Adaptation Programs. In addition, Niger has prioritised adaptation actions that reduce carbon emissions and increase carbon sequestration.

The document had been designed to help the Sahel countries identify, prioritise and realise the benefits of sustainable development and successful adaptation to climate change.

The five countries in the Sahel region are developing adaptive social protection systems to provide regular cash transfers and services to the poorest and most vulnerable households. Such assistance allows them to adapt to future climate-related shocks.

The Sahel countries must focus on defining an institutional strengthening roadmap, building the capacities of institutions and mobilising the financial resources required, the report stated.

The document identified rapid, resilient and inclusive growth as the best form of adaptation to climate change in the region and the best strategy for meeting development goals in a practical, sustainable and productive manner.

Revealed: Iconic Lionel Messi plans Barcelona return at expiry of his contract with PSG this season