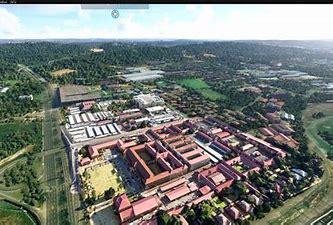 There is now irrefutable proof that South African military is not immune to fraud and corruption, according to an investigations report presented to two parliamentary oversight committees by SA National Defence Force (SANDF) Provost Marshal General, Rear Admiral Mokgadi Maphoto.

Maphoto disclosed on Wednesday at a meeting of one of two Parliamentary oversight committees tasked with defence and military veterans’ issues that eight instances of irregular expenditure that amounts to over R2 billion ($119 million).

The “big fish”, as it were, in Maphoto’s presentation was that a report on the ongoing and seemingly disastrous 1 Military Hospital RAMP (repair and maintenance project) is now with the Hawks (Directorate for Priority Crime Investigation).

The Military Police investigation continues alongside that of the independent directorate in the South African Police Service (SAPS). The report says R10 million ($594,000) worth of irregular expenditure is being investigated in this instance.

There is also the case of non-utilisation of rented space in a Centurion office park (Eco Park) on which R108 million ($6.5 million) was spent; procurement of personal protective equipment (PPE) that cost R275 million ($16.4 million); bids for service and licences not properly evaluated that amounted to R216.7 million ($12.9 million) and non-compliance with “mandatory pre-qualifying criteria) estimated to be R105 million ($6.3 million).

The R239 million through life management contract will go to the Hawks for further investigation; and “no-one can be held accountable” for the unused EcoPark office space, according to the rear admiral’s presentation.

Other cases have seen court appearances and postponements and the Special Investigating Unit (SIU) is “collecting” R41 million ($2.5 million) from a service provider who conceded overcharging the DoD. In this specific case, investigations are ongoing regarding fraud and corruption now totalling R175.7 million ($1.1 million)

Maphoto said 13 military personnel from the four services and three divisions of the SANDF were found guilty of corruption and fraud related charges and fined a total of R392,170 ($23,295). The divisions involved are Logistics, Joint Operations and Special Forces.

Committee members on Wednesday heard that 56 SANDF personnel, ranging in rank from airmen to corporals, flight and staff sergeants, warrant officers, petty and chief petty officers, majors, captains (not SA Navy), lieutenant colonels, colonels as well as a brigadier general and a major general (both SA Army) are suspended. The suspensions are in connection with investigations into charges of corruption and fraud totalling R30.6 million ($1.82 million)

According to the report 10 officers are suspended while investigations are underway into R4.7 million ($279,180) of fraud and corruption under the Public Service Act.

Will the 15 new members of Peace and Security Council overcome endemic bureaucracy at African Union?