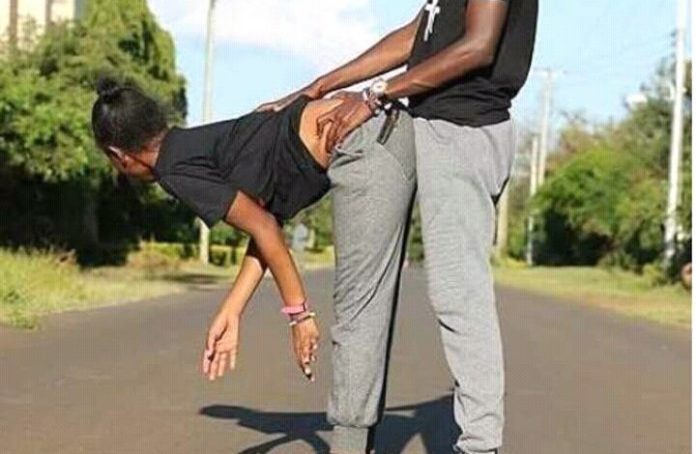 The arrest of 20 teenaged children in Nairobi’s Kahawa Sukari and at least 40 others in Webuye, western Kenya in just one week, sheds more light on a phenomenon that began unfolding since schools closed indefinitely following the outbreak of coronavirus more than nine months ago.

The story despondent youth is has become an everyday happening since the outbreak of coronavirus.

The yobs, characteristically high on alcohol and drugs, are a remote reminder of the Yippie movement in the United States that changed the perception of the youths in the late 1960s and the 1970s.

As an important segment of the American population, Yippies wanted political and economic platform to be heard. In the Kenyan context parents, teachers, police and policy-makers have not been able to place a finger on the cause of the rebellion.

Yippies are not synonymous with hippies, although they were contemporaries. Hippies were people of “unconventional appearance, typically having long hair, associated with a subculture involving a rejection of conventional values and the taking of hallucinogenic drugs.”

The Yippie (Youth International Party) was founded by Abbie Hoffman and Jerry Rubin in 1968 and is described as “a countercultural group that briefly gained fame as a part of American (political and economic) activism.”

“The group’s trademark was their theatrical style. The Yippies parlayed anti-authoritative dissent and subversion into surrealism, spontaneity, mischief and performance. The very public and prank-based display of the Yippies’ political actions led them to become a media favourite – in fact, Yippie leaders often used their stunt-oriented protests to successfully attract press coverage. But the group was also criticised for focusing on large-scale public disobedience and ignoring traditional forms of community organising and direct protest,” Life magazine writer Julian Wasser.

In the run-up to the 2013 elections author and literary critic Kingwa Kamencu attracted public attention when she launched the Kenya Sex Party that the defied the cultural and societal norms to advocate for freedom to quench flesh-pot hunger.

“I chose the name because we all know that sex is what leads to birth and what we are doing is giving birth to new ideas. I have always been in politics only that my style of doing things is different from the rest of the politicians,” Kamencu told a local newspaper then.

In sentiments that remotely echo the idea behind Yippie movement, the award-winning author said that the Kenya Sex Party was inspired by the observation that “politics is killing careers, dreams” through the Sex Party “new ideas will be put in place.”

The novel ideas have never been explicit, but Kamencu managed to hoist herself into mainstream national political discourse.

The Yippies themselves – Abbie Hoffman and Jerry Rubin – however, believed that culture and politics were inexorably intertwined. Therefore, they needed a driver that would appeal to the youth.

Writer, Allen Ginsberg, who like many youths during the war era says the Yippie movement got traction with the young generation because manipulation of their imagination through mass media.

Ginsberg wrote, “Hoffman said politics had become theatre and magic, basically, that it was the manipulation of imagery through the mass media that was confusing and hypnotising the people in the United States, making them accept a war which they really didn’t believe in.”

Instead of mass media, social media is linked to rebelliousness of Kenyan youths, who in their imagination, perceive unrestricted sex, drug abuse and booze as “cool” adventures.

Tales and images of wild adventures that include pornography, are available on the internet. Internet penetration in Kenya means the audio and visual information is a click away from them.

It is difficult – impossible – to describe the deviancy in Kenya to social or cultural revolution or movement. In the United States, Yippie had a strong dimension of a revolution against the backdrop of the war, political assassinations and the Black Civil Rights movement.

According to Life magazine writer Julian Wasser, Americans freshly traumatised by the assassinations of both Martin Luther King Jr and Robert F. Kennedy, faced reports about new violence, this time at the Democratic National Convention in Chicago. As the evening news broadcast images of billy club-wielding police beating anti-war protesters in the streets, Americans were forced to reckon with a new political reality in which the old guard political machine was being challenged by a groundswell of long-haired kids calling for revolution.”

Hoffman and Rubin had come to believe that American politics and culture had devolved into a state of abject absurdity, hence needed a jolt, wrote Wasser.

Writer observed further, “Rubin proposed organising a counter-convention called the ‘Festival of Life’ to be held in a nearby park. There would be music, marijuana and crowds of beautifully freaky young people laughing down the convention of death. They’d nominate a pig for president, dance through the streets of Chicago and grab media attention from the meaningless spectacle inside the convention centre walls.

The phenomenon in Kenya lacks such motif. What comes out of the explanation of the predominantly under-age youths is nothing more than tales of social drifters – sometimes vaguely explained by counsellors as “peer pressure.”

The youths are unrepentant despite the anxieties they cause their families and society. After the arrest of some six girls who had gone missing for weeks from Komarock, Nairobi, one of them defiantly tweeted: “I’m not apologising to anyone. Did I tell you to look for me?”

“While being interrogated by detectives attached to the Anti-Human Trafficking and Child Protection Unit and the Crime Research and Intelligence Bureau, the young girls revealed how they were lured from their home and linked up in partying joints in Nairobi,” the Directorate of Criminal Investigations boss George Kinoti.

As the Komarocks girls’ story unfolded, police gate-crashed another party in upmarket Garden Estate in Nairobi and arrested 44 youths – 26 boys and 16 girls. The teenagers had different brands of Whisky and Vodka, and bhang (cannabis sativa), according to the police.

The spectre of disgusting yobs who cough and spit at police is not confined Kenya. Police in Manchester, Britain, broke up a birthday party with 40 adults and children in the same week. The youths were hooked on alcohol and drugs at a gathering that breached the ministry of health coronavirus protocols.

Assistant Chief Constable Robert Potts said: “When the vast majority of us are all making such sacrifices to reduce the transmission of the virus and save lives as a result; it is really disappointing to see the rules being flagrantly ignored by those who are putting their own safety and the safety of so many others at risk. This remains an incredibly challenging time for everybody but we all need to follow the legislation and government guidance to save lives and protect the most vulnerable members of our communities.”

Potts’ warning echoes the situation during the arrest of 39 youths aged between 12 and 22 years, in Mohoroni in Kenya. Muhoroni Deputy Commissioner Erick Wanyonyi warned parents, “If you cannot take care of your children and they are arrested in parties during this (coronavirus) time, you will also face the law.”

While social rebellion in Kenya may have hallmarks of the Yippie movement – alcohol, sex and drug abuse – the American one was a rebellion with a cause; Kenyan youths are rebels without a cause.

Jonah Raskin, an emeritus professor of communication studies at Sonoma State University, wrote in the 1992 biography Hoffman, “For the Hell of It: The Life and Times of Abbie Hoffman, “Come all you rebels, youth spirits, rock minstrels, truth seekers, peacock freaks, poets, barricade jumpers, dancers, lovers and artists. It is the last week in August and the National Death Party meets to bless Johnson. We are there! There are 500,000 of us dancing in the streets, throbbing with amplifiers and harmony… celebrating the birth of Free America in our own time.”

Beyond the revelry in sex, drugs and food. He Kenyan youths have not taken interest in the pollical ongoing political discourse that is expected to impact on what they become in future.