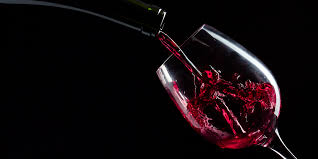 Warming, wildfires and unpredictable weather threaten to disrupt the delicate processes that underlie treasured wines. Researchers and producers are innovating to keep ahead.

Soon after the devastating Glass Fire sparked in California’s Napa Valley in September 2020, wine chemist Anita Oberholster’s inbox was brimming with hundreds of emails from panicked viticulturists. They wanted to know if they could harvest their grapes without a dreaded effect on their wine: the odious ashtray flavour known as smoke taint.

Oberholster, of the University of California, Davis, could only tell them, “Maybe.”

Industry laboratories were slammed with grape samples to test, with wait times of up to six weeks. Growers didn’t know whether it was worth harvesting their crops. Eight percent of California wine grapes in 2020 were left to rot.

Winemakers are no strangers to the vicissitudes wrought by climate change. Warmer temperatures have been a boon to some in cooler regions who are rejoicing over riper berries, but devastating to others. Scorching heat waves, wildfires and other climate-driven calamities have ruined harvests in Europe, North America, Australia and elsewhere.

And as 2020 showed, climate change can take its toll on grapes without directly destroying them. Wildfires and warmer temperatures can transform the flavour of wine, whose quality and very identity depends on the delicate chemistry of grapes and the conditions they’re grown in.

Many growers and winemakers are increasingly concerned that climate change is robbing wines of their defining flavours, even spoiling vintages entirely.

“That’s the big worry,” says Karen MacNeil, a wine expert living in Napa Valley and author of The Wine Bible. “That’s the heartbeat of wine, it’s connected to its place.”

The greatest challenge that climate change brings to winemaking is unpredictability, MacNeil says. Producers used to know which varieties to grow, how to grow them, when to harvest the berries and how to ferment them to produce a consistent, quality wine — but today, every step is up in the air. This growing recognition is spurring researchers and winemakers to find ways to preserve beloved grape varieties and their unique qualities under the shifting and capricious conditions of today’s warming world.

To learn about the threats to our favourite beverage, we spoke with wine experts from two renowned wine regions — Bordeaux in France and California — to understand how climate change is uprooting their traditional vines and wines, and travelled to the University of California, Davis and nearby Napa Valley in late 2021 to speak with scientists, growers and winemakers.

We were treated to an inside look at how every stage of winemaking is transforming to preserve desired flavours and aromas — and yes, got to taste a lot of wine, from the finest Cabernet Sauvignon to samples spoiled by smoke and scorching heat.

A graphic shows vineyard, lab and winery and things people in viticulture and the wine industry are testing to adapt to climate change. These include new ways of trellising and shading grapes and figuring out ways to deal with smoke taint and other chemical changes.

From testing new grape varieties to adapting fermentation, growers and winemakers are finding ways to mitigate climate impacts. Weather extremes can kill even the hardiest vines, but much of the climate threat is an invisible one: chemical changes in the berries.

That’s because wine quality, at its most granular, boils down to achieving balance between three broad aspects of berries: sugar, acid and secondary compounds. Sugar builds up in berries as vines photosynthesise, and acid breaks down as the grapes ripen.

Secondary compounds – basically, chemicals beyond those essential to the plant’s core metabolism – accumulate over the season. Ones called anthocyanins give red grapes their colour and protect the plant against UV rays. Others called tannins give wines bitterness and an astringent, drying mouthfeel; to the vines, they offer defence against grazing animals and other pests.

These three components and therefore wine flavour, are affected by numerous environmental factors, including soil types, rainfall levels and fog, all of which are encompassed in the French word “terroir.” Climate – long-term patterns of temperature and precipitation – is the biggest part of terroir, Oberholster says.

When a region’s climate changes, that can disrupt the balance of sugar, acid and secondary compounds by changing the rate at which they develop over the growing season, says Megan Bartlett, a plant biologist studying viticulture at UC Davis.

Grapes, like most fruit, break down acids and accumulate sugar as they ripen. At warmer temperatures, ripening is supercharged, leading to sweet, raisin-like flavour in grapes.

Yeasts consume those sugars during fermentation and excrete alcohol, so fermenting sweeter berries leads to higher wine alcohol content – and, indeed, wines in warm regions such as southern France are growing boozier. That’s an undesirable trend for the region’s consumers, especially since it’s accompanied by a drop in acidity, says Cécile Ha, a spokesperson for the Bordeaux Wine Council. Acidity affords a fresh fruitiness and ensures that wines last for years in the cellar.

And so, as the weather gets hotter, “you’re getting pushed more and more towards that Zinfandel style,” Bartlett says. “Which is great if Zinfandel is what you’re going for. But if you’ve planted Pinot or you’ve planted Cab, you’re no longer really expressing the best version of that variety.”

If the story were simply about sugar and acid, the solution would be relatively simple: Harvest grapes earlier, before they turn too sweet and while they still retain their tartness. But growers also want that stew of secondary compounds to build up, because these create the layered aromas key to quality wines. This can force wine producers to choose between harvesting early without fully developed tannins and anthocyanins or harvesting later when berries are loaded with those compounds but are overly sweet as well.