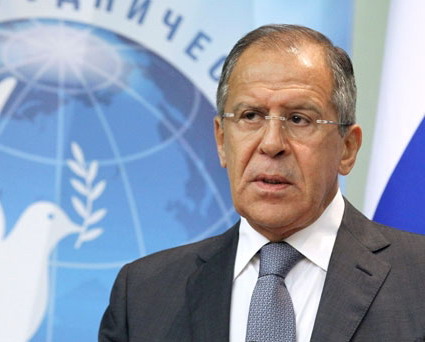 To call it a new ‘scramble for Africa’, as some like to do, is clearly hyperbolic. Nonetheless, it can’t be denied that the Big Powers are energetically wooing Africa as relations among themselves deteriorate.

China’s new Foreign Minister Qin Gang got off to an early start, visiting Ethiopia, Gabon, Angola, Benin and Egypt two weeks ago. The United States Treasury Secretary Janet Yellen is on a tour to Senegal, Zambia and South Africa.

From January 23, Russian Foreign Minister Sergey Lavrov is visiting South Africa at the start of a planned second African tour since Russia invaded Ukraine in February 2022 – an act that Moscow evidently needs to justify across the continent. During his July 2022 trip, Lavrov visited Egypt, Congo-Brazzaville, Uganda and Ethiopia, also meeting the African Union (AU) leadership in Addis Ababa.

The Qin and Lavrov trips could be seen as responses to US President Joe Biden’s Africa summit in December, which appeared to have been successful and certainly pulled a big crowd of leaders.

although it hasn’t yet been officially announced, Tell, via ISS Today understands that Lavrov will visit Eswatini, Botswana and Angola after South Africa. He will then return to North Africa in February to visit Tunisia, Mauritania, Algeria and Morocco. That would amount to 12 countries plus the AU in just over six months – an impressive diplomatic charm offensive on Africa.

Yet in a marathon three-hour press conference in Moscow on January 18, covering the world but mostly Ukraine, Lavrov didn’t mention an African tour. In fact, Africa only came into the picture in the very last question of the conference. A Russian journalist asked him to comment on Sputnik TV’s interview with South African international relations Minister Naledi Pandor.

In it, Pandor had demanded, not for the first time, the withdrawal of the Countering Malign Russian Activities in Africa Bill, adopted by the US House of Representatives in 2022. It would impose sanctions on Russian entities – like the Wagner private military company – deemed to be conducting ‘malign’ activities on the continent.

It could also lead to US sanctions on African governments and businesses dealing with such Russian entities.

US Senate sources believe the legislation was a misguided overreaction by the House to Russia’s invasion of Ukraine, and that the more sober-minded Senate wouldn’t even bother to take it up. Nonetheless, it is remarkable how much negative influence the Bill is having on America’s relations with Africa.

The Bill plays directly into Russia and Lavrov’s narrative about America’s supposedly patronising attitude toward Africa. “This is the colonial paradigm par excellence,” Lavrov said on Wednesday.

He recalled how former US president Donald Trump’s secretary of state Mike Pompeo had told African states in February 2020 that they should stop trading with Russia and China because these two countries were serving their own interests and damaging Africa’s.

He revealed that much of the second Russia-Africa summit, which his government would host in Saint Petersburg late in July 2023, would be devoted to finding ways for Russia and Africa to sidestep such US sanctions.

“We are preparing documents on finetuning our interaction mechanisms to the new conditions that involve sanctions,” he said. This would entail adjusting investment and trade tools and supply chains.

Most of all, Lavrov said, “We are shifting to settlements in national currencies” – rather than the US dollar. These changes would not happen overnight, but they were underway, he said.

The implications of Lavrov’s remarks were quite far-reaching. Will all African countries be willing to collaborate with Moscow in elaborating new systems to circumvent US and Western sanctions?

Something similar is already under way in BRICS – the Brazil, Russia, India, China and South Africa bloc of emerging nations. The bloc has already begun granting loans from its New Development Bank and conducting trade in its own currencies rather than the greenback.

So, it’s not surprising that South Africa already seems on board with this project. Pandor told Sputnik that, “We have always been concerned that there is a dominance of the dollar and that we do need to look at alternatives. I think this was one of the reasons we created the New Development Bank of BRICS.

“The systems currently in place tend to privilege really wealthy countries and tend to be really a challenge for countries such as ourselves, which have to make payments in dollars, which cost much more in terms of our various currencies. So, I do think a fairer system has to be developed.”

She added that BRICS’s economic ministers were discussing this. So will this project now become Africa-wide? Is President Vladimir Putin going to use the Russia-Africa summit to go beyond rhetoric and recruit Africa into his alternative universe?

Why do US presidents traffic classified documents out of White House upon leaving office?