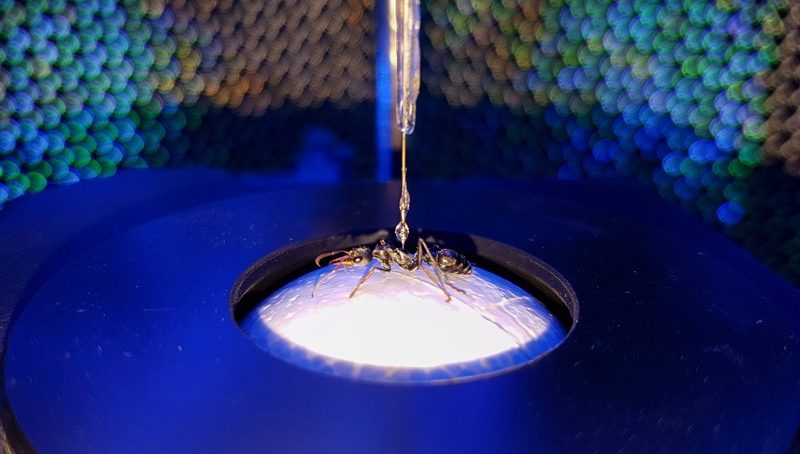 Why I received a PhD at 61 years: If you have the opportunity to dive into a new academic or professional field, take it

I am not a typical graduate student. An engineer by training, I have designed electronic control systems for more than 30 years, and I had expected to do so until I retired.

My wife, Krisztina Valter, is a clinician-turned-vision scientist at the Australian National University (ANU) in Canberra. One year, I accompanied her to a scientific retreat. Most of the biology flew over my head, but one speaker captured my interest.

Jochen Zeil, a neuroethologist at the ANU who studies animal behaviour, presented a model of how insects could work out a route to a target (which might not even be directly visible) despite having small brains and low-resolution compound eyes. Although he was talking about vision, he was speaking my language: pixels, functions, vectors, gradients. It was a neat hypothesis, too.

At lunchtime, my wife introduced us – and, after a 15-minute crash course on the fundamentals of insect vision, Zeil and I had a long and very enjoyable discussion about his idea. When we parted, I joked that if he wanted another PhD student, he could count me in.

About a month later he e-mailed me: “Haven’t heard from you. Have you enrolled yet?” And that’s how, at the age of 53, I became a part-time doctoral student in biology at the ANU.

It was not my first foray into postgraduate research: in 1985, I received a master’s degree in electronics at the Technical University of Budapest, now called the Budapest University of Technology and Economics – and, after emigrating to Australia in 1990, I worked for several research institutions before starting up my own company in 1995.

In the early 2000s, I co-authored two papers about work that I had done on a microscopy image-analysis program for an Alzheimer’s disease researcher. But when you sport a silver mane, it gets harder to move out of your comfort zone.

My background in biology was decades out of date, so I needed to learn the basics, fast. Diving into textbooks, I went through an expedited ‘undergraduate course’ in my spare time. It was intense, but between other laboratory members and my wife, I had a lot of help. After a while, lab meetings made sense, and I could follow the papers I read.

But the more I learnt, the more I realised how little I knew: every paper triggered the need to read more. It was tiring, and at times frustrating, but fun: you read, and read, and think, and suddenly things fall into place.

Like most scientists and engineers, I’m fascinated by the unknown. Studying biology opened the door to a world with incredible complexity. But the cultural differences took some getting used to. If you repeat an engineering experiment, you expect to get the same result. This is not so in behavioural biology. Your experimental subjects literally have a mind of their own — you can put an ant on a trackball, but you can‘t make her walk on it.

Also, commercial engineers design products to meet standards and specifications. You aim for reliability and minimal cost. You test ideas when you can, but more often than not, you play it safe: failure is not an option. But in basic science, failure is an option – and, with a bit of luck, you can get a paper out of it.

My research focuses on the neural basis of insects’ visual navigation. What neurological tricks do they use to reliably extract directional cues from low-resolution images? The problem with answering that question is that evolution has optimised insects to operate in their natural environment, not the lab. You can show them black and white stripes, and they will react – but that won’t help you to work out how they find a particular tree or concealed nest from far away. At the same time, you can’t simply manipulate the skyline at will to see how the animals’ behaviour changes.

One day over coffee, my adviser said that it would be so much easier if we could just put the ants on a trackball in a virtual-reality arena tuned specifically to ant vision. We could then project a manipulable 3D model of their natural environment. That prodded the engineer in me, and I gave the problem some serious consideration. A week later, I told him we could probably build such an arena – but it wouldn’t come cheap.

Our prototype ‘Antarium’, which cost around $35,000, is a metre-wide polyhedron bristling with electronics. I designed the prototype, sourced the components, organised manufacturing, wrote the control software and debugged the electronics. It worked, but it had some serious limitations.

When I designed it, certain aspects of ant vision were not yet understood, so I had to guess. In accordance with Murphy’s law, I guessed wrong. Furthermore, budgetary constraints limited what we could do.

Nevertheless, experiments showed that the concept was solid, paving the way for more funding – and an improved Antarium. But I was gratified to learn that moving into a different field didn’t mean my existing knowledge would go to waste. Plus, cross-disciplinary research is a hot topic these days.

I published my research in 2020 in Frontiers in Behavioural Neuroscience, and submitted my thesis last August. The examiners’ reviews were positive, requiring only minor corrections. But the best part of my graduate journey was delivering an oral presentation at the Fourth International Conference on Invertebrate Vision in Sweden in 2019: I got to receive in-person feedback from many of the greats of the field.

I had read their papers and knew that they were on the cutting edge of science, and then they came up to me and said that they thought my work was cool. That was a real ego boost.

Still, being a part-time graduate student while running a business wasn’t easy. I forgot the meaning of ‘spare time’ for a while, and my company took a financial hit because I could not work as much as I had before, and had to turn down clients.

Now, at the age of 61, this period is nearly at an end. I know I’m not headed for the academic tenure track – my PhD is an end in itself. But I’d do it again. New knowledge enriches you, regardless of how old you are. My advice is: if you have the opportunity to dive into a new field, take it.