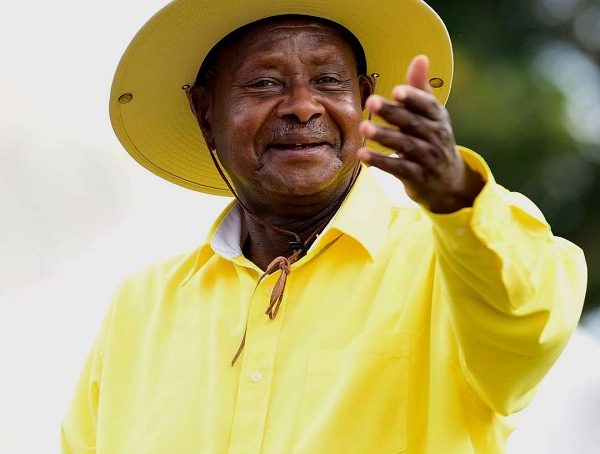 What is Africa’s gift to humanity in terms of democracy, science, law?

After the end of the cold-war, Washington and Brussels lauded Africa’s burgeoning democracy. And direct foreign investments poured into Africa. But things have changed.

When it comes competitive politics, Africans are pathological liars. What irritates the most is how a timid African electorate is wilfully used to execute a fraud of monumental proportions and expect the West and the rest of the free world to come to their rescue.

Every few weeks now we get treated to another African president wanting to extend his presidency past the constitutional term limits. Africans fought long and hard to remove brutal dictators; murderous men who had held their continent hostage for decades; tyrants who ruled with harsh and oppressive laws while looting public coffers.

Presidents from Rwanda, Burundi, Burkina Faso, Republic of Congo, Uganda and Cameroon are just a few that show no hint of wanting to step down. When the United States warned Paul Kagame not to seek a third term as Rwandan president, Kagame reportedly replied: “No one has the authority to tell Rwandans what is good for them.”

What an irony given that it was largely the democratic West and mainly the US that played a lead role in ending genocide in Rwanda that left nearly a million people dead and the US funded the Rwandan government and brought in business and direct foreign investment to that country.

This is the classic fable of the Scorpion and the frog, where the frog after helping the scorpion cross the flooded river, stung him. When the frog asked the scorpion why he stung him, the scorpion replied, “It is my nature.”

On December 18, 2016 a referendum saw voters massively approve constitutional amendments allowing Kagame, 58, to run for an exceptional third seven-year term in 2017, thus enabling him to run for a further two five-year terms through to 2034, bolstering his grip on a country he has efficiently controlled since his rebel force ended the 1994 genocide, which a million dead.

Kagame has effectively stifled democracy in the nation of 11 million. Who knew that Americans were busy trying to take down Kagame? Is Paul Kagame one example of why Africans are pathologically corrupt?

African leaders are relying on voter bribery to energise their base to achieve referendum to extend their term limit. This is no democracy! This is crazy! For the tea-cup size nations of Rwanda and Burundi, though, they are part of a wider catastrophe.

It is really difficult to accept anymore that Africa’s democracy is real democracy. Worse still, it is crucial to state that Africa’s waft away from democracy is part of a larger global trend today: Democracy is in decline. Kenya, Botswana, Egypt, South Sudan and Tanzania are the poster girls of this drift.

In Africa, democracy has opponents and critics. They try very hard to quash it. And when they cannot do away with it, they use the democratic rule of referendum, or voter bribery, to severely curtail it. The opponents of democracy are highly intelligent, concerned and informed men-for they are mostly of the male genre. Their motives and reasoning for opposing democracy are laudable.

In Uganda, Museveni, as with Kagame, says it is about maintaining peace and security. I find myself a little in sympathy despite myself. If by referendum you place the power of the state in one strong man, or a small leadership elite, no matter the justifications, you could very well be creating a Frankenstein- a monster more frightening than the one you settled out to destroy, no matter who is in control.

According to Freedom House, a watchdog group, from 2006-14, many more countries declined in freedom than improved. This trend has been particularly distinct in sub-Saharan Africa, including South Africa, where declining transparency, breakdown in rule of law and increasing corruption are becoming the standard.

Leaders like Museveni and Kagame have some spectacular success in restoring peace and security to their respective countries. But that makes them more dangerous. It makes them more acceptable in a national referendum to extend their presidential term limits; if they ask for more powers, it is more likely than not that they will be given. And believe me, if such leaders are to do their job, they will need more powers.

I, and many others, find myself in a dilemma. But if such presidents are given such powers, who is to say they will not abuse them? When will the rule of power supersede the rule of law?

The rule of law is so often toothless in the face of those who have no respect for the law.  What about the rule of unfair law? The laws of tyranny and greed? A law that deprives a man because he is from a different tribe? A law that enslaves or kills a man because he worships another God? What happens if a handful of tyrants control the resources of Africa to the detriment of Africans and the world – such as Africa’s ruling families, cartels and mafias? Must we respect those laws?  The rule of law, even though unfair, is it holy?

It is a question of balance! But what is the balance? In Africa, there seems to be no balance. So, are Africans pathologically corrupt? Why else would a free people throw away their hard-earned freedom and democracy, won through blood, sweat and tears, to tyrants? Where is the African Spring?

Unless Africans rise and fight the recession of democracy via the politician’s sleight of hand, Africans will continue to be seen by free people everywhere as pathologically corrupt.

Real democracy is the only sword in the sleeve of any great civilization like America and Britain; civilisations that saw their citizens leap from the cave to space-for the benefit of all humanity. So, what is Africa’s gift to humanity in terms of democracy, science and rule of law?

Africans, not their leaders, must answer that question. But the answers will soon come in the form of revolutions against the recession of democracy.  For once, Africa should be able to face its critics with pride.

Unless the common African man accepts his God-given right to be free, take responsibility for his leaders, he shall be condemned to perpetual poverty and deprivation. When the African man corruptly bequeaths his democratic blessings to a greedy tyrant, he and his beloved tyrant will have conspired to form a nefarious fraternity of the pathologically corrupt.

But Africa’s leaders are adept at evolution and adaptation in the raw Darwinian sense of the word. It easy to envisage a scenario where during the annual African leaders Summit, these tyrants-in-democratic-clothing share new legal strategies to restrict freedom, scuttle democracy and attack any Western critics as “colonialists and imperialists” who interfere with African affairs.

Yet when there is a crisis in Africa, as we saw in the Ebola epidemic in West Africa, or terrorism – as with the Al Shabaab attacks in Kenya, these same African tyrants moan, whine and demand that the very West – it is always the democratic West – must respond speedily, provide trained doctors, give funding and other forms of aid.

Not once do these same African leaders and even the common man who voted them, bemoan the luck of response by China, Saudi Arabia, Iran and North Korea. Like the proverbial Scorpion, the African always stings the crisis back of the democratic West. Never returning the favour, always taking, nothing giving, resting on triumph – resting on laurels without success – victory without triumph.

While old habits of corruption and abuse of power receded during the 1990s and 2000s, when Osama Bin Laden took global centre stage, when he attacked US embassies in Africa, corrupt Africans are back with a vicious vengeance.

And this time around, the African voter is to blame for the menace. Africans indeed are pathologically corrupt.