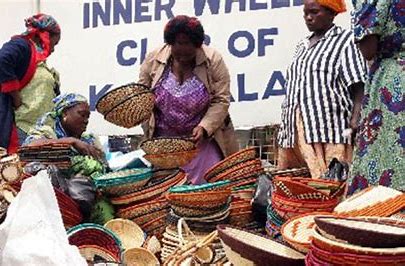 African companies are ideally suited to supplying the United Nations with goods and services, especially air charters, as there is a big vacuum left by Russian and Ukrainian aviation companies following the conflict in Europe.

These and other opportunities will come under the spotlight at the upcoming UN Procurement Summit this month.

Sandile Ndlovu, Chief Executive Officer of the South African Aerospace, Maritime and Defence Industries Association (AMD) Export Council, told DefenceWeb that the United Nations spends in excess of $10 billion annually on goods and services that can be provided by companies AMD represents.

“The majority of UN Peacekeeping Missions are in Africa; this then should ideally be placing African based companies in a prime position to benefit from these opportunities. But this has not always been the case. By attending the Procurement Summit, South African companies will then get to be exposed to opportunities within the UN environment, and also be guided on how to access those opportunities. This information will be invaluable,” he said.

The UN Procurement Summit, scheduled for June 24 at the CSIR in Pretoria, runs alongside the UN’s Sixth International Partnership for Technology in Peacekeeping Symposium, which is being hosted by the South African government and Department of Defence, but is only open to UN member states and representatives.

“As Industry we are delighted that we get presented with an opportunity to showcase our capabilities – not only to the UN but also to the other Member Countries that will be attending the Symposium,” Ndlovu said.

He explained that the UN is such an important target market because of the diversity of the services and goods that are required.

“Irrespective of the sector one may be in, the UN is a potential client. From a defence perspective, the UN provides companies with another potential revenue stream. The volumes that are procured are quite huge, it thus makes it a worthwhile investment for companies to study UN opportunities. UN is also a less risky client from a paying perspective. If you honour your side of the agreement, they will honour theirs.”

The biggest opportunity AMD has identified for the local aerospace and defence sector is fixed and rotary wing airlift. “With the advent of the Ukraine War, this service was predominantly provided by Russian and Ukrainian companies. There is now a vacuum,” Ndlovu explained.

He added that in addition to air charter, South Africa has a lot to offer the United Nations, not only from the local defence industry.

“It is therefore important that we take a global (multi-sectoral) view when identifying areas where South Africa could be of assistance to the UN. As South Africa we have, almost, all the capabilities that the UN could potentially require and this needs to be made known to the UN.

“As the local defence industry, we can offer various services, such as troop provisions, camping systems and maintenance, repair and overhaul of vehicles. We can also offer defence solutions (armoured vehicles, unmanned aerial vehicles, electronic warfare, surveillance equipment, command and control and communication radios) just to mention a few.”

The UN’s Under Secretary General for Operational Support, Atul Khare, and Assistant Secretary General for Supply Chain Management, Christian Saunders, will be attending the Summit on June 24. Some of the topics under discussion at the Summit will cover doing business with the United Nations, the tender process, tips to win a tender, and aviation requirement.

The Department of Defence, SA Aerospace, AMD and Armscor are organising an exhibition which will run alongside the Symposium and Summit. South African companies are invited to take up exhibition stands and showcase their capabilities to the high-level UN gathering.