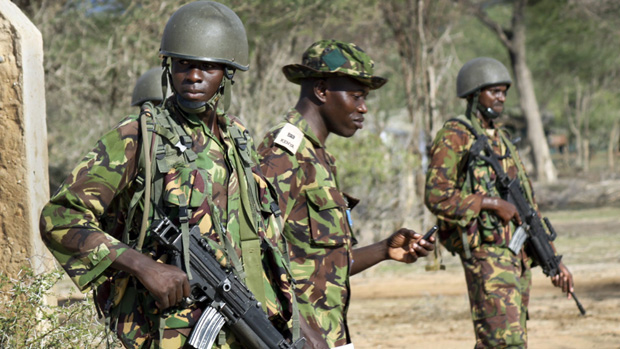 The decision by outgoing US President Donald Trump to withdraw American troops from Somalia is expected to force Kenya and Ethiopia back to the drawing board as the move by Washington will cut off intelligence flow the two East African countries need badly to keep Islamist militants at bay.

The timing of the withdrawal of the troops could not have come at a bad time for Ethiopia, which quelling insurgency in Tigray region, while diplomatic relations between Kenya and Somalia have soured in recent past.

In November President Mohamed Abdullahi Mohamed aka Farmaajo accused Kenya of interference in his country’s internal affairs and recalled its envoy to Nairobi.

When it announced the expulsion of Kenya’s ambassador to Somalia last month, Mogadishu said, “As a result of the Kenyan government’s political interference in the internal affairs of Somalia, the regional President of Jubbaland has reneged on the election agreement that was reached on the 17th September 2020 in Mogadishu.”

Since Kenya military rolled into Somalia in 2011 in attempt to stabilise a country that had been without central authority from 1991, successive regimes that came to power in Somalia have tried to pile pressure on Kenya to recall its nearly 6,000 troops from the semi-autonomous Jubbaland region, which borders Kenya to the south.

The presence the Kenyan troops in southern Somalia provide a security buffer that has helped stymie Al Shaabab incursions into Kenya.

During the 2017 opposition leader Raila Odinga urged the government to start withdrawing troops from Somalia as the first step to mend relations with its Horn of Africa neighbour that is also involved in a territorial boundary dispute.

The American troops are instrumental in providing the intelligence to Kenyan and Ethiopian armies fighting in Somalia – as a part of the African Mission in Somalia (Amisom) troops. The intelligence was pivotal during Kenya’s assault on port city of Kismayu in 2012 that drove Al Shaabab militia out of the strategic coastal town.

Somalia has for decades been a theatre of a civil war, humanitarian crises caused by droughts or torrential rains and violence by Islamist extremists. International intervention by the United States and European Union member-states failed to restore order and the rule of law, forcing Kenya and Ethiopia, who bore the brunt Islamist fundamentalism, to move into Somalia to neurtralise frequent cross-border attacks.

The United States intervened in the country as peacekeepers, but abandoned it not long after the “Black Hawk Down” battle in 1993, which killed 18 Americans and hundreds of militia fighters.

Al Shaabab, which translates to “the youth,” replaced the Islamic Union, which initially had the backing of some Western governments around 2007. Al Shaabab has violently fought for the control of Somalia with occasional attacks outside its borders.

In 2013, Al Shaabab gunmen were behind the shooting to the death of 72 Kenyans at the Westgate shopping mall in Nairobi. Months later, it launched a deadly assault in January on an American air base at Manda Bay, Kenya.

Shabab leaders pledged allegiance to Al Qaeda in 2012. In 2016, shortly before leaving office, Obama Administration officials deemed them part of the congressionally authorised war against the perpetrators of the September 11 attacks, reports the New York Times.

The Pentagon announced on Friday that virtually all of the approximately 700 troops in Somalia — most Special Operations forces who have been conducting training and counterterrorism missions — will be leaving by January 15, five days before President-elect Joseph R. Biden Jr is sworn into office.

The withdrawal from Somalia comes on the back of Trump’s orders to reduce the American presence in Afghanistan and Iraq, and is in line with his longstanding desire to end long-running military engagements against Islamist insurgencies in failed and fragile countries in Africa and the Middle East.

The debate over the value of counterterrorism and training missions like the one in Somalia, the site of the bloody “Black Hawk Down” debacle in 1993, is growing — among the public, in Congress and even in the Pentagon, according to The New York Times.

NYT reports, “Among the points of contention is whether the United States should expend life and treasure for shadowy security operations in remote parts of the world. Mr Trump’s push to leave Somalia before he leaves office comes at a delicate time for the East African nation: It is preparing for parliamentary elections next month and a presidential election scheduled for early February.”

It adds that the removal of American troops could complicate any ability to keep election rallies and voting safe from Al Shaabab bombers. It also comes at a time of political turmoil in neighbouring Ethiopia, whose army has also battled the Shabab.

Supporters of the mission say it is important for the United States to continue strikes on militants and to help train government forces to prevent their territory from becoming a haven for planning terrorist strikes, much like how Al Qaeda plotted the Sept. 11, 2001, attacks from a home base in Afghanistan. Even some of Mr Trump’s staunchest Republican allies in Congress have warned against troop cuts in Somalia.

The media in the US, quoting a defence department official on Friday, reported that many of the American troops in Somalia will be “repositioned” to Kenya. That means airstrikes by drones on militants in Somalia will continue, but efforts to effectively train local security forces on the ground would end.

It was not immediately clear whether other parts of the American presence in Somalia — such as CIA officers, the ambassador and other State Department diplomats who are based at a heavily fortified bunker at the airport in Mogadishu, the Somali capital — will also withdraw.

The mission in Somalia has been in the spotlight in recent days, after it was reported that a veteran CIA officer was killed in combat in Somalia, according to current and former American officials. The death has already rekindled debate over American intelligence’s counterterrorism operations in Africa. The officer was a member of the CIA’s paramilitary division, the Special Activities Centre and a former member of the Navy’s elite SEAL Team 6.

Two weeks ago, Mr. Trump ordered the military to withdraw forces from Afghanistan, halving the number there to just over 2,000. Reductions in the American troop presence in Iraq also are underway.

Also, this week, the Pentagon policy official overseeing the military’s efforts to combat the Islamic State in Iraq and Syria was fired after a White House appointee told him that the United States had won that war and that his office had been disbanded. The ouster of the official, Christopher P. Maier, the chief of the Pentagon’s “Defeat ISIS” task force since March 2017, came just three weeks after Mr. Trump fired Defense Secretary Mark T. Esper and three other Pentagon officials and replaced them with loyalists.