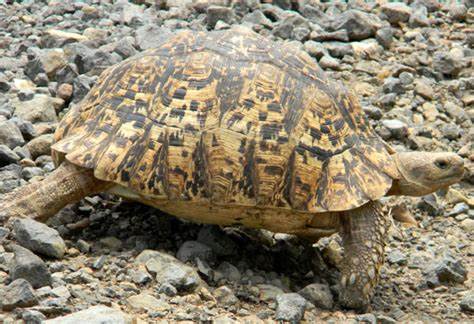 For some communities on the Indian Ocean coast of Africa, tortoises and turtles are potent love potions. Their body parts are harvested and sold to men and women looking to tie down their lovers in a long-term bond of marriage.

To foreigners from the United States and Europe, turtles and tortoises are ornamental animals and the demand for the pets is driving the species towards extinction in eastern and southern Africa despite Convention on International Trade in Endangered Species (Cites) placing the reptile species on the Appendix II list of flora and fauna at the risk of extinction.

A four-month investigation by the Global Initiative Against Transnational Organised Crime (GI-TOC) lays bare the implications of trade in tortoise and turtle, which threatens existence of the species on the eastern Africa Indian Ocean coast, with spotlight on Madagascar (Malagasy), Mozambique, Comoros and Reunion as source countries for the turtles and tortoise sold in the Middle East and Far East Asia.

Predictably, “Dar es Salaam, Tanzania, is a key transit point for illicit goods from the region en route to Asian markets by air. While some trade exists to serve the older demand centres in Europe and the US, the majority of smuggling routes out of Madagascar often go via a transit country in Africa before reaching a destination country in Asia, most commonly South East Asia.”

Seizure data provide useful information about the trafficking routes, “with some confiscations occurring in southern and East African transit states such as Mozambique, Kenya, Ethiopia and Tanzania or other island nations such as Réunion and Comoros. Destination-country seizures often take place in Indonesia, Malaysia and Thailand and to a lesser extent the Philippines.”

GI-TOC found that radiated and ploughshare tortoises are easily sold in online markets in all four of these countries, while physical markets are mostly limited to Thailand and Indonesia. Seizures have also occurred in China, Japan, Taiwan and Singapore.

Kenya’s nesting turtle that upgraded to Cites Appendix II of species threatened with extinction, together with the elephant, has declined in population to estimated 500 turtles. Part of the declined is ascribed to increased number of tourists from Europe and America that visit the 500-kilometre Indian ocean coastline to see the turtle.

Other than the ornamental value, it remains speculative why demand for tortoise and turtles peaked exponentially during the outbreak of coronavirus. Depending on the culture, the reptiles means different things to different people, hence the rising demand.

In Thailand a turtle is believed to offer relief from sadness and upset, while Vietnam a turtle crossing the road portends bad luck or fortune. To a Chinese, patting the shell of a turtle or tortoise brings good luck, while in southern Africa, placing a tortoise shell underneath a door wads off adversity.

The superstitions do not end there. Since turtles and tortoises live long, they are perceived in some cultures as a wand for longevity of family patriarch. In other cultures, “tortoise meat is believed to have healing powers, giving long life to you, just like the tortoise.” In some parts of East Africa, a tortoise is said to have to be to be aphrodisiacal.

According to GI-TOC, the economic turbulence occasioned by the global outbreak of coronavirus created loopholes in anti-poaching laws that traffickers exploited to move tortoise and turtles from Madagascar, Mozambique and Comoros through Zanzibar.

Turtle and tortoise trafficking from Madagascar are driven by a pattern of demand and the country’s vulnerability to illicit flows. In the 1980s and 1990s, demand was driven by specialist collectors from all over the world, in particular those from Europe, the US and Japan, says the GI-TOC in a research report published in the first week of this month.

Madagascan authorities, says the report, have failed to pay “attention to reptile trafficking and it was fairly easy for collectors to arrange for the smuggling of individual or small lots of animals out of Madagascar.”

Even worse, Malagasy ministry officials may have even legitimised this illegal trade by issuing Cites certificates that declared “wild-caught animals were captive-bred.” The illegal trade it traced back to 1996 when 75 ploughshare tortoises were stolen from the Ampijoroa breeding centre.

“Subsequent information suggests that these were stolen by order of a European collector who had been offering juvenile ploughshare tortoises in advance of this theft. It is believed that they ended up in the Netherlands, Prague and Japan, among other places,” reports GI-TOC.

In the wake of international travel restrictions precipitated by the coronavirus pandemic, GI-TOC partnered with the Centre for Social Media Analysis to develop an innovative machine-learning powered tool that searches for text on the indexed web to detect online transactions and other dimensions of the illegal wildlife trade. The result was massive data helped shed light on the magnitude of illicit trafficking in turtle and tortoise from Madagascar and neighbouring countries.

The tool codenamed Cascade helped the researchers to “understand whether machine learning is useful not only for revealing instances of the illicit online trade in species such as ploughshare and radiated tortoises, but also to consider its utility in gaining deepened insights.”

“The illicit trade in wildlife is worth billions of dollars, with exotic pets constituting a substantial portion of that commerce – including the illegal buying and selling of freshwater turtles and tortoises. The internet has been both an enabler and a driver of this trade. As an enabler, cyberspace has created marketplaces and payment methods that allow for illicit transactions to occur with greater anonymity and a significantly lower risk of detection,” the research found.

Social media play a role in popularising trade in exotic animals as it fuels and shapes the demand for the animals.

In the United Nations Office on Drugs and Crime (UNODC) World Wildlife Crime Report 2020, based on seizure data for 2007–2017 and information from UNODC fieldwork and interviews, radiated tortoises were found to be the fourth-most seized of all reptile species.

Field data found that between $2 and $10 is paid per individual at source and they are finally sold to consumers for between $1,000 and $2,000 (for a one- to three-year-old animal, depending on the colour).

This investigation found radiated tortoises to be the third-most trafficked tortoise species between 2014 and 2018 (measured by number of seizures) and also when measured by the number of individuals (1,546) that were offered to Wildlife Justice Commission (WJC) investigators during this operation – for a median price of $410 per head – wholesale price.

WCJ is an international organisation that works to disrupt and help dismantle organised transnational criminal networks trading in wildlife.

Ploughshare tortoises were found to be the sixth most trafficked species by seizure, but only the tenth by the number of individuals (67) that were offered to WJC investigators – for a median price of $5,170 per head (wholesale price)

Despite the Madagascan turtles and tortoises being listed on Cites Appendix II as endangered, the decline of the species is, ironically, driving up the demand market price. GI-TOC says that these species grow increasingly endangered and approach extinction, it makes them even more rare and arguably more sought-after among hobbyists and reptile enthusiasts.

“This creates a vicious cycle whereby the illicit trade perversely incentivizes itself, driving up both the demand and market price for these species. But recommendations for how to reverse this pernicious cycle must also acknowledge that the current moment is marked by macro shifts that are both unprecedented and unforeseen,” it says.

The economic pressure piled on household incomes and government earnings by the coronavirus pandemic, “livelihood prospects contract and traditional donor partners are forced to become more inward-looking and more inward-spending, states such as Madagascar will be disproportionately affected…”

The pandemic has forced the world to acknowledge the threat of zoonoses – infectious diseases that is transmitted from animals to humans through contact.

Coupled with accelerating biodiversity loss as a result of habitat transformation, climate change and other human activities, the research finds that the world is staring at a very real prospect of another mass extinction.

According to Mike Barrett of the World Wildlife Fund, “We are sleepwalking towards the edge of a cliff. This is far more than just being about losing the wonders of nature … This is actually now jeopardising the future of people. Nature is not a ‘nice to have’ – it is our life-support system.”