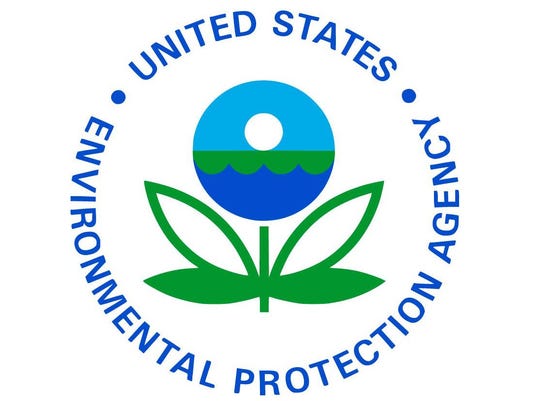 For many scientists at the US Environmental Protection Agency (EPA), the past four years working in President Donald Trump’s government have felt like an eternity. Largely sidelined, they could only watch as his administration dismantled science advisory panels, disregarded scientific evidence and weakened pollution regulations.

Expectations are high that the next four years will see improvements under incoming president Joe Biden – and there are clear and positive steps he can take, according to more than a dozen current and former EPA scientists.

But these insiders also say that Biden will have his work cut out in repairing the damage, including restoring the role of science – and scientists – in crafting environmental rules to protect public health.

They point to changes the Trump administration made that have undermined expert advice and scientific data and that will take time to undo.

“We are not naive,” says one mid-career scientist currently at the EPA who, like other insiders in this story, declined to be named because they were not authorised to speak to the press. “It’s going to take time.”

Multiple sources say EPA leadership has ignored complaints filed by staff that claimed that senior political appointees had violated the agency’s scientific-integrity policy. The EPA declined to comment on the allegations.

EPA scientists have been in Trump’s crosshairs ever since his run for president in 2016, when he promised to slash budgets and jobs at the agency arguing that environmental regulations were costing jobs and “making it impossible for our country to compete”.

Just weeks after entering the White House, his administration proposed cutting EPA’s budget by nearly one-third and laying off more than 20 per cent of its 15,000 staff members.

Ultimately, the US Congress rejected those cuts, but the administration continued its overhaul of the EPA over the next four years. Many senior EPA staff left and the atmosphere dampened considerably, insiders say.

“There’s been an enormous loss of trust. People are exceptionally edgy and they are not going to bounce back quickly,” says one senior EPA scientist. “Biden has a lot of terrific policies he wants to carry out, but the first job will be to bring the agency back to health.”

The first step Biden can take is to appoint a new agency head and EPA observers expect a science-minded individual to be put in place.

“I’m sure whoever the Biden administration appoints will be someone who embraces science and recognises that EPA is a science-based regulatory agency,” says Chris Frey, an environmental engineer at North Carolina State University in Raleigh who served on an EPA advisory panel that was disbanded by the Trump administration in 2018.

By contrast, Trump’s appointees, starting with Scott Pruitt and continuing under Andrew Wheeler, side-lined career scientists at the agency while implementing an industry-friendly agenda.

But one of the most important things Biden can do to boost morale among scientists, insiders say, is to quickly nominate a leader for the agency’s main science arm, the Office of Research and Development (ORD).

The division houses more than 1,000 scientists and engineers who assess scientific data and conduct research that feeds into regulatory decisions, but it has been without a Senate-confirmed leader since 2012.

Although former President Barack Obama nominated a leader for ORD in 2013, Senate Republicans blocked the nominee’s confirmation, leaving the division in the hands of acting or deputy assistant administrators. Trump never nominated anyone for the post.

This vacancy has diminished the influence of the scientists in ORD, says Bob Kavlock, who served as acting head of ORD before retiring in 2017.

“It sends a signal when you have somebody who is confirmed by the Senate – they have much more influence,” Kavlock says. “It puts them at the table with all of the regulatory folks.”

Another way to restore EPA scientists’ confidence is to strengthen the agency’s scientific-integrity policy. Scientists both inside and outside the agency say the policy is strong, but it has shown its limitations under the Trump administration.

In the past few years, according to current and former EPA officials with knowledge of the matter, staff have filed “more than a dozen” complaints against senior political appointees with the EPA’s scientific-integrity office, which is responsible for upholding the policy.

The complaints alleged actions such as intimidating scientists and suppressing science, the officials say. But the EPA’s leadership has been “less than cooperative” with the office’s investigations, they add — and threatened to withdraw the policy altogether.

Research director for the Union of Concerned Scientists’ Center for Science and Democracy, in Washington DC Gretchen Goldman says she does not know anything about these allegations. But Goldman says that the current EPA leadership has created a “culture of fear”, and so if staff still did file formal complaints, it is noteworthy.

Goldman notes that her own organisation has filed two complaints with the EPA’s scientific-integrity office, alleging that agency officials suppressed scientific information while conducting and making decisions on chemical assessments.

To ensure the agency’s leadership abides by the integrity policy in the future, the Biden administration could elevate the integrity office so that it reports directly to the EPA administrator, while having its officials work alongside the EPA inspector general’s office, a move that would give it more authority and independence, says Goldman.

Many EPA observers also expect Biden’s administration to overhaul the network of independent advisory panels – comprised of scientists from academia, industry and state or local government – that advise the agency on public health and environmental issues.

Trump’s appointees at the EPA instituted a series of changes that pushed academic scientists off the rosters, often in favour of scientists more sympathetic to industry, says Chris Zarba, who managed activities for the main Science Advisory Board (SAB) before retiring in 2018 and now works with the Environmental Protection Network, an advocacy group of former EPA employees.

Most controversially, in 2017, the administration barred academic scientists with EPA grants from serving on advisory panels, claiming the grants compromised the scientists’ independence. Officials did not apply the same logic to scientists with ties to industry who took the academics’ place, says Zarba.

“It was a thinly veiled attempt to remove particular perspectives so that they could do what they want to do,” says Robyn Wilson, a researcher who investigates risk assessment and behavioural science at the Ohio State University in Columbus, who was pushed off the SAB by the rule – and successfully sued over her dismissal.

As part of that lawsuit, an appeals court rejected the grants rule altogether. Acknowledging the court decision, an EPA spokesperson said that scientists with grants were not kicked off the panels, but rather given a choice about whether to keep their grant or resign – and noted that industry advisers account for only 9 per cent of the SAB’s current membership.

That figure doesn’t include consultants with ties to industry or scientists who are known to sympathize with the positions of regulated industries, Frey and others contend. According to an analysis by Goldman’s group, academic scientists occupied 75 per cent of the SAB’s seats at the end of Obama’s presidency, and that numb er is now less than 50 per cent.

Advocacy groups say the Trump administration stacked the decks on the EPA’s boards to such an extent that Biden has little choice but to start over with new appointees.

“These were committees that were constituted with an illegitimate process,” says Goldman. “They need to start from scratch and reconstitute them with legitimate scientists.”

Even in Trump’s final weeks as US president, his administration is still pushing through controversial rules at the EPA. On December 9, officials finalised a rule that lays out new requirements for calculating the costs and benefits of future air-quality regulations.

They say the rule promotes transparency, but critics say it will make it harder to justify new regulations and easier to write off the health benefits of restricting air pollution.

Analysts also expect another, potentially ground-shaking measure – known as the ‘transparency’ rule – to be finalised before Trump’s exit from the White House.

Many scientists fear it could prevent the EPA from considering non-public data – including private health data that are often the cornerstone of pollution regulations – when crafting rules.

Reversing course on these and other rules could occupy much of Biden’s first term, but EPA observers are hopeful that the new leadership will be able to turn things around.