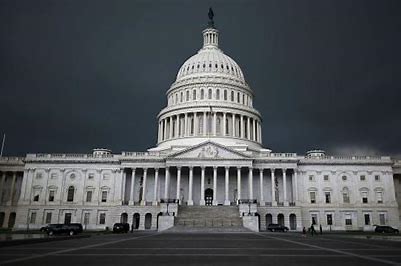 A United States bill that would oblige Washington to punish African governments that abet Russian “malign” activities on the continent is sailing through Congress.

The Countering Malign Russian Activities in Africa Act passed the House of Representatives on April 27 by a huge, bipartisan 419-9 majority and is now sure to be passed by the Senate and become law soon. It would direct the US Secretary of State “to develop and submit to Congress a strategy and implementation plan outlining United States efforts to counter the malign influence and activities of the Russian Federation and its proxies in Africa.”

The bill broadly defines such malign activities as those that “undermine United States objectives and interests.” The Secretary of State would have to monitor the actions of Russia’s government and its “proxies” – including private military companies (clearly Wagner is in the sights) and oligarchs.

The government would have to counter such activities effectively, including through US foreign aid programmes. It would need to “hold accountable the Russian Federation and African governments and their officials who are complicit in aiding such malign influence and activities.”

The bill was introduced to Congress on March 31 and was clearly a response to Russia’s February 24 invasion of Ukraine. Several other punitive laws aimed at Russia – including one directing the administration to gather evidence of Russian war crimes in Ukraine – were introduced at about the same time.

New York Democrat Gregory Meeks, chair of the House Foreign Affairs Committee, said the bill was designed to thwart Russian President Vladimir Putin’s efforts to “pilfer, manipulate and exploit resources in parts of Africa to evade sanctions and undermine US interests,” and to finance his war in Ukraine.

Meeks also presented the bill as supportive of Africa, intended to protect “all innocent people who have been victimised by Putin’s mercenaries and agents credibly accused of gross violations of human rights in Africa, including in the Central African Republic and Mali.”

It is specifically in the Central African Republic (CAR) and Mali that Wagner has been accused of committing human rights violations to prop up dubious governments and thwart Western interests.

Some African governments suspect there’s more at play than protecting “fragile states in Africa,” as Meeks put it. “Why target Africa?” one senior African government official asked. “They’re obviously unhappy with the way so many African countries voted in the General Assembly and their relatively non-aligned position.”

It is true that proportional to other regions, more African states didn’t support the United Nations (UN) General Assembly resolution of 3 March, condemning Russia’s “aggression” against Ukraine. Twenty-seven African governments voted for the resolution. Just one – Eritrea – voted against, while 17 abstained and the rest were absent.

Does that mean the new US bill is designed, at least partly, to punish Africa for its relative lack of support for the US-led effort to punish Russia? Perhaps. Though the sponsors would say it targets Africa because that is where Russia and its proxies have been most active.

And some of the actions that the bill enjoins could benefit Africa. It targets Russian efforts to “manipulate African governments and their policies, as well as the public opinions and voting preferences of African populations.”

What the authors seem to have in mind here are, for instance, the purported efforts by alleged Russian government proxies to bribe candidates in the last Madagascar elections, and the activities in Africa of the Association for Free Research and International Cooperation (AFRIC). This is a Russian election observation organisation, ostensibly independent, but which appears to be run by Yevgeny Prigozhin, the man widely known as Putin’s chef and believed to run Wagner.

Western intelligence agencies and others believe both Wagner and AFRIC are proxy operations for Putin’s government, with a mission to frustrate Western activities in Africa and elsewhere. These agencies contend that AFRIC’s actual function is to counter election monitoring by Western and local monitors, thereby giving credence to the likes of the ruling Zimbabwe African National Union-Patriotic Front. AFRIC did indeed deliver a positive judgement of the last elections in Zimbabwe.

On the flipside of this injunction, the bill urges the US government to strengthen democratic institutions, improve government transparency and accountability, improve standards related to human rights, labour, anti-corruption initiatives, fiscal transparency, monitoring natural resources and extractive industries, and “other tenets of good governance.”

But what about the bill’s intention to thwart Russian efforts to “invest in, engage, or otherwise control strategic sectors in Africa, such as mining and other forms of natural resource extraction and exploitation, military basing and other security cooperation agreements, and information and communications technology”? Does that mean any African country where a Russian company invests will fall foul of this legislation? Or will it only apply to investments that advance Putin’s supposedly nefarious ambitions?

Two potentially controversial case studies in South Africa spring to mind. One is the lucrative United Manganese of Kalahari mine in South Africa, owned by Putin’s oligarch chum Viktor Vekselberg – but with 22 per cent held by the ruling African National Congress’s (ANC) own corporation, Chancellor House.

This dodgy investment is probably keeping the cash-strapped ANC financially afloat. And it’s been speculated that that is the real reason for the government’s controversial “non-aligned” stance on the Ukraine war.

Another case study could be the joint venture between African Rainbow Minerals – owned by South African President Cyril Ramaphosa’s brother-in-law Patrice Motsepe – with Russia’s Norilsk Nickel in the potentially lucrative Nkomati nickel mine.

How the US will see such investments is unclear. However, what is emerging is not so much a picture of the US targeting Africa because it voted the wrong way at the UN. Instead, it seems Russia’s invasion of Ukraine has sparked a new Cold War psychosis – and that all other considerations will henceforth be subordinated to the imperatives of that conflict.

Michael McCaul, senior Republican on the House Foreign Affairs Committee, who co-sponsored the bill, hinted at this on May 4. He told a congressional committee considering several anti-Russia bills: “We must make every state choose between doing business with the free world or with the war criminal.”

So, the danger then, as now, is that Africa will get caught in the crossfire.