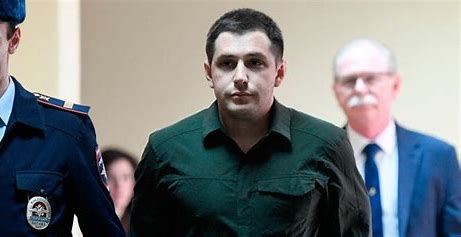 The parents of Trevor Reed, a 30-year-old US Marine veteran imprisoned by Russia who was released in a prisoner swap announced on Wednesday, described the moment they found out their son would be coming home.

In an interview with CNN, Joey and Paula Reed said they were first notified by the State Department of their son’s release after he spent nearly three years in prison.

Reed was sentenced to nine years in prison in July 2020 after he was accused of assaulting a Russian police officer following a night of heavy drinking the summer before. Reed and his family have denied the charges against him.

In exchange for Reed, the Biden administration returned Konstantin Yaroshenko, a Russian pilot who had been serving a 20-year federal prison sentence in Connecticut for conspiracy to smuggle cocaine into the United States.

Reed’s parents said they were able to speak with Trevor soon after his release, and that he sounded “subdued,” “overwhelmed” and “in shock.”

According to Joey Reed, his son told them he was flown from Moscow to Turkey, where the swap took place.

“The American plane pulled up next to the Russian plane and they walked both prisoners across at the same time, like you see in the movies,” Joey Reed said.

While Reed’s parents were on the phone with him, they received a call from President Biden, whom they met with in Washington DC, last month.

Biden, Joey Reed said, was “totally gracious and wonderful and kind,” and told them he hoped to be able to meet with them again soon.

“I heard in the voices of Trevor’s parents how much they’ve worried about his health and missed his presence,” Biden said. “And I was delighted to be able to share with them the good news about Trevor’s freedom.

“The negotiations that allowed us to bring Trevor home required difficult decisions that I do not take lightly,” he added. “His safe return is a testament to the priority my administration places on bringing home Americans held hostage and wrongfully detained abroad. We won’t stop until Paul Whelan and others join Trevor in the loving arms of family and friends.”

Whelan, a Michigan corporate security executive, and WNBA star Brittney Griner are among the other Americans who remain jailed in Russia.

At the White House, press secretary Jen Psaki said Biden ultimately decided to commute Yaroshenko’s prison sentence because the “overriding priority” was the safe return of Reed, whose health had deteriorated.

“This individual had already served the majority of his prison sentence for nonviolent drug crime,” Psaki said of Yaroshenko. “And our overriding priority here was the safe return of Trevor Reed, knowing not only had he been held against his will for too long, but that his health condition required urgent treatment.”

Reed’s parents said they were concerned about his health after seeing footage of his transfer.

“He was walking strange,” Joey Reed told reporters outside their home in Granbury, Texas. “They had to help him get up in the airplane.”

“He looks terrible to us,” Paula Reed added. “As his parents, we know he does not look well. Very thin.”

But that hasn’t diminished her excitement for his return. “Finally, after all this time, I’m going to be able to hug my kid,” she said. “It’s been almost a thousand days. I’m just excited to see him.”