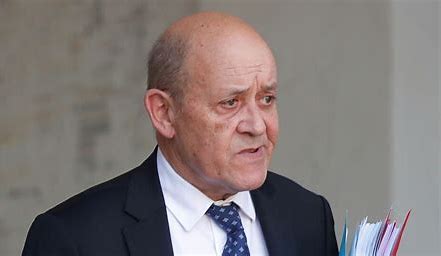 United Nations trust fund dedicated to preventing chronic malnutrition Unitlife, was officially launched on Monday June 28 on the side-lines of the Generation Equality Forum. The announcement was made at a virtual event co-hosted by France Minister for Europe and Foreign Affairs Jean-Yves Le Drian and United Arab Emirates Minister for State for International Co-operation Reem bint Ebrahim Al Hashimy.

Despite affecting 149 million children globally, chronic malnutrition receives little attention and adequate investment. Through innovative finance and partnerships, Unitlife is intended to close that investment gap and finance nutritious food systems and climate-smart agriculture, while empowering women and increasing their awareness about the vital importance of good nutrition for their children.

Unitlife was created by UN Women, UN Capital Development Fund the government of France, and the Abu Dhabi Crown Prince Court, which provided $2.5 million funding through Reaching the Last Mile, a portfolio of global health programmes working towards disease elimination that is driven by the personal commitment of His Highness Sheikh Mohamed bin Zayed, Crown Prince of Abu Dhabi.

In opening remarks Jean-Yves Le Drian said, “Food insecurity and malnutrition remain one of the greatest challenges of our century. While historic progress has been made, we unfortunately know that it remains insufficient.’’

“As you know France is taking determined action to reduce this scourge by focusing a significant portion of its efforts on pregnant or breastfeeding women or infants during the crucial 1000-day period surrounding the birth of a child,” said Le Drian.

In her remarks, Reem bint Ebrahim Al Hashimy observed, “I am honoured to announce our support of Unitlife and the effort to protect millions of children around the globe who are vulnerable to chronic malnutrition. Reflecting the UAE’s decades-long focus on global health, Sheikh Mohamed bin Zayed is committed to creating a healthier future, particularly within the world’s most vulnerable communities.”

Al Hashimy explained, “Unitlife’s efforts to fight chronic malnutrition are steeped in innovation and sustainability, approaches that the UAE shares. Our wholistic approach to global development reflects an understanding that we can only uplift humanity if we first work to improve health and food systems and their quality.”

The Covid-19 pandemic has made the need to combat chronic malnutrition even more acute. Disruptions in food, health and social protection systems are expected to result in an additional 2.6 million chronically malnourished children by 2022.

“Due to the Covid-19 pandemic, many parents are no longer able to feed their children properly. However, nutrition is the foundation that gives children the best start in life, thereby allowing them to escape the cycle of poverty or conflict. This is why nutrition directly impacts the achievement of at least 12 of the 17 Sustainable Development Goals,” said Ms Verburg, Coordinator of the Scaling up Nutrition Movement and Under-Secretary-General of the United Nations.

Since starting operations in February 2021, Unitlife has forged several innovative partnerships. Most notably, the organization has partnered with Ecobank Group, the Pan-African banking institution.

During his speech, Mr Ayeyemi, Chief Executive Officer of the Ecobank Group explained why private sector actors should engage with Unitlife, “The private sector cannot stand aside, on the contrary, we should be the cornerstone of the development of our societies in Africa. With technology and our platforms, we can give our customers the opportunity to contribute to the fight against chronic malnutrition. We can achieve this only if we act collectively.”

Closing the event, Philippe Douste-Blazy, Unitlife Chair and Former Minister of Foreign Affairs, France reminded the audience of the urgency of acting immediately: “We are on the eve of the Generation Equality Forum, three months from the UN Food Systems Summit, and six months from the Nutrition for Growth summit. It is the right time to galvanize our efforts.”