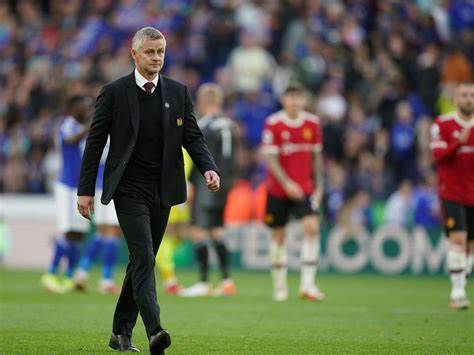 Ole Gunnar Solskjaer has explained why he won’t resign as Manchester United manager following his team’s embarrassing defeat to Liverpool at Old Trafford.

The Red Devils were thrashed 5-0 by Jurgen Klopp’s Liverpool on a humbling afternoon for 20-time English champions United and their under-fire manager Solskjaer.

The emphatic defeat will inevitably lead to increased pressure on club legend Solskjaer, who has largely struggled since replacing Jose Mourinho as Manchester United boss in December 2018.

United have not won any silverware under Solskjaer and the club are now just seventh in the Premier League, but the Norwegian boss insists he will not step down.

“I have come too far; we have come too far as a group. We are too close to give up now,” Solskjaer said. “It is going to be a difficult one. The players will be low but there” s loads of characters there. We know we are rock bottom; we can’t feel any worse than this. Let’s see where we take it.”

Manchester United were 2-0 down inside 13 minutes as 2020 Premier League champions Liverpool made a flying start and scored twice through Naby Keita and Diogo Jota.

In-form Mohamed Salah scored twice before half-time to put Liverpool 4-0 up at the break and the Egyptian superstar completed his hat-trick five minutes after the restart.

While Liverpool did not extend their lead any further, Manchester United’s afternoon got even worse when second-half substitute Paul Pogba was sent off for a late challenge on Keita.

Solskjaer added: “It is not easy to say something apart from it is the darkest day I have had leading these players.

“We were not good enough individually and as a team, can’t give a team like Liverpool those chances but unfortunately we did.

“The whole performance was not good enough. We created openings, they had chances and they have been clinical. The third goal decided the game.”

Red Devils captain Harry Maguire, meanwhile, apologised to the club’s fans, many of whom left at half-time as Liverpool handed out a thrashing.

“We apologise to the fans, it was nowhere near good enough for this club,” Maguire said. “They stuck with us right to the end and we appreciate that but as a club we have to do better.

“I am so disappointed; we gave them so many chances. They were so clinical; we had a lot of chances ourselves but I am a defender and to concede four in the first half especially at Old Trafford is nowhere near good enough.

“As a player I know myself. I’ll be looking at myself and my individual performance. We have to stick together, there is no point blaming each other but look at ourselves. Look in the mirror when we go home tonight and think where we can do better. To lose to Liverpool in any game of football hurts.

“The rivals, the way we lost the game, to be 4-0 down at half time in front of our fans, like I say it is not good enough.”