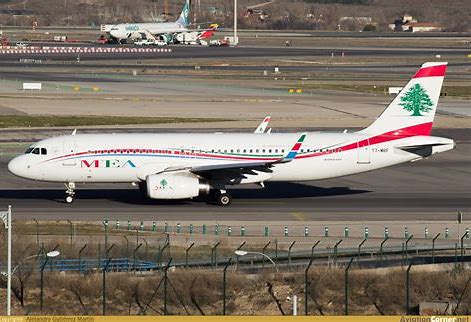 An Airbus A320-232 with the tail number YU-APH made its first flight on December 13, 2005. Since then, the aircraft has clocked millions of miles, flying routes for Air Deccan, Kingfisher Airlines, Bingo Airways, and Syphax Airlines before being taken over by Air Serbia, the Eastern European country’s national flag carrier, in 2014.

For eight years, YU-APH flew without any issues – until it landed at 10:37 pm on May 25, 2022, at Moscow’s Sheremetyevo International Airport. It had flown in from Belgrade and was due to take off again on a late-night return within the hour. But there was a problem: The pilot had reported an issue with the plane’s engine casing that needed to be fixed.

The supplier of the broken part, Charlotte, North Carolina-based Collins Aerospace, reportedly refused to fix the problem, citing sanctions against Russia resulting from its February 2022 invasion of Ukraine. The plane was stuck.

Contacted for comment, Collins Aerospace did not respond. It took six days for the problem to be fixed and the A320 to depart Moscow for Belgrade. Air Serbia also did not respond to a request for comment about how the engine casing was replaced or fixed, and who manufactured the part.

YU-APH managed to remedy its fault, but there are increasing international concerns that planes flying into, from, and around Russia could become a safety risk as sanctions prevent them from being maintained properly.

Patrick Ky, executive director of the European Union’s Aviation Safety Agency, said at a recent conference that he felt the situation was “very unsafe.” “In six months – who knows? In one year – who knows?” he said.

As of the end of May, there were 876 aircraft in the Russian commercial jet fleet, according to data provided by Ascend by Cirium, an air industry consultancy – down from 968 aircraft in late February. Most of these were made by Airbus or Boeing planes, both of which stopped supplying spare parts to Russian airlines in order to adhere to sanction rules.

“They’re not allowed to get any type of part from Boeing or Airbus,” says Bijan Vasigh, an economics professor at Embry-Riddle Aeronautical University. “The transfer of any part or technical expertise to Russia is prohibited.”

The problem is that aircraft need constant maintenance, repairs and replacements.

Planes aren’t simple things, with a cornucopia of parts coming together to keep passengers in the air. And because of the high-stakes nature of flight, some parts need to be changed very regularly. Anyone who’s ever watched a plane land from the ground or a viewing observation deck will know that bringing a heavy metal tube to a halt is a challenge. Tires are among the hardest-hit parts of a plane, burning rubber as the brakes are applied, with puffs of smoke often coming from wheels – and plenty of slick, black trails left on the tarmac.

Tires are changed every 120 to 400 landings a plane makes. Internal flights running short domestic routes could make four journeys a day, meaning the wheels need to be swapped out every one to three months. Boeing stopped supplying the Russian market on March 1, 113 days ago. Airbus followed a day later. “They’re going to wear down,” says Max Kingsley Jones, senior consultant at Ascend by Cirium, of the wheels. “They can’t source replacement tires: That’s a potential risk.”

Worn-down tires would just be the first indication of decay. Planes are powered by computer systems that require regular maintenance, with some systems programmed to switch off after a number of flight cycles or calendar days and reset. That includes aircraft engines and auxiliary power units, the electricity generator that pumps compressed air through the cabin in flight and powers the firing of the engine when the plane is first turned on.

“Some of those parts are life-limited,” says Kingsley Jones. “They literally have to be taken off the aircraft and replaced when they get to a certain age, or a certain number of flights.”

Despite the stereotype of running old, dilapidated planes into the ground, Russia’s fleet of aircraft compares favourably with those in much of the rest of the world. The average age of a Russian-run plane is 10.5 years, according to the Association of Tour Operators of Russia. The age of the average passenger plane worldwide is 10.3 years, according to management consultancy Oliver Wyman.

“Don’t misunderstand the Russian capability with aeronautical engineering,” says Kingsley Jones. “They are a very capable nation; they have their own aircraft manufacturing industry and are quite capable of maintaining the aircraft they do.”

But as Russian airlines run down their supply of official spare parts, they’re going to be forced to adopt alternative measures. In April and May, Russian authorities widened the pool of companies that can service planes operating in the country beyond international norms.

“I don’t think it’s that these aircraft are all flying death traps,” says Kingsley Jones. “It’s more than there’s an unknown quantity about the whole thing.”

Third-party parts that are produced by Russian manufacturers could well be used to replace broken parts. This is something that happens in the rest of the world but is frowned upon by the aircraft leasing companies that provide most of the planes to carriers.

Russia has said it plans to build a parts manufacturing plant in Kazan by 2023 to fill the supply gap.

“If the situation is not really resolved in the next two or three months, Russian aircraft could be grounded totally or forced to fly with unapproved or unauthorized parts,” says Vasigh.

Sanctions – alongside the global slowdown caused by Covid-19 – have cut a huge chunk out of Russia’s international air traffic, according to consultancy Ascend by Cirium. The number of aircraft it tracked on international flights on June 10 was 179, compared to 493 on January 3, 2020. That’s largely because around 70 per cent of Aeroflot’s planes are leased by a company that has called in its aircraft, demanding them back from the Russian carrier, according to Vasigh.

This means if its planes land in most European countries, they will be confiscated. But while international travel has been grounded, domestic air travel within Russia is continuing at a steady clip. Ascend by Cirium tracked 456 aircraft flying domestically on June 10, 30 more than 2.5 years ago.

The planes are still flying, but the parts aren’t arriving. So, what’s happening? “Most probably, Russian operators will have to cannibalise other planes they have,” says Volodymyr Bilotkach, associate professor of air transport management at Singapore Institute of Technology.

That causes its own issues. Right now, the concern is about the safety of aircraft flying in the here and now. But it seems unlikely that Russia will be a pariah state forever. Sanctions will eventually be lifted and aircraft currently flying in Russia – many of which have been illegally sequestered by the Russian state – will want to return to flying routes without a connection to Russia. That will be made trickier by Frankensteining parts from other planes.

“All these parts are quite highly controlled,” says Bilotkach. “The manufacturers know which particular spare part is going to be installed on which aircraft. You need proper records of that.” But required paperwork is unlikely to be maintained. “As soon as an aircraft doesn’t have a proper maintenance record, the value of those aircraft drops to zero,” says Vasigh.

None of the experts says they’d rush to step onto a plane operating in Russia at the moment. Bilotkach – a Ukrainian national – equated it to taking international-facing Russian airlines that had significantly improved their safety records in the post-Soviet Union back 30 or more years.

“Just look it up on Wikipedia,” he says. “They have a separate page for air crashes in the Soviet Union.”