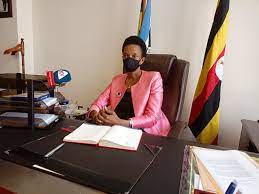 Uganda said on Tuesday it had agreed to a request from the United States to take in temporarily 2,000 refugees from Afghanistan fleeing after the Taliban takeover.

The East African nation has a long experience of hosting people escaping conflict and currently hosts about 1.4 million refugees from South Sudan, the Democratic Republic of Congo, Rwanda, Burundi and the Central African Republic.

“The request was made Tuesday by the US government to President Yoweri Museveni and he has given them an okay to bring 2,000 Afghan refugees to Uganda,” Esther Anyakun Davinia, Uganda’s junior minister for relief, disaster preparedness and refugees, told Reuters.

“They are going to be here temporarily for three months before the US government resettles them elsewhere.” It was unclear when they would start arriving. Albania and Kosovo have also accepted a US request to temporarily take in Afghan refugees.

Afghanistan has been rocked by political unrest following the takeover of government by Taliban militants on Sunday, August 15.

Ms Anyakun said further that the first batch of about 500 Afghan refugees had been expected on Monday, August 16, but they did not arrive. By Tuesday evening, they had not arrived.

“We are expecting they might come any time since it’s an emergency landing. They have requested us to host 2,000. They will be received in shifts,” she explained.

According to the government, the US administration will meet all expenses incurred during their (refugees) stay. a local newspaper, the Daily Monitor reported that the refugees from the US and other countries would be accommodated by Uganda for three months and will arrive in groups of 500.

Uncertainty grew in Afghanistan after the hardline Islamic group of the Taliban regained power from President Ashraf Ghani, almost 20 years after a US invasion had toppled the group.