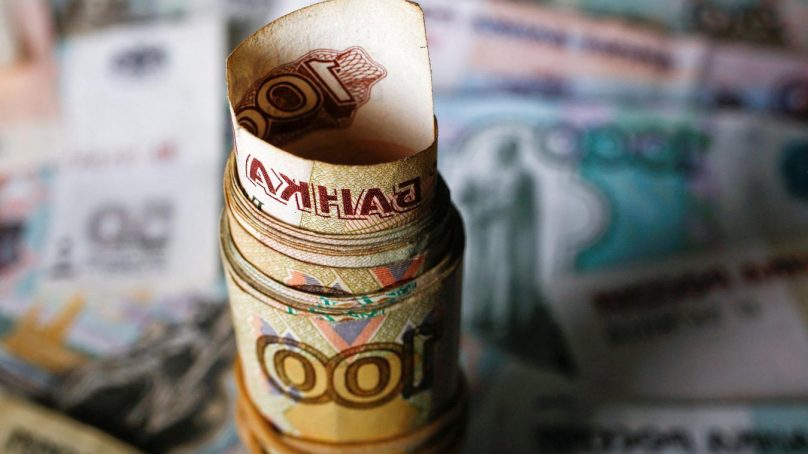 Russia says it made a $117 million bond payment – a move to avoid defaulting on its debt – and the US Treasury Department said it would allow the instalment.

Russia’s finance minister told state-run media Thursday that the country fulfilled a debt obligation, and noted that it’s up to the US as to whether the payment would be allowed. The Treasury said it would let the payment go through.

Reuters reported on Thursday that correspondent bank JPMorgan received the payment and made a credit to the paying agent Citigroup, which is responsible for distributing the money to investors.

Representatives from Citigroup and JPMorgan declined to comment on the matter. A report from Bloomberg said Russia’s finance ministry ordered the interest payment on Monday, ahead of its Wednesday due date.

US sanctions on doing business with Russia’s central bank and other institutions won’t block Moscow from making payments to Americans on dollar-denominated debt until just after midnight on May 25, a Treasury spokesperson told Bloomberg.

Russia earlier said if its dollar payments weren’t allowed, it would repay its foreign debt in rubles. Credit ratings agency Fitch said that could amount to a default as investors expected to be paid in dollars.

So far, the bondholders haven’t received the bond payments yet, sources told Reuters.

Russia has been teetering on its first foreign-currency bond default since 1918, during the aftermath of the Bolshevik Revolution. The $117 million interest payment on two-dollar bonds was a key test for a country whose credit rating was recently slashed to junk from investment-grade.

Putin’s forces launched a full-scale attack on Ukraine last month, unleashing a wave of sanctions from the West that have largely cut off Russia from global financial markets and blocked it from accessing about half of its $640 billion in foreign currency reserves. Facing extreme hunger: How Madagascar’s children are paying the price for drought and deforestation