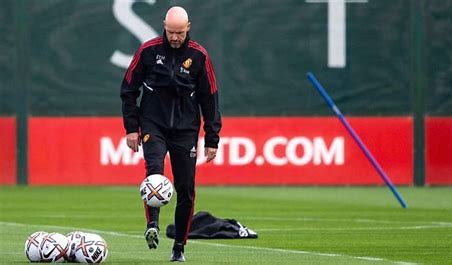 Theatre of Dreams: Man United squads of recent seasons would be European champions if titles were won on excuses

Manchester United have made it very easy to be pessimistic about anything emerging from Old Trafford. Almost a decade of mis-management has made it the instinct of anyone with even a casual relationship with reality to be sceptical about the Red Devils’ prospects, despite the dawn of the latest of many new eras.

It has not been a smooth start for Erik ten Hag. The new manager hasn’t personally put a foot wrong, but those around and above him appear to be struggling to equip the Dutchman with the tools he needs for a mammoth rebuild.

The concern many supporters hold over the absence of any recruitment whatsoever so far this summer is fair. In a perfect world – which we all know Carrington exists outside – Ten Hag would like to have been joined on his induction day by some new faces when the first glut of players returned for pre-season on Monday.

But let us briefly fight that natural cynicism and ponder whether the picture right now at United might be as rosy at it could reasonably be.

Firstly, Ten Hag’s presence offers an immediate lift. Even before he’d got on the grass (trimmed to his exact specifications), the prospect of what impact a proper coach – of the like United haven’t had for a weirdly long time – might have on an undeniably talented group of players is reason enough to conjure up some optimism where little remained.

For the players who have moaned about the level of guidance and intensity of their workouts under the last two managers, the sight of Ten Hag putting down the cones is welcome indeed. The squads of recent seasons would be European champions if titles were won on excuses but their performances, certainly in comparison to their rivals, lends credence to their claims that they were not being pushed hard enough on the training ground. No taskmaster would have tolerated those performances.

From what we know of Ten Hag, the culture of excuses and blame-shifting will have been banished upon the sweet release of the final whistle of last season. That cannot have escaped even this squad, with its collective and selective deafness. Some of the bad apples have gone, but some undoubtedly will remain. Ten Hag will be watching them more closely than the last couple of managers, who tended to leave the day-to-day coaching to their assistants. That isn’t to say that Ten Hag won’t delegate, but the new boss will doubtless be keeping the United squad on a much tighter rein. They need it.

Regardless of whatever improvement Ten Hag’s tuition will tease from United’s individuals and units, the squad absolutely needs strengthening. Ralf Rangnick advised eight to 10 recruits, a recommendation that came long after anyone at the club had stopped listening to him. But he probably had a point.

Recruitment on such a scale was never a realistic possibility, even if Ten Hag had agreed with his interim predecessor. United’s hierarchy, like many clubs, have never demonstrated an aptitude for multi-tasking and there seems to be a Frenkie-first approach to this summer’s shopping. We can criticise United for struggling to get that deal done – we have on multiple occasions, and probably will do again – but at least their focus on the Dutchman indicates that United are listening to the manager when it comes to determining their targets.

In previous years, United would be throwing money at the likes of Ousmane Dembele and Paulo Dybala just to get a name through the door and on the back of £70 replica shirts.

Similarly, that United’s scouting network seems to stretch no further than the city limits of Amsterdam doesn’t have to be seen as failure. Ten Hag has clearly analysed the squad and recognises the scale of the job to bring them up to the level he wants, playing a style he wants. Shopping for players he knows will fit his criteria is just common sense, certainly in the immediate term, since a swift and tangible improvement is expected this season.

That can also be true while saying that expectations have rarely been lower. The bar for this season is what? Fourth place and an identifiable style of football? No recent United season has begun with qualifying for the Champions League viewed as a success by anyone not carrying the Glazer gene. With no real demand – yet – to keep pace with the likes of Liverpool and Manchester City, Ten Hag has time to get his message across to the players he has inherited and to add those he wants.

The teams Ten Hag needs to stay in touch with are not Liverpool and City but Chelsea, Arsenal and Tottenham. And perhaps Spurs simultaneously prompt the most concern yet reasons for optimism.

They were in a similar rut, perhaps not so deep, as United before Antonio Conte came in. The Italian showed what difference a top-class coach can make, even if the group of players is not to his particular taste. Now he has his feet under the table in north London after achieving that all-important fourth-place finish, Spurs are acting decisively, with an almost unsettling amount of competency, to bring in the players he prefers.

So on July 1, when the horror of the last campaign officially became ‘last season’ and the next one ‘this season’, United fans can allow themselves some flutters of positivity that this will indeed be a fresh start. As fresh as any could possibly be under the current ownership.