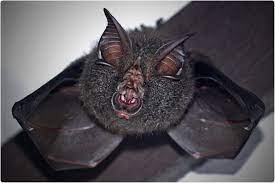 Studies: Bats’ virus tolerance is higher than humans’, hence the massive load of pathogens they traffic

When a host, whether bat or human, is infected with a disease-causing pathogen, the ensuing interaction is often described as a battle: The host’s immune system pulls out the big guns to fight and eradicate the invader.

In immunology parlance, this is known as resistance; its end-game is destroying the pathogen.

But there’s a growing appreciation of the importance of disease tolerance, a “keep calm and carry on” approach in which the immune system limits collateral damage to the host but doesn’t worry about getting rid of every trace of a pathogen. And several recent studies suggest that this tolerance model captures how bats interact with many of the viruses they carry.

Many details are missing: There are some 1,300 bat species – they are the second largest order of mammals, outnumbered only by rodents – and studies typically focus on one or a handful. But a rough picture is emerging.

Research suggests that the bat immune system deals with marauding viral invaders in two key ways: First, the bats mount a speedy but nuanced offensive that stops the virus from multiplying with abandon. Second, and perhaps more important, they dial down the activity of immune foot soldiers that might otherwise cause a massive inflammatory response that would do more damage than the virus itself.

Key players in this two-part bat immune response are interferons, small signalling molecules that got their name because of their talent for interfering with virus replication. They’re a first line of defence for mammals in general: When cells are infected by viruses, they release various interferons as an alarm signal, as do some immune system cells.

But bats seem to go one better. To start with, some species have an outsize number of genes for making interferons: Large flying foxes (Pteropus vampyrus) and little brown bats (Myotis lucifugus) have dozens of genes for making even just one kind, called type 1 interferons; the Egyptian fruit bat (Rousettus aegyptiacus), a natural host of Marburg virus, has 46 (humans have about 20).

Black flying foxes (Pteropus alecto) seem to use another strategy: In this species — as well as the lesser short-nosed fruit bat (Cynopterus brachyotis) – some genes for making interferons are always turned on, even when there’s no viral invader to contend with. In the black flying foxes, these “always on” interferons, among other things, kick-start production of an enzyme that chops up viral genetic material.

Black flying foxes and big brown bats (Eptesicus fuscus) have yet another trick up their wings. They have an extra-strong version of a protein whose job is to flip the “on” switch for some interferon genes. Experiments by Banerjee and colleagues using genetically altered human and bat cells found that in either kind of cell, the bat protein was better than the human version at keeping viral numbers down after exposure to a cousin of the rabies virus.

Bats, in other words, seem to have multiple layers of interferon protection: one that stands at the ready to quickly curtail viral replication, and another, more standard-issue one that ramps up activity after a viral invader has appeared. But it’s not just a blunt one-two punch. The sheer number of interferon genes some bats have hints at a flexible, more nuanced response.

Having many, many copies of a gene presents opportunities, says Thomas Kepler, a computational immunologist at Boston University’s medical school, who’s done much of the Egyptian fruit bat research. Some of the genes can ramp up or down their activity even as other ones keep normal functions going. Rather than all of the interferons sounding the standard “prepare for war” alarm, some may tell cells to hold their fire and sit tight.

The message, Kepler says, may be, “We’ve got a virus, let’s use soft power for as long as we can.”

A key thing that interferons do in mammals is encourage inflammation. This response is essential for fighting infections, but too much can be catastrophic. Out-of-control inflammation is a common theme in severe illnesses from viruses that have jumped from other species: In people infected with deadly filoviruses like Ebola, for example, a bombardment of inflammation-causing molecules spurs the failure of multiple organs and a septic shock-like syndrome.

Some novel strains of influenza, including the one that caused the 1918 pandemic, are especially adept at triggering a barrage of inflammatory molecules. This prolonged blitz, which can manifest as what’s called a cytokine storm – was also found in people who fared poorly with SARS, and is what kills many of the sickest patients with Covid-19.

“If you get infected with something, the immune response is always walking this tightrope,” says immunologist Mandl. “It’s a balance between making sure the response is vigorous enough, but not so vigorous that, for example, you end up with the lungs filling with fluid and a lot of inflammatory cells.”

Bats, in addition to their tricks for mobilizing interferons, walk this tightrope with finesse. They largely avoid the dangerous inflammation overreaction and seem to have several ways to do so.

A growing body of research suggests that many bat species tolerate virus infections thanks to a two-pronged immune strategy that keeps a lid on viral replication and prevents out-of-control inflammation. During stressful conditions, such as when food is scarce, the animals’ immunity may weaken so that these low-level infections flare up or the animals are more likely to become freshly infected. Research suggests such conditions can coincide with bats shedding more virus, leading to spill-overs to other species.

For example, a study of immune cells called macrophages of the greater mouse-eared bat (Myotis myotis) found more production of interleukin-10, a protein known to suppress the body’s inflammatory responses, compared with mouse macrophages when the cells were exposed to chemicals that mimic a virus infection.

And aspects of the genome of the Egyptian fruit bat, published in 2018 in Cell, suggest that bats may subdue immune cells called natural killer cells that can injure bodily tissues if they overreact. Natural killers respond to interferons by hunting and killing virus-infected cells. But bat natural killers have an unusual number of receptors that restrain, rather than activate, the cutthroat response.

The genome paper also reported that some of these “hold your fire” receptors are active in an array of cells and tissues, even in uninfected fruit bats. In other words, noted authors of a commentary, aptly titled Holy Immune Tolerance, Batman! – the animals might be primed at all times to mute the ferocity of their natural killer cells.

Reworking democracy: Goal of ‘ranked-choice voting’ is to produce winners with a mix of the electorate