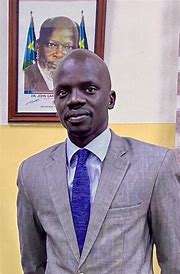 South Sudan’s Ministry of Petroleum officially launched the country’s first-ever oil and gas licensing round in an inaugural event on Wednesday in Juba. Focused on accelerating exploration and production at new and existing blocks, and promoting the country as a competitive investment destination, the event signified an historic moment in the country’s competitive oil and gas sector.

The event was officially launched by Minister of Petroleum Puot Kang Chol and presentations were made by Undersecretary in the Ministry of Petroleum Awow Daniel Chuang and Minister of Finance and Economic Planning Athian Ding Athian, with closing remarks by Vice-President and VP of the Economic Cluster of the Transitional Government of National Unity James Wani Igga.

With emphasis placed on political improvements, the improved legal framework, and the ongoing acquisition of new data, the launch has reaffirmed the country’s commitment to advancing the sector.

“Oil licensing is a proof of stability and progress in South Sudan. These blocks are part of a vision for lasting peace in the country and we want to open up the energy sector for investment. The Ministry of Petroleum has identified new exploration blocks with potential hydrocarbons for investors, operators, and other parties. We are inviting genuine investors and as mentioned in our Petroleum Act, we will try our best to be transparent,” stated Puot Kuang Chol.

“It is high time for us to help maximise the natural resources we have, and I applaud the MoP for what they are doing. The oil industry has had its ups and downs, but it is about time that these resources benefit the community, and everyone gets their rightful entitlement of the development that is taking place in South Sudan,” stated Athian Ding Athian.

“Certainly, one can say with confidence that South Sudan is doing well in maintaining peace and implementing peace agreements. For the first time we can really promote investment. The country needs to rigorously enforce transparency and good governance. We need accountability to improve. I am glad that with this new licensing round, the whole country will benefit,” said James Wani Igga.

Additionally, the launch meticulously outlined the licensing process and schedule, providing insight into new and available blocks, technical capabilities and data. By detailing crucial analytical data and information to assist operators and investors, the launch emphasized that South Sudan is officially open for business, and accordingly, is welcoming investors to its competitive sector.

“Most of the areas being licensed had previously not been explored properly in terms of seismic data due to complications from the war. In 2019, we contracted Petrotech to help with the data. The absence of data previously made it difficult to conduct licensing round. However, this licensing round today allows South Sudan to conduct a transparent tendering process with trustworthy data that is available,” stated Awow Daniel Chuang.

According to the MoP, the government will use stringent criteria in its facilitation of the bid evaluation and investor selection process. With the offered blocks falling between longitudes 25 and 36 and between latitudes 4 and 11, and the size of blocks ranging between 4,000 and 25,000km², the licensing round is expected to be highly competitive. Additionally, the MoP is emphasising the role of Nilepet in facilitating growth across the industry.

“If you look at the mining blocks today, the percentage of Nilepet has gone to 10 per cent equity. We want investors but we also want to promote the capacity of Nilepet as the national oil company,” observed Puot Kang Chol.

The newly launched licensing round will be expanded on at the South Sudan Oil & Power 2021 conference, organised by Energy Capital & Power and endorsed by the Ministry of Petroleum. The ministry will make public the exploration of new blocks, existing blocks and will explain how it will further explore already producing areas.

The event is scheduled for Crown Hotel in Juba on June 29-30, 2021 is expected to drive up investment, promote engagement and accelerate growth in South Sudan’s oil and gas sector.

Africa in urgent need of cyber ‘perimetre fences’ to ward off phishing, rip-offs