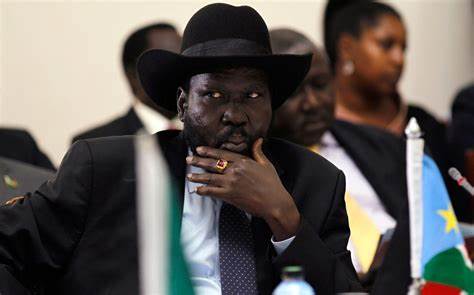 South Sudan’s leaders announced on Thursday that the country’s post-war transitional government would remain in power two years beyond an agreed deadline, in a move foreign partners warned lacked legitimacy.

Martin Elia Lomuro, the minister of cabinet affairs, said the decision was taken “to address the challenges that impede the implementation of the peace agreement”, following a 2018 deal to end a five-year civil war that left nearly 400,000 people dead.

“Thus a new roadmap has been agreed,” the minister said, speaking in the presence of President Salva Kiir and First Vice President Riek Machar, who formed a unity government more than two years ago after half a decade of fighting.

The world’s newest nation was meant to conclude a transition period with elections in February 2023, but the government has so far failed to meet key provisions of the agreement, including drafting a constitution.

The so-called troika of the US, Britain and Norway boycotted Thursday’s announcement, pointing out that the government had not consulted all the parties involved in the 2018 deal before announcing the extension.

The letter said, “Whether a roadmap and an extension are seen as legitimate by the people of South Sudan and the international community will depend on an inclusive consultation process. We cannot guarantee that we will be able to support a roadmap or extension in other circumstances.”

The United Nations has repeatedly criticised South Sudan’s leadership for its role in stoking violence, cracking down on political freedoms and plundering public coffers.

South Sudan, one of the poorest countries on the planet despite large oil reserves, has suffered from war, natural disasters, hunger, ethnic violence and political infighting since it gained independence in 2011.