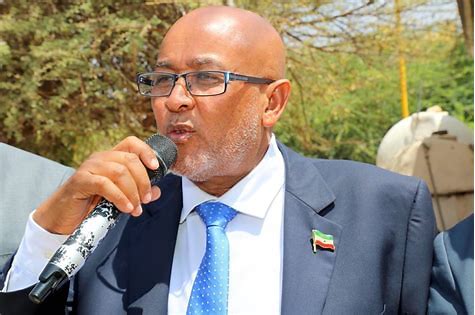 Somalia has granted licenses to two foreign banks, a move that has swung open the Horn of Africa country’s to international investment for the first time in more than 30 years.

The Egyptian bank Banque Misr and the Turkish bank Ziraat Katilim are the first foreign banks to be allowed to operate in Somalia, the Somali Central Bank Governor Abdirahman Mohamed Abdullahi said in a press dispatch on Tuesday.

The investments are good tidings for newly elected President Hassan Sheikh Mohamud, barely a month after defeating Mohamed Abdullahi Mohamed Farmaajo. To neighbouring countries – Kenya, Djibouti and Ethiopia – that have in the past five years had wobbly diplomatic relationship with Mogadishu, making Somalia attractive to foreign investments may be an insurance against insurgencies that often destabilise the Horn of Africa.

“The review of the applications of these two banks has been the subject of a lengthy process of several months,” the institution said, adding that they had the green light to establish and operate branches.

“These are two strong banks that will add value to the development of Somalia’s financial sector and contribute to the growth of our economy,” the statement quoted Central Bank of Somalia Governor Abdirahman Mohamed Abdullahi.

One of the world’s poorest countries, with more than 70 per cent of its population living on less than $1.90 a day, Somalia is struggling to recover from decades of civil war.

The country of 15 million people has at least half a dozen commercial banks, some of which offer services through “hawala”, an informal network of over-the-counter money transfers.

Hawala is a low-cost system that allows deposits made at a foreign bank to be instantly credited to recipients who need only provide basic identification information matching that provided by the sender. The announcement of the licensing of foreign banks comes just six weeks after President Hassan Sheikh Mohamoud took office following elections and a long political crisis.

Somalia’s new administration faces a series of challenges, including the threat of famine and attacks by the Shebab jihadists. President Mohamoud has pledged to improve the economic situation and provide basic services to the population.

Due to the drought in the Horn of Africa, some 7.1 million Somalis – nearly half the population – are currently suffering from hunger, but for the 213,000 most affected people, the situation is now catastrophic and urgent, according to the latest assessment by UN agencies.

Ghana launches See Something, Say Something campaign to repulse rising threat of extremism