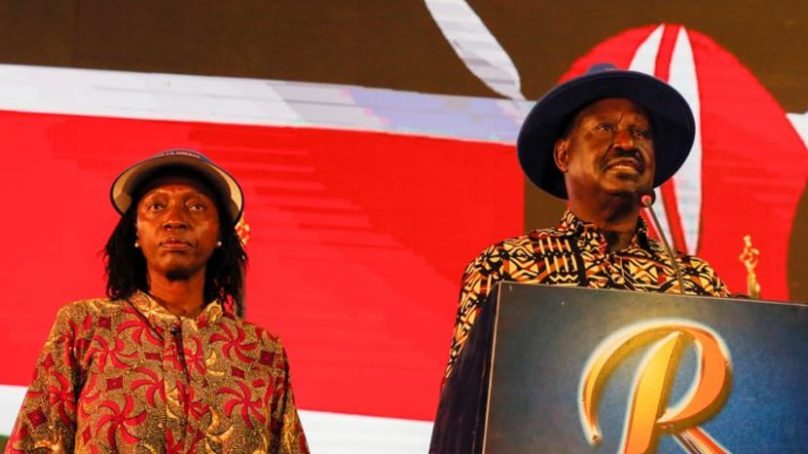 What are we supposed to do when the electoral system consistently yields terrible candidates?

If you’ve noticed an eerie silence coming from the direction of Kenya, it’s because many of us are struggling to believe that what the news is telling us. William Samoei Ruto, former deputy president and International Criminal Court indictee, has been declared president-elect of Kenya.

Ruto garnered 50.5 per cent of the valid votes cast, while Raila Odinga received 48.9 per cent. Voters in countries like the United States and Brazil will be familiar with this feeling, waking up in the days after an election watching an unapologetically dangerous figure ascend to the most powerful office in the country. What will the future look like now?

When you work in political analysis, there is often pressure to remain “objective,” particularly when you are not white and you are doing extensive work on your own home country. If you spend too much of your time telling the truth about people, you face the risk of being consigned to the status of “native informer,” meaning your work is not given its own merit but becomes fodder for explaining “the Other” to the West.

At the same time, the experience of countries like the United States shows how limiting this misguided objectivity can be. Some people don’t deserve the benefit of the doubt. Some ideas should be called out before they take root, gain power, and eventually guide the country. Objectivity, as framed in Western political thought, is a luxury that is primarily afforded by those who will not be directly harmed by the fallout of political outcomes.

So, I accept in advance that this piece may not read objectively, but I think sometimes it’s important to put that aside. Edward Said once wrote that the role of the public intellectual requires one to “raise embarrassing questions, to confront orthodoxy and dogma… and to represent all people and issues that are routinely forgotten or swept under the rug.” Anyone who wants the mantle of public intellectual must be prepared to testify on behalf of those whom power would like to destroy.

Outsiders are obsessed with peace as the sole metric of a successful election in Africa, leaving little meaningful room to parse who the politicians actually are. Moreover, Kenya, like many other countries in the world, has allowed elections to devolve into entertainment. Observers focus so much on the process that we forget to take stock of the inputs and outputs.

Should an election be considered successful if it delivers a president credibly charged by an international tribunal of overseeing systemic murder and who has been associated with every cycle of election violence since 1992?

Or if yet another election official winds up dead? Are we to celebrate if a person who has spent 10 years rolling back civic space and eroding institutions has returned to power? Is it progress if we are now under the watch of one of the co-authors of a decade of soft economic implosion and the stifling of public space? Are we supposed to be happy just because we can return to the banalities of capitalism the next day?

Yes, Raila Odinga is no saint. He was involved in the struggle against Ruto’s former boss and mentor, the autocrat Daniel Toroitich Arap Moi, but he has burned through his credibility by unabashedly chasing power.

Over the last decade, he has filled his party with some of the most toxic figures that Kenyan politics has ever produced. An MP caught on camera shooting a DJ in the neck. A former governor facing murder charges for killing his pregnant mistress. But perhaps his biggest miscalculation was what has become known as the Handshake.

In August 2017, Kenya had a fraught election to decide if President Uhuru Kenyatta would get a second term. In September, the Supreme Court overturned that vote, but instead of rectifying the problems, the government forced through another half-baked election. An enduring image from this period is Ruto’s press tour defending the sham referendum.

Kenyans spent November into February witnessing rising tensions, until February 2018 when Odinga and Kenyatta surprised the country – and indeed their close confidants – by declaring that they had put aside their differences to pursue the 2022 election together. This was supposed to be to the detriment of Ruto, whose ambitions for 2022 had always been clear, as Kenyatta could not seek another term in 2022.

Outsiders praise the Handshake as a moment that allowed Kenyans to return to capitalism without confronting the country’s political demons. In reality, it seems to have shifted the weight of former President Kenyatta’s policy failures onto Odinga.

Like most people looking at Kenyan politics, I must admit that I too wildly overestimated Kenyatta’s popularity in his own putative base. One of the most stunning results from this vote is his failing to deliver votes not just in the region but also in his constituency and down to his own polling station.

Even without the shadow of ethno-nationalism, it is usually a fair bet to assume that a former president would be popular in his own constituency. Instead, the numbers circulating show an outright rejection of him and his key people.

Some have made the credible argument that Kenyatta wrote the script for his own downfall by championing the deeply unpopular Building Bridges Initiative, a misguided effort at forcing through constitutional changes presented as an effort at reconciliation. Kenyans, it turned out, were satisfied with the Constitution we already had and had fought many years to get.

It may be that many voters just loathed Kenyatta because of our experiences with his regime, and Odinga was the collateral damage. Whatever it was, we now know that Kenyatta was completely out of touch with the mood in his own backyard. The emperor was naked, and no one told him so.

Regardless, voters were left in a bind. Do you vote for Odinga, the man who promises to continue the misguided policies of the past 10 years as part of his pact of continuity with Kenyatta, or for Ruto, the man who codesigned and co-championed them?

Almost seven million or close to one-third of eligible voters – many of them younger than 30 – decided that they preferred neither and stayed home. For Kenya, a 65 per cent turnout is low.

This is part of a broader pattern in countries that have regular elections. The idea is that we are supposed to enthusiastically vote for someone, but what are we supposed to do when the system consistently yields candidates that generate no enthusiasm?

If we opt out, we invite a Trumpian moment that might generate unprecedented harm. You might vote him out after a term, but what about the irreversible harm that is done in the interim? If we opt in, are we endorsing a system that is designed to deliver kakistocracies? Is the solution mandatory voting or ranked choice voting?

I fear this election result does not bode well for Kenya. At best, it signifies that we’ve failed to teach our young population our contemporary histories. At worst, we’ve made a devastating mistake. The next five years in Kenya were going to be difficult regardless of who won: The world is in a bad place, and Kenya is not immune to the fallout. But it all feels rather more ominous when you think you have a bad captain steering the ship through the choppy waters.

Casemiro to Man United looks like high-stakes, high-risk gamble; if it pays off United will have pulled a Homer