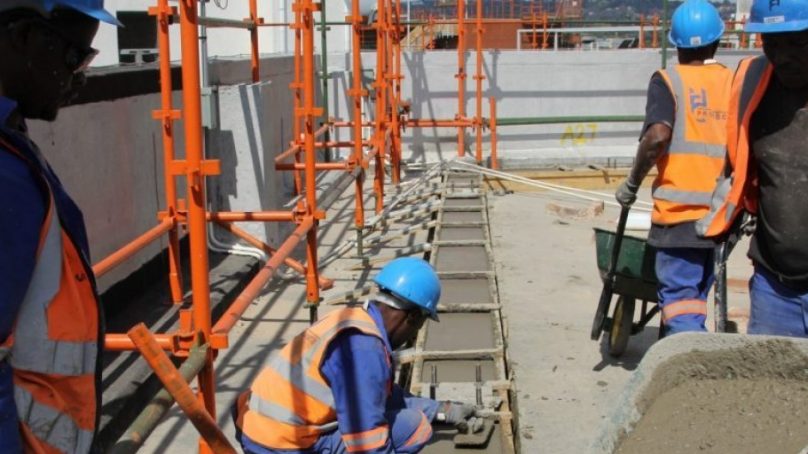 With elections a week away, attacks on ward councillors are bad for democracy and reflect the country’s organised crime problem.

These groups, active for the past five years, are likely to pose a threat to new councillors and municipal officials after the November 1 local government elections. This in turn could further erode the rule of law, local economic development and the country’s democracy.

By March 2019, the South African Forum of Civil Engineering Contractors (SAFCEC) estimated that construction projects worth a minimum of R25.5 billion ($1.7 billion) had been violently disrupted and halted. As a result, 110 engineers and other highly skilled technical personnel had left the country.

Extortion groups typically demand a ‘protection fee’ from local business owners in the form of a portion of the cost of an infrastructure project, or that specific individuals are recruited to work on the site. If this is refused, the groups retaliate by attacking their targets, damaging and disrupting their operations or intimidating staff.

The groups could pose a threat to new councillors and municipal officials after the local elections.

In cities such as Tshwane, the protection fee is colloquially known as a ’30 per cent’ – a reference to the proportional subcontracting requirement in the Treasury’s 2017 Preferential Procurement Regulations. These directives aim to transform the economy by empowering historically disadvantaged individuals and small, medium and micro enterprises.

They require that winners of state tenders over R30 million ($2 million) subcontract at least 30 per cent of the contract’s value to small local developers to undertake construction work.

The regulations have been deliberately misinterpreted by criminals who demand a 30 per cent share of state and non-state construction projects. Cash payments are sometimes claimed – not for subcontracted work – but to protect the site from disruption. The extortion became so widespread that Treasury on 7 August 2020 urged state organs to report any such interruptions of public projects to law enforcement.

In urban settings in Gauteng, KwaZulu-Natal, Western Cape, Eastern Cape, Mpumalanga and the Free State provinces, these groups are more organised than elsewhere and allegedly politically connected. Called ‘business forums’ by their members, they are frequently referred to as the ‘construction mafia’.

Many forums claim to be part of the Radical Economic Transformation faction of the ruling African National Congress party, which is implicated in widespread government tender corruption. The now rebranded Federation for Radical Economic Transformation, which describes itself as a ‘gigantic association of business forums in South Africa and beyond,’ appears to be an offshoot of this faction.

Treasury regulations have been deliberately misinterpreted by criminals demanding a 30 per cent share of projects.

This emerging crime trend could be linked to several recent political killings and attacks. Some business forums expect ward councillors to give them access to municipal government contracts. Others join the local branch of a governing political party and try to ‘capture’ ward councillors using bribery or threats. Some ward counsellor nominees are members of criminal networks or co-opted by them. Ward councillors who are uncooperative may be intimidated, hurt or killed.

Three ward councillors have been assassinated in Tshwane in fewer than four years, allegedly by criminal syndicates. Media reports on the death of councillor Tshepo Motaung, gunned down in Mabopane on September 24, suggest the hit was linked to the party’s recent municipal candidate selection process.

Insiders interviewed noted the motive was apparently to ensure the selection of a candidate more open to the 30 per cent allocation of local construction projects. The brutal killing of a councillor in 2018 was allegedly linked to the firing of an ‘incompetent’ contractor working on a low-cost housing project. A second was assassinated in the same year, reportedly by a syndicate involved in illegally renting stands on land invaded by people seeking housing.

On February 24, 2021, SAFCEC Chief Executive Officer Webster Mfebe repeated previous requests to former finance minister Tito Mboweni and President Cyril Ramaphosa for high-level government intervention. His 2019 and 2020 letters listed examples of large construction projects disrupted by business forums demanding the 30 per cent payment. Despite a police presence during these incidents, few arrests have been made. In some cases, interdicts were granted to prevent such stoppages.

The nexus between criminal and political networks needs to be recognised as a national security threat.

The disruptions and subsequent inflated costs of infrastructure projects undermine service delivery and economic development through delays and threats of and violence associated with these groups. The extortionists deny opportunities to many legitimate small businesses that would otherwise benefit from subcontracts and create jobs in their areas.

On 23 June 2020 Ramaphosa noted at the Sustainable Infrastructure Development Symposium that, ‘Meaningful infrastructure [investment] would have the potential to strengthen the economy, bringing the country a step closer to achieving the [National Development Plan’s] commitment for the economy to attain 5.5 per cent year-on-year economic growth, a six per cent unemployment rate and 30 per cent gross fixed capital formation to GDP.’ But for this to be achieved, these extortion groups need to be eradicated.

The nexus between criminal and political networks needs to be recognised as a national security threat and prioritised by government, law enforcement, business and communities. Some progress was made after the construction industry approached the country’s police commissioner in 2020 to find solutions. A joint national steering committee was established and multi-disciplinary task teams were formed in certain provinces. The National Prosecuting Authority agreed to prosecute violent extortion in terms of the Prevention of Organised Crime Act.

Dedicated resources must be made available to investigate and prosecute these cases successfully. The cost would be small compared to the billions of rands currently being lost to the industry, and the many poor communities deprived of economic development and employment opportunities.