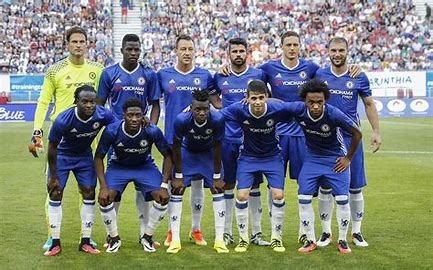 Cristiano Ronaldo is undoubtedly the signing of the summer in the Premier League.  Obviously, I was happy for my friend Jack Grealish getting his record-breaking move to Manchester City, but it’s Ronaldo. Nothing tops his move back to Manchester United.

The whole French league was buzzing that Lionel Messi had gone there and the whole of the Premier League will be buzzing now at seeing Ronaldo in action in England once again. Any player that plays against Manchester United is going to go for Ronaldo’s shirt and no one else’s.

In his first spell in the Premier League, he was frightening to play against. Especially the second year I played him, 2007/08, and he’d started to fill out a bit more. He was 6”3’, had that presence about him and you knew that left foot, right foot or header, he could score at any point.

CR7 is officially back at Man United with Ronaldo given his famous old No.7 shirt.

He could outpace defenders, get past them with skill, and I was just buzzing as a striker that I could watch him from up front, have a chat with the centre-halves and just look at my centre-halves having a torrid time and be grateful it wasn’t me!

I’ve heard Simon Jordan and other pundits say that he’s not going to be the same player he was. He doesn’t have to be, he’s playing a different position now. He’s playing centre-forward, not a winger that has to take people on.

And Ronaldo will still be faster than 75 per cent of Premier League defenders, let’s not be fooled. Especially with his clever movement, he’ll get in behind and you won’t catch him. He’ll definitely be up there with the top goal scorers in the Premier League.

Manchester United will be delighted with the business they did in the summer. They needed a centre-half alongside Harry Maguire and they got one of the best around in Raphael Varane. Maguire’s better on the ball bringing it out but Varane’s got pace, experience and has won every trophy possible. He’s the perfect partner for Maguire.

United needed another attacking wide player and they went and brought in Jadon Sancho, an exciting talent who was outstanding at Borussia Dortmund. He’ll get loads of goals and assists this season.

Then when you think their business is done, they bring in the joint-best player ever to play the game, Ronaldo.

Just to attract a massive signing like that shows how Man United are trying to win trophies this season. He’ll have a huge impact on that dressing room.

But will it be enough to win Man United the Premier League title? No, I don’t think it will. I still think they are missing a key part of the jigsaw – a midfielder that can control games.

Jorginho controls games for Chelsea. Ilkay Gundogan does for Manchester City. That’s a big part of football, it’s not just star players. For me, it will be a straight fight between Chelsea and Manchester City for the title this season.

Jack offers City a different dimension and gives their squad better quality. Yes, they could’ve done with another forward but Ferran Torres has shown that he’s a striker in the making.

You’ve also got Gabriel Jesus who’s looked much better this season as well so I think City have had a decent window. However, for me, Chelsea are the strongest team and I think they will just edge out City and become champions.

Another hour and Liverpool probably wouldn’t have scored against a 10-men Chelsea. Their whole team, the way they play, tactically under Thomas Tuchel they look excellent and their squad’s strong as well.

Romelu Lukaku was a terrific signing for them and I think he completes that team. He’s exactly what they needed. They have got quality everywhere.

Liverpool are still a top team too but any injuries and they’re in big trouble because their bench is like a 10th-place team’s bench.

Jurgen Klopp against Chelsea looked at his subs and saw Naby Keita, Alex-Oxlade Chamberlain and Takumi Minamino and brought on Kosta Tsimikas for Andy Robertson. That was his last change when he needed to win the game.

With that sort of players on the bench, especially Chamberlain and Minamino, you thought you’d bring them on against Chelsea when you need a goal and they have 10 men behind the ball. For me, Liverpool’s bench will cost them.

Their lack of business is strange because you can’t stand still. Virgil van Dijk coming back is amazing but the other top four have amazing defences too. Sadio Mane and Mo Salah might be going to the African Cup of Nations in January so they might have to force one through then to cope with their loss.

I think Liverpool will finish fourth this season, behind champions Chelsea, Man City and Man United.

Leicester will again be the best of the rest, in my opinion. Tottenham have started the season with three wins but we’re looking at the league table and maybe not performances because they’ve not been great. They’ve parked the bus for the first three games.

When you start getting the likes of Brighton in coming to play at Spurs’ stadium you can’t do that, the home fans won’t accept that, they’ll want you to go out and attack teams, and that’s when I think they’ll get found out defensively.

And what about Arsenal? It’s been a crazy window for them – they’ve spent more than any other club in Europe but they’ve not improved their team.

They should’ve spent more on a right-back and more on a game-changer. When you spend £150 million you want to see part of that money on someone who’ll get loads of goals, a number 10 who’ll score loads of goals. Martin Odegaard is not known for his goal scoring, so for me Arsenal will look back at the end of the season and realise they got it wrong.