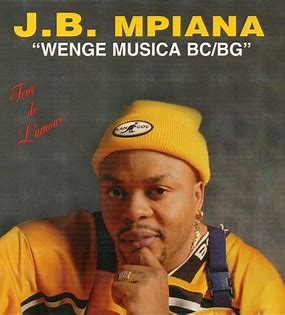 A historic return for Wenge Musica! A few months ago, the pictures of the Congolese musical group circulated on social media when some of its leaders gathered in a room to speak with one voice.

This group was very popular between 1986 and 1997 thanks to its Kino musical style, which associated the Congolese rumba, sung in Lingala with unique dance steps that later became known as the Soukous and the Ndombolo in its evolution.

It all started in the Bandalungwa commune, one of the 24 communes of Kinshasa. Young men with a passion for music got together and created the band- Wenge Musica. To understand the beginnings of this orchestra, Africanews journalist Serge Koffi spoke with the Congolese presenter Nathy Lokole who has lived through all the seasons of this mythical group.

“The identity of Wenge Musica is first of all that of being born in a given town. Their identity is above all to be born with people who are friends,” Koffi explains.

Wenge Musica was very active between 1981 and 1997 and was successful with the release of several albums. The group is best known for having helped popularize ‘Ndombolo’ – a dance derived from the Congolese rumba and Soukous.

Despite its success and fame, the band broke up in 1997. Bickering between the two leaders, JB Mpiana and Werrason, led to the demise of the group. But success did not stop for some members of the band as some went on to live excellent solo careers. Some fans, however, struggled to come to terms with their split – to this day.

Amadou Diaby a producer with Mansa music tells us more: “The separation hurt a lot of people and for over 25 years they haven’t spoken. There were many stories and the wish of all the Congolese was one day to see this mythical group again. It’s like the Beatles getting back together. We tried to reconcile them all together and still give pleasure to the whole Congolese and African population across the world.”

After 25 years of quarrelling, the leaders of the group decided to break down the walls that separated them and pick up their common history where it left off. This reconciliation was sealed by a concert at the Stade des Martyrs in Kinshasa.

“We have had our differences. We have been separated for 25 years, we are friends and we have spent a large part of our lives together. It was starting to weigh on us. This was a good window of opportunity that we didn’t want to miss and so we hung in there,” Alain Makaba one of the founders of the group says.

The group hopes to use the concert to promote unity in the country particularly at a time when the Central African nation faces an economic crisis and a worsening security situation in its eastern part.

“Today the Congo must set an example. So, the musicians of Wenge Musica have given a lesson to the world. After 25 years, getting together for the well-being of the Congolese people is extraordinary. We have a thought in the East. Today if all the Congolese get together at the Martyrs’ Stadium to say that they are one and indivisible and to put an end to all the blunders, I think that tribalism will not take over in this country,” Diaby of Mansa music observed.

The message seems to have been well understood. On June 30, the Independence Day of the Democratic Republic of Congo DRC, nearly 75,000 fans stormed the Martyrs Stadium to celebrate the reconciliation of Wenge Musica.

“The Wenge spirit is about being together. good looking, good smelling and being stylish. Wenge means a lot to me. You can tell their music is intelligent. A lot of their songs are educational. It’s not nonsense, their music has been very comforting to young people, ” an attendee of the concert waiting to get in told our correspondent.

The concert would go on to live on to expectations: unifying, artistic and incredibly danceable. An impressive stage entrance of the group, surprising even the fans and lighting up the arena when some popular hit songs like Mulolo was performed.

Forty-one years after its creation, Wenge Musica continues to write its history. The group decided to donate part of the profits of the concert to the wives of the armed forces of the DRC engaged in the conflicts in the country.

Going back to the roots – literally: Why scientists prefer African indigenous crops to solve food insecurity