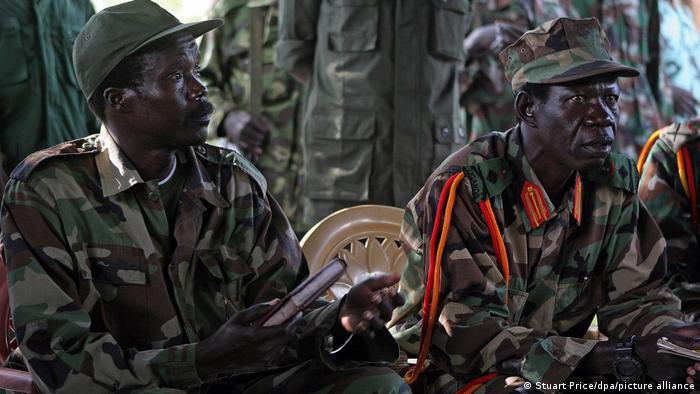 Former child soldiers who have escaped the clutches of insurgents in northern Uganda are providing new information about the whereabouts of the Lord’s Resistance Army (LRA) founder and leader Joseph Kony.

The LRA leader is said to be in the sprawling Darfur province, western Sudan. Darfur is also in the grip of insurgency fighting for autonomy from Sudan.

“Joseph Kony is alive,” claims Michel Mbolifouko, a former child soldier in LRA. “He currently lives in the Sudanese region of Darfur and continues to give orders to his fighters. I saw him with my own eyes,” Mbolifouko said during an interview.

DW correspondent in the Central African Republic (CAR) Jean Fernand Koena, who spoke with numerous former child soldiers recruited by Kony, considers the statements of 15-year-old Mbolifouko to be credible. In addition, other former child soldiers who have fled in recent weeks to the city of Obo in the east of CAR, have corroborated the information that Kony is in Darfur, in western Sudan.

It would be a sensation if this information proved true because the founder and leader of the Lord’s Resistance Army has not been seen in decades. He has been on the run since 2005 when the International Criminal Court (ICC) issued an international arrest warrant against him.

US special agents, UN soldiers, an African Union (AU) taskforce backed by members of the armies in the countries where the LRA operates have been searching for Kony since then with no success. In 2013, Uganda suspended the search, claiming that Kony was no longer a threat due to the shrunken numbers of his rebel force.

“He has been invisible. There were even many rumours that he was no longer alive,” Koena said. However, the testimony of the former child soldiers could now provide new clues that could lead to the capture of Africa’s most brutal war criminal.

Kony founded the LRA in northern Uganda in 1987. His goal was to drive President Yoweri Museveni out of power and establish a Christian theocracy.

After being kicked out of the country by the Ugandan military, the LRA fighters moved to the region’s politically unstable neighbouring countries such as southern Sudan and present-day South Sudan, to the northeast of the Democratic Republic of Congo and also to the southeast of the Central African Republic, where the LRA militants are known as Tongo-Tongo.

They spread terror and fear, burning down villages, killing and robbing. They became notorious for kidnapping thousands of children and brutally forcing them into their armed struggle, murder and manslaughter. They abused girls as sex slaves.

According to the United Nations, more than 100,000 people in the central African region have been killed by the LRA. They have also kidnapped between 60,000 and 100,000 children.

“I spent three years with Tongo-Tongo. They abused me again and again. Only recently was I able to escape,” child soldier Michel Mbolifouko says. He is one of about 60 minors from the ranks of the LRA who have arrived in Obo since the beginning of April and who have been accommodated in emergency shelters and with host families.

Three years ago, at the age of 12, Mbolifouko was abducted from his village by armed LRA fighters, he says. Heavily armed, he roamed the forests with his fellow rebels, mainly on South Sudanese territory and in the Democratic Republic of Congo. He had to participate in attacks on farmers and shepherds. It was not until the end of March that he could finally run away and free himself from Tongo-Tongo.

“Now the LRA fighters are tired and unmotivated. Hardly anyone wants to stay with the LRA,” says the ex-child combatant. Observers now estimate the number of fighters in the ranks of the LRA at less than 1,000. Many want to surrender and lead a normal life.

“There have also been talks between LRA leaders and representatives of the government of the Central African Republic,” Ernest Mizedjo, a lawmaker in the capital Bangui, said.

Earlier this year, there were rumours in Bangui that Joseph Kony himself had promised a ceasefire. In return, he sought to be involved in a possible peace process. In addition, he also wanted to take on Central African citizenship, Mizedjo said.

But the implementation of the ceasefire has been delayed. “Mistrust remains high, particularly in the southeast of the CAR, where people have suffered from attacks, looting and kidnappings,” explains Koena. For this reason, no armed fighters have arrived in Obo so far, only underage, former child soldiers.

Another refugee child soldier Justin Aristide Niko,17, called on all LRA fighters to come to Obo and lay down their arms. “It is possible to survive without raiding villages or robbing and kidnapping people,” Niko said. “We can also cultivate the land and grow sesame, potatoes and peanuts.”

Kony wanted to establish a Christian theocracy with his LRA rebel outfit. However, many locals remain sceptical and don´t believe in the possibility of living next door to the perpetrators of massacres and crimes.

Maurice Mbassilimoke, head of the Sam-Ouandjia village just outside Obo, points out: “We cannot forget all the violence inflicted on us by these beasts.”

He recalled how in 2008 LRA men attacked their village, captured men, murdered and tortured and abducted many of their children.

Why do humans die around 80? Finally, scientists solve the mystery of this longevity in the animal kingdom