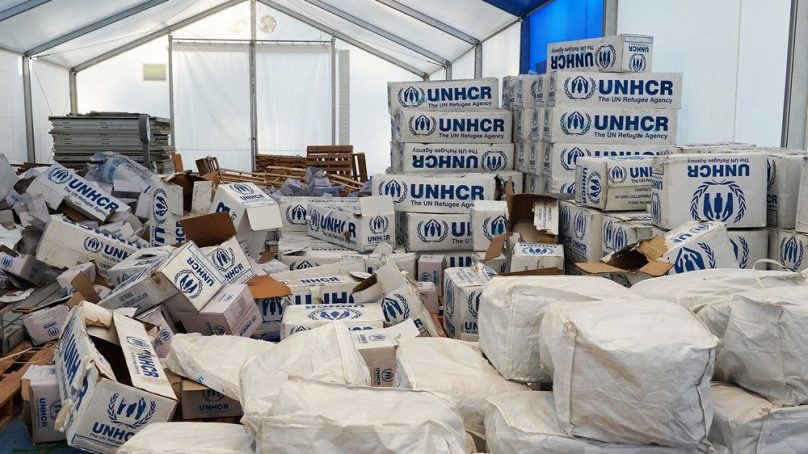 Despite evidence to the contrary, Tigrayan People’s Liberation Front (TPLF) leaders have previously denied targeting civilians and always promise to investigate the abuses committed by individual soldiers every time the matter is raised.

Such was the case on Tuesday as TPLF called a ceasefire as the stepping stone to ending the 13-months conflict in the north.

Amhara forces have, meanwhile, been accused of a new wave of detentions, killings and forced expulsions of ethnic Tigrayans in the disputed area of western Tigray.

Aid officials say they have were able to dispatch some food while Tigrayan forces controlled towns in Amhara. Since mid-November, tens of thousands of tonnes of food warehoused in the Amhara town of Kombolcha were distributed within the region and onwards into Tigray.

Still, many Amhara residents struggled for weeks with no support, while the looting of supplies in Kombolcha and the nearby town of Dessie earlier this month have hindered relief efforts, according to aid groups.

A local Amhara official who was accompanying media teams during the visit said Tigrayan forces were to blame for the theft, although TPLF leaders have denied responsibility in public statements.

A humanitarian official in Ethiopia with close knowledge of the situation said local residents of Kombolcha played “the main part” in the looting. The official asked to not be named, citing the risk of reprisals.

Local government officials in Amhara said they expect food insecurity to rise in the coming months following delays in harvesting due to the fighting and after the alleged destruction of crops by rebels.

“Since the terrorist TPLF group entered our zone, the most damage has been done on crops in the [lowland] areas,” said Workalmu Akostre, head of the North Shewa zone agriculture office. “They came with the intention of destroying everything.”

Health services are also at a standstill across the region. In Dessie, a major hospital used by millions of people is currently tending to wounded Ethiopian soldiers, having previously been used by the rebels.

Shelves were almost empty at the hospital’s pharmacy, while machines used for ultrasound and blood cell counts had been stolen. Hospital staff said Tigrayan rebels took the supplies, but The New Humanitarian could not independently verify that claim.

“The hospital has nothing,” said Melaku Sete, an official in charge of managing its oxygen centre.

The humanitarian situation in Tigray is disastrous too. Journalists have not been allowed to visit the region by the government for several months, but UN situation reports have warned of “unprecedented” malnutrition and disease outbreaks.

The government has allowed 1,338 trucks carrying humanitarian supplies into the region since July 12, which represents just 12 per cent of what is needed, according to the UN.

The Tigray blockade has been described by officials at the US Agency for International Development – a major donor to the Ethiopia relief operation – as “perhaps the most egregious humanitarian obstruction in the world”.

Analysts and aid officials hope the TPLF’s call for a ceasefire, which comes as Security Council members are today set to discuss the situation in Ethiopia, will be accepted by the federal government.

Mediation efforts led by the African Union’s Horn of Africa envoy, former Nigerian president Olusegun Obasanjo, had previously shown signs of progress, at least in terms of engaging the belligerents.

Still, there are many hurdles to overcome. Tigray’s leadership has refused to recognise the legitimacy of the central government, while the TPLF has been designated a terrorist organisation by the federal parliament.

Territorial issues are also thorny. Tigrayan officials want to reclaim western parts of the region captured by Amhara forces during the conflict. But Amhara officials are unlikely to withdraw from an area they view as illegally annexed by the TPLF decades earlier.

Retaking western Tigray could also enable the TPLF to open a supply corridor to Sudan, which may be tempted to support the rebels as leverage in its dispute with Addis Ababa over the al-Fashaga border and the Grand Ethiopian Renaissance Dam project.

The TPLF has, meanwhile, warned that its army remains intact and would be capable of inflicting heavy losses on pro-government forces should they decide to push north into Tigray.

Back in Amhara, militia fighters said their jobs were far from over. “Unless we watch out carefully, [the rebels] may come back tomorrow,” said a fighter from Shewa Robit. How drought is driving conflict in northern Kenya where 2.5 million people are at risk of hunger