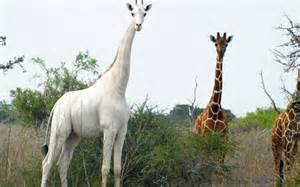 Push to save giraffes gets political in the US election

The economic and political setbacks triggered the coronavirus has thrown into disarray conservation of the giraffe, faces threats from poachers for skins and other body parts.

Conservation charity Space for Giants is teaming with The Independent newspaper of Britain to protect wildlife at risk of being wiped out by poachers as a result of a funding crisis caused by Covid-19.

The campaign dubbed “Stop the Illegal Wildlife Trade” has inspired Space for Giants charity in the United States of America to launch their own offshoot campaign to save the giraffe, a species that is in grave danger due to demand for its body parts and skin.

The campaign was intended to mobilise thousands of the organisation’s supporters to take part in a viral letter writing to call for a ban on giraffe imports and to demand that the animal is listed under the United States’ Endangered Species Act.

The Endangered Species Act is the nation’s most powerful tool for protecting at-risk wildlife. Since it was established 99 per cent of species listed on it have avoided extinction.

They joined the campaign by writing a letter to the Secretary of the Interior David Bernhardt demanding that the government commits to banning the trade of giraffe parts in the US.

The Covid-19 conservation crisis has shown the urgency of The Independent’s Stop the Illegal Wildlife Trade campaign, which is seeking international efforts to clamp down on illegal trade of wild animals.

KAAP has designed a letter template for supporters of the campaign to send to Bernhardt via post or email, with the aim of creating a deluge of demands that cannot be ignored.

In what conservationists have dubbed a ‘silent extinction’, giraffe populations have plummeted by 40 per cent in the past 30 years.

The Independent’s Stop the Illegal Wildlife Trade campaign recently revealed that America is the world’s biggest market for giraffe products.

A 2018 investigation by Humane Society International found that 40,000 giraffe parts were imported into the US from Africa between 2006-2015.

KAAP has helped to politicise this issue against a backdrop of rising illegal wildlife crime since the pandemic, ahead of the Presidential election next month.

Emily Walker founded KAAP in 2015 when she was just 13 years old.

Walker is quoted by The Independent as saying: “I was stunned to learn about the silent extinction of giraffes that is happening right now. These animals need us now more than ever. I think a lot of us took giraffes for granted as the focus was on saving species such as elephants and rhinos. It’s a difficult and challenging time with a global pandemic, racial injustice and ensuring everyone’s vote is counted in the most important US election of our lifetime, but giraffes cannot be put on the back burner. We need to act now to help them.”

For the past four years KAAP has worked with conservation charity Space for Giants to help protect wildlife at risk from poachers. Space for Giants is The Independent’s charity partner on our Stop the Illegal Wildlife Trade campaign.

Dr Max Graham, Founder and CEO of Space for Giants, says, “The plight of Africa’s giraffes has been hidden amid a global focus on saving keystone species, such as the rhino and elephant. But giraffes are under serious threat from poaching and habitat loss.

“We must act now to protect them and the natural ecosystems they rely on from unsustainable and dangerous exploitation.

“By taking a small amount of time out of your day to write to the Secretary of the Interior David Bernhardt, your voice will be heard and you really will help to secure a future for giraffes.”