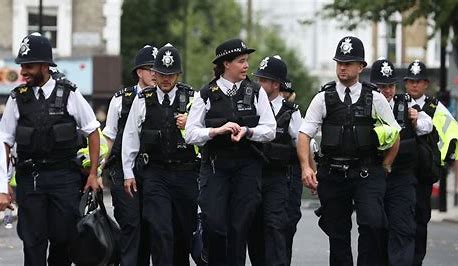 Public trust in the police as enforcers of law and order is on a rapid decline all over the world, with a new study showing that ordinary citizens and people of colour are more likely to suffer discrimination in the hands of security personnel.

In the United Kingdom, for example, perceived institutional racism and police bias against black and ethnic minority groups seem to undermine confidence in the police force. Statistics from the UK Home Office (2018) suggest that black people are nearly ten times more likely to be stopped and searched than their white counterparts.

In Nigeria, too, public trust in the police seems to be low, as shown in various studies. The roots of the problem go back to the way the police treated the public during the colonial era.

The deteriorating relationship was demonstrated in the grievance behind the #EndSARS protest in October 2020. Demonstrators came out in their thousands, calling for restitution and justice for victims of police brutality and extra-judicial killing.

The protest undoubtedly stemmed from pent-up dissatisfaction with a policing system marred by corruption, arbitrary arrest, torture and lack of accountability.

We conducted a review of studies in this area since 2010 and found several themes: scepticism and mistrust in the police; unfair treatment of people by the police; perceived ineffectiveness of community policing interventions.

The findings could help inform policies aimed at improving police effectiveness and public confidence in the police. Public support is particularly important in view of the fact that the police have limited personnel.

According to the World Internal Security and Police Index 2016 report, there are only 219 police officers for every 100,000 Nigerians. Nigeria was the worst performer in the index, which has a median of 300 officers per 100 000 people and an average of 268 for the sub-Saharan Africa region.

These studies brought up common issues. Firstly, there was widespread scepticism about and lack of trust in the police in Nigeria, especially in relation to interventions such as community policing and countering insurgencies.

For instance, one study examined security agents’ relations with communities in countering violent extremism and found that the community perceived the police as compromised.

Communities felt it was risky to assist the security agencies in countering violent extremism. They felt their identities might be exposed, leading to further harm.

Studies also found that scepticism and mistrust arose from corruption.

Secondly, our review found that people perceived the police as unfair in the way they carried out their duties. Community members felt the police were more inclined to act favourably to elites than ordinary Nigerians.

We also discovered that the Nigerian civilians most likely to experience the heavy-handedness of the police force were in low socioeconomic groups and impoverished regions of the country.

The public perceives that the police often require a person reporting a crime to finance any investigation. Such a view of policing alienates the police from the public. It suggests a need for reform in the professional ethics of the police.

Thirdly, the review of studies highlighted that community policing interventions were perceived as ineffective. Part of the reason was the manners, demeanour or etiquette of the police.

Studies also found that the police, in turn, had little trust in the public.

The lack of trust and confidence in the police that these studies point to appears to imply that there is a security void. The risk is that it could be filled by alternative sources of security such as vigilantes and militias.

The public’s lack of confidence in the police might lead to their inability to support the police in combating crime. It could also lead to an alienated police force.

Policymakers are encouraged to realise that a growing body of research highlights the Nigerian public’s widespread alienation from the police.

Even when the police try to improve their relationship with the public, they are sometimes perceived as compromised and open to bribery.

Building trust will require addressing perceptions of corruption. The police service must treat all members of society equally regardless of their social standing or income. Policing is also more effective when the public consent to police services – which can be encouraged through better etiquette.