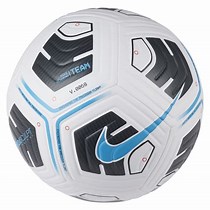 The new English Premier League season that gets underway this Friday comes with a few alterations to the rules of the game. Of interest and appeal to the managers will be the number of substitutions they can now make.

It was said at the time when five substitutes were first introduced, ostensibly for reasons related to the Covid-19 pandemic, that the increase in the number of substitutes per match would never only be a temporary measure, and now here we are.

Clubs were first permitted to do so when football returned after its Covid-enforced break during the 2019-20 season, but while IFAB (the body who set the laws of the game) recommended that this became permanent and the other ‘big five’ leagues and UEFA competitions did so, the Premier League was somewhat more reticent.

They stuck with three substitutions until the end of last season, amid concerns that allowing more substitutions would further distort competition in a league already bent out of shape by financial inequality. But at the end of last season the Premier League finally voted to increase this number to five, although managers will only be able to stop play three times – the same number as before.

Additional concussion substitutions will also still be allowed as part of the ongoing trial towards making them permanent, and clubs will be able to name nine substitutes per game, as they were last season.

There have been many theories on the effect that a winter World Cup will have on the Premier League this season, and it’s certainly reasonable to say that the answer to the question of who will benefit the most from it all is very much open.

We might expect smaller clubs with fewer players being called up to benefit from a lengthy break, but it’s also worth remembering that great players can come from countries that don’t routinely qualify for these tournaments.

Neither Mo Salah nor Erling Haaland will be at the finals because Egypt and Norway didn’t qualify. And it’s also worth considering that players returning from the tournament under a cloud – hello England! – may find their form affected after it’s done.

The last round of Premier League fixtures to be played before everybody breaks up is on November 13, by which time 16 rounds of matches will have been played.

Everybody’s due to be back on Boxing Day, though it should also be added that clubs have been promised a gap of a minimum of 48 hours between games. Clubs also have permission to play friendlies while the World Cup is on, so long as matches aren’t scheduled to conflict with matches being played in the World Cup. Lower league and non-league football will be continuing throughout.

No more taking the knee before matches

The decision has been taken that players will stop taking the knee in protest against racism before the start of matches. This has been happening since the start of the 2020/21 season following global anger at police involvement in the death of George Floyd, but there has been a growing feeling that the symbolism of the gesture had been waning in recent months.

Kick It Out, the anti-discrimination organisation, has already confirmed that during the 2021-22 season there had been a 41 per cent rise in discriminatory incidents reported in grassroots football compared to the last full season of games before the pandemic.

It would take a remarkable level of myopia to believe that taking the knee ‘solved’ anything (as if this were even possible), and the players’ union, the PFA, confirmed that players are still determined to use their platform and voice to draw attention to racial injustice and discrimination, but it is not known what form this will take.

An increase in the scope of Football Banning Orders

It was inevitable that there would be a response to the perception of a growth in disorder since crowds were allowed back at the end of the lockdowns, and this came in a legislative sense this summer with an extension to the scope of football banning orders to encompass behaviours which are considered to be disorderly.

The FA have launched a Love Football – Protect the Game campaign to try and encourage better behaviour. At the risk of sounding cynical, the chance of this actually making a difference to any individual is surely practically zero. But it’s the changes to the law, which may make more of a difference.

Pitch invaders, fans taking cocaine, those throwing objects, those carrying pyrotechnics such as smoke bombs and those using discriminatory language now all fall under the umbrella of being ‘football-related’ offences and will now carry football banning orders, which ban those under them from all grounds, bar them from using public transport on match days and from visiting other potential trouble spots before and following matches and make them surrender their passport to the police during ‘control periods’ surrounding international tournaments.

These bans could also be extended to the parents or guardians of children who take part in the anti-social behaviour.

A small change to offside

Rejoice! Rejoice! For the first time since our ancestors evolved hands in the first place, there will be no changes to the offside rules this season, and no changes are being made to VAR either. But the same can’t quite be said for offside.

In recent times, a grey area has grown concerning goals being called onside due to an opponent ‘deliberately’ playing the ball, which resets the offside phase.