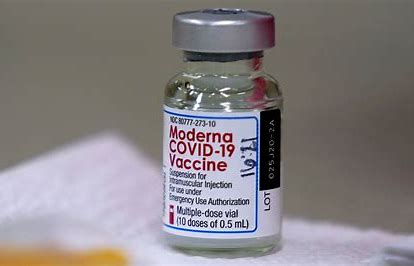 On April 24, Perth in Western Australia entered a snap three-day lockdown when two people tested positive for SARS-CoV-2 – the first community infections recorded outside hotel quarantine in the state in more than a year. Pubs, gyms and playgrounds shut, remembrance-day services were cancelled and people were confined to their homes.

Australia is part of a group of countries – including Bhutan, China and New Zealand – that has applied a zero-tolerance approach. When outbreaks are detected, the response is swift and severe: mass testing, sudden lockdowns and closed borders.

But this cannot be sustained indefinitely. “We have to accept that people will get infected, will go to hospital and will die from Covid-19 in the future,” says James McCaw, an infectious-diseases epidemiologist at the University of Melbourne, who advises the Australian government.

As more people get vaccinated, scientists and health officials are pondering how societies can live with the virus, and what level of risk they are willing to absorb. In some countries, such as Australia, the threshold is low. But in some nations worn down by a year of restrictions, such as India and the United States, communities remain open even in the face of high transmission.

Researchers say there is no universally agreed number of hospitalisations and deaths that societies will find acceptable. But there are some situations that most nations will do their best to avoid, such as excess deaths caused by hospitals being overrun.

Annual deaths from diseases such as influenza – which before the pandemic killed between one-quarter of a million and half a million people each year globally – offer a barometer. And in Israel, where vaccination rates are high and life is returning to normal, people seem to have settled on a few deaths a day as the acceptable number, says Eran Segal, a computational biologist at the Weizmann Institute of Science in Rehovot, Israel, who has modelled the pandemic and advises the government.

Scientists and public-health officials are beginning discussions about the acceptable level of risk, but the decisions involve cultural, ethical and political factors, and differ widely between regions.

“Each country will set its own threshold,” says Sylvie Briand, head of infectious-hazards management at the World Health Organization in Geneva, Switzerland.

“Every country is almost another experiment in public policy,” says Michael Osterholm, an epidemiologist at the University of Minnesota in Minneapolis.

Researchers are still unclear how annual deaths from Covid-19 will eventually compare with deaths that societies have been willing to endure from influenza and other endemic diseases. In the United Kingdom alone, seasonal flu epidemics kill thousands of people each winter.

“This seems to be an acceptable risk to society and repeated vaccination and some continued distancing measures might keep Covid-19 deaths to this level,” says David Spiegelhalter, a statistician at the University of Cambridge, UK.

But the pandemic has made some societies more risk averse concerning deaths from respiratory infections. In New Zealand, for example, lockdowns almost eliminated the incidence of influenza and respiratory syncytial virus, a common cause of colds. Researchers there are now discussing whether returning to previous numbers of deaths from those pathogens is acceptable, or if more effort should be made to control them.

Covid-19 also presents unique risks that make comparisons with flu difficult. It is a new virus that is deadlier than influenza, which means that its uncontrolled spread could quickly escalate into a devastating situation at hospitals, says Segal.

Societies will also have to consider the impact of ‘long Covid’ the ongoing symptoms that affect between 10 per cent and 20 per cent of those infected, says Alex James, a mathematical modeller at the University of Canterbury in Christchurch, New Zealand.

Even if deaths are low and hospitals can cope, if many people end up with long-term disabilities because of Covid-19, that would be a signal that the rates of infection are too high, she says.

One factor governing what nations will consider an acceptable level of hospitalisation and death will be health-system capacity, including the capabilities of intensive-care units (ICUs).

“If we have to postpone elective surgeries because our ICUs are full of Covid-19 patients, that’s a very poor position,” adds James.

Segal estimates that Israel hits that point when 500 ICU beds are filled nationwide. Beyond that precipice, the quality of health care rapidly declines and death rates increase. It’s wise to implement a lockdown before that point, he says.

The United Kingdom has followed this general rule throughout the pandemic. There have been three nationwide lockdowns and each was begun when “it was clear that the number of cases was growing to the point that hospitals were unable to cope”, says Graham Medley, an infectious-diseases modeller at the London School of Hygiene & Tropical Medicine, who advises the government.

Israel has among the highest vaccination rates in the world, with 60 per cent of its population having received at least one dose, and it offers a glimpse of what baseline levels of severe disease and deaths might be in a post-vaccination world. The country began opening its economy in February, when about one-third of its population had been fully vaccinated, and numbers of hospitalizations and deaths have continued to decline.

In the past few weeks, fewer than 100 new cases have been detected daily, despite high testing rates; a handful of people have been admitted to ICUs each day; and 2-5 people have died.

If those rates are sustained, Covid-19s death toll in Israel could stabilise at 1,000-2,000 a year, says Segal. “Even if those numbers were to rise, nobody would close down the economy now. They would only consider closing if we saw, again, the danger of losing control.”

Since the pandemic began, the risk equation – the way people balance the risks from infection against problems caused by harsh restrictions – has changed for many.

Early on, many countries compared the outbreak with the flu pandemic that began in 1918, which killed at least 50 million people, says Briand. “The fear was really intense.”

But since then, perceptions have changed, as people have balanced the risks from Covid-19 with considerations such as increased unemployment, she says. Around 3.2 million people are currently known to have died of Covid-19 and the final figure is not expected to be as high as in 1918-20.

A gruelling year has made some people less willing to adhere to restrictions and politicians reluctant to impose them. For example, when the B.1.1.7 variant surged in parts of the US Midwest earlier this year, transmission reached levels that had triggered restrictions early in the pandemic – but the response this time was much more muted. “People’s tolerance today is very different,” says Osterholm.

A year ago, the fear of an unknown virus galvanised governments into implementing harsh social restrictions. The risks have since been articulated more clearly and people have begun to factor them into their daily lives, says Medley.

This means that people might be more willing than before to put up with the risk of a certain level of hospitalisation and death and that the bar for imposing social restrictions is now higher. But the exact position of that bar is still unknown – and it could come down again if new variants threaten gains from vaccination campaigns, he says.