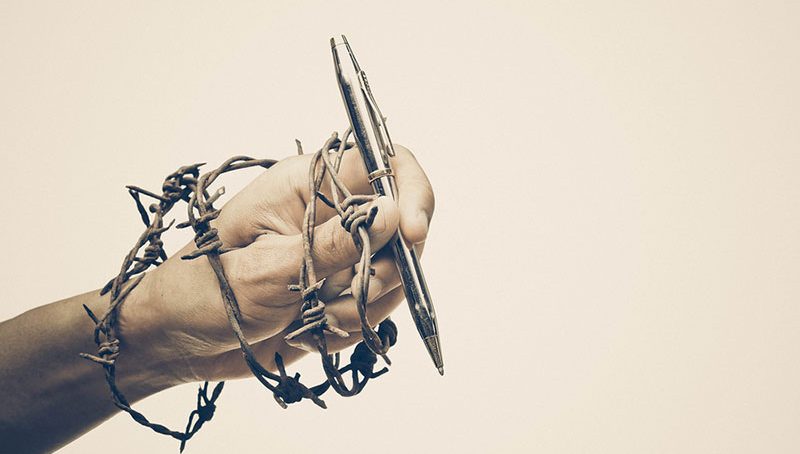 In May 2019, Wired news organisation joined the One Free Press Coalition, a united group of preeminent editors and publishers using their global reach and social platforms to spotlight journalists under attack worldwide.

Today, the coalition is issuing its 22nd monthly 10 Most Urgent list of press freedom abuses around the world. This iteration focuses on cases relating to Covid-19.

At least two journalists, David Romero of Honduras and Mohamed Monir of Egypt, died after being infected with the virus while in government custody. Azimjon Askarov died in prison in Kyrgyzstan from what his family suspects was Covid-19, though he was denied a test.

Ahmet Altan, 70, has spent more than 1,500 days behind bars and, according to his lawyer, is surrounded by three neighbouring cells displaying Covid-19 positive signs. Former chief editor for the shuttered daily Taraf, Altan has been detained since September 2016.

In 2018, a court sentenced Altan to life in prison, then in 2019 changed the term to 10.5 years. The retrial convicted him of “aiding a [terrorist] organization without being a member” during the failed attempted coup and sweeping purge in 2016.

This December, Mohamed Hussein Gomaa will have spent four years behind bars – the longest pre-trial detention of any Egyptian journalist currently awaiting a hearing. Gomaa worked with Al-Jazeera, including contributing to a documentary about conscription in Egypt. Government officials arrested him in 2016 and called the material false with aims of “spreading chaos.”

Gomaa was due to be released on probation in mid-2019, but his detention has been repeatedly extended. Fellow Egyptian journalist Mohamad Ibrahim is also enduring this “revolving door policy,” where new charges are brought to keep individuals in pre-trial detention, despite release orders from criminal court.

Freelance journalist Mohammad Mosaed was arrested in 2019 because of a post on Twitter, then released in early 2020, only to be re-arrested in February and sentenced to nearly five years in prison. Mosaed has been charged with “colluding against national security” and “spreading propaganda against the system” because of a tweet he released during Iran’s internet shutdown last year and his government criticism this year, including its lacking preparedness in responding to Covid-19.

Freelance reporter Solafa Magdy has suffered deliberate medical neglect and inhumane prison conditions, heightening her risk of contracting Covid-19 like fellow Egyptian journalist Mohamed Monir, who died from the coronavirus this summer while in pre-trial detention.

Magdy was arrested in November 2019 for her coverage of immigration and human rights in Cairo. The state prosecutor’s office has filed additional charges against Magdy for actions she allegedly committed while in pre-trial detention.

Since early February, independent journalist Zhang Zhan had been posting reports from Wuhan, including some criticism of the government’s countermeasures to contain the coronavirus. She went missing on May 14, and the following day security officials issued a notice stating that Zhang had been arrested and detained for “picking quarrels and provoking trouble.”

Her former lawyer resigned from the case in October due to pressure and said Zhang has been on a hunger strike for six months, with her three cellmates taking turns to feed her. Two other Chinese journalists, Chen Qiushi and Li Zehua, had gone missing or been arrested in connection to their Covid-19 reporting.

Journalist Wan Noor Hayati Wan Alias is facing legal prosecution for three comments she posted on Facebook regarding the Covid-19 outbreak in January. Citing “causing public fear or alarm,” the Malaysian government is pursuing criminal charges that carry a maximum penalty of two years in prison for each individual post.

Hayati, who previously reported for Malaysian daily Berita Harian and English newspaper New Straits Times, has lost work due to retrenchment and is struggling to maintain her livelihood as a freelancer.

Award-winning journalist Hopewell Chin’ono was arrested ahead of a national anti-corruption protest and charged with incitement, after reporting on alleged Covid-19 procurement fraud within Zimbabwe’s Ministry of Health that led to the arrest and sacking of its health minister.

After 45 days in pre-trial detention in a maximum-security prison, Chin’ono was released on bail in September, then re-arrested at his home in November originally for contempt of court, but later charged with obstruction of justice for a tweet about the National Prosecution Authority (NPA).

He was originally denied bail, and then released on bail on November 20. Prosecutors claimed that Chin’ono obstructed justice by “jeopardizing the integrity” of legal proceedings against him in the incitement case, as well as a case against a relative of President Emmerson Mnangagwa, by tweeting about sources within the NPA.

On November 2, a group of about nine unidentified men and women harassed and threatened journalist Bárbara Barbosa, cameraman Renato Soder and NSC TV employees in the southern city of Florianópolis while they were preparing a report on noncompliance of the area’s Covid-19 lockdown.

Barbosa said she received hostile messages on Instagram after the incident was reported by local media. Separately, a report found that the office of Rio de Janeiro’s mayor used public funds to pay groups of municipal employees to monitor and obstruct journalists at local hospitals and block news crews from covering Covid-19.

On November 11, Aleksandr Pichugin was found guilty of “disseminating false information that poses a threat to citizens’ lives and health” and ordered to pay a fine of $3,920. The case stems from an April 12 article on his political commentary and satire Telegram channel “Sorokin Khvost.”

Pichugin said the post criticised the Russian Orthodox Church for its failure to take safety measures to protect congregants from contracting Covid-19. He published the post after he and other local bloggers met with the governor of Nizhny Novgorod, who asked them to use their platforms to encourage the population to comply with Covid-19 restrictions, the journalist said.

Federal Security Service agents detained Pichugin for one night and held his laptop and mobile phone one month for examination.

A human rights activist and columnist at the news website Newsclick, Gautam Navlakha has been jailed since April and faces charges on alleged links to Maoist militants and being part of a conspiracy to assassinate Prime Minister Narendra Modi.

He has written frequently on issues related to Kashmir and Maoist separatism. Navlakha, who is in his sixties, has said he maintains his innocence and is worried about receiving a fair and speedy trial. Further, he has said he fears exposure to the Covid-19 virus while in prison and being held in prison for years, unlikely to receive bail due to the nature of the charges against him.

One Free Press Coalition partners with the Committee to Protect Journalists and the International Women’s Media Foundation to identify the most urgent cases for the list, which is updated and published on the first business day of every month.

The mission of the coalition is to use the collective voices of its members—which reach more than 1 billion people worldwide—to “stand up for journalists under attack for pursuing the truth.”

News organisations throughout the world can join the Coalition by emailing info@onefreepresscoalition.com. Members of the public are also encouraged to join the conversation using the hashtag #OneFreePress and following developments on Twitter @OneFreePress.