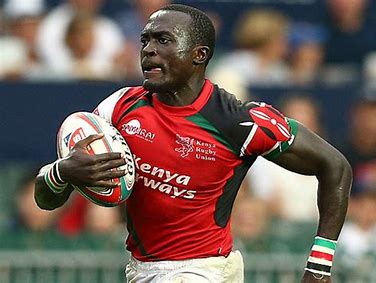 Rugby Africa has embarked on preparation African teams that will represent the continent in the Tokyo Olympic Games by organising a training camp in South Africa.

The preparations under #AficaAsOne campaign involve South Africa and Kenya, which have already qualified for the games, while Zimbabwe and Uganda will be using the camp to prepare for qualification for the Repechage tournament in Monaco, France, that will be used to fill the remaining slots.

The latter two will compete for the remaining slots for the Tokyo Olympics Games, said Khaled Babbou, the president of Rugby Africa after e officially launched the #AfricaAsOne campaign.

Speaking on the freshly cut green, he said Rugby Africa is committed to supporting African teams from the early stages of preparation for international fixtures such as the Olympic Games and others.

Through Rugby Africa, African teams that have qualified for the Olympic Games and Olympic Repechage will train together and play friendly tournaments at shared preparation camps.

With Covid-19, opportunities to play at the highest level have been limited and it has also proved difficult for some teams to travel outside Africa. The training camp for African teams is the first of its kind that will give real meaning to the term solidarity.

The teams will share their experiences and learn from each other in the process. Even though these matches will be friendly encounters, teams will be able to gauge their quality against some of the best teams on the continent.

According to Rugby Services Manager for Africa at World Rugby Steph Nel, the venue for this season’s fixtures will be at the leafy Stellenbosch Academy of Sports and Markotter Sports Field in South Africa.

Sevens’ coach Blitzboks Neil Powell gave an update on the readiness of the South African squad, which returned to full training at their Stellenbosch Academy of Sport base this week, with eyes fixed on success at the Tokyo Olympic Games in July.

“We are grateful for these tournaments organised by Rugby Africa to give ourselves and Kenya another opportunity to prepare for the games and hand Uganda and Zimbabwe playing time as they prepare for the Repechage tournament ahead of the Olympics that will take place in Monaco in June,” said Powell.

Uganda team manager Michael Wandera reiterated Powell’s sentiments and thanked Rugby Africa for dedicating resources and time to supporting the sport by providing a platform for teams to prepare to compete at the global level.

Kenya team manager Erick Ogweno says he looks forward to a stellar performance by his charges. Ogweno says he his team has invested a lot in discipline and endurance, which he hopes will guarantee the speed and agility his squad requires to excel. The team manager said his team’s appetite for success is high following the tremendous growth of the sport in Kenya over the years, and it is now more than ever important for the coaching staff and players to deliver success for Kenya.

On his part Zimbabwe team manager John Ewing anticipates an explosive encounter for his team, which he says is ready “for a clinical performance in the games.”

Ewing described the many challenges his team has faced in training due to Covid-19 and the resulting restrictions.

This year’s Men’s Sevens Solidarity Camp will bring together champions of African Sevens Rugby under one camp. Fans will also be able to watch highlights of the action-packed fixtures on Supersport, where they will be able to watch interviews and snapshots as well.

The Men’s Sevens Solidarity Camp promises to change the face of Rugby in Africa, open new ways and opportunities for collaboration amongst coaching staff, players and more importantly fans.

Overall, this initiative will grow the influence of Rugby in Africa, drawing more attention to the oval-ball. Such solidarity will inspire both young and old, to follow a sport that has already taught Africa that it is possible to be a dominating world champion. Rugby Africa Vice President Andrew Owor wished all participating teams the best of luck in the forthcoming Men’s Solidarity Camp.